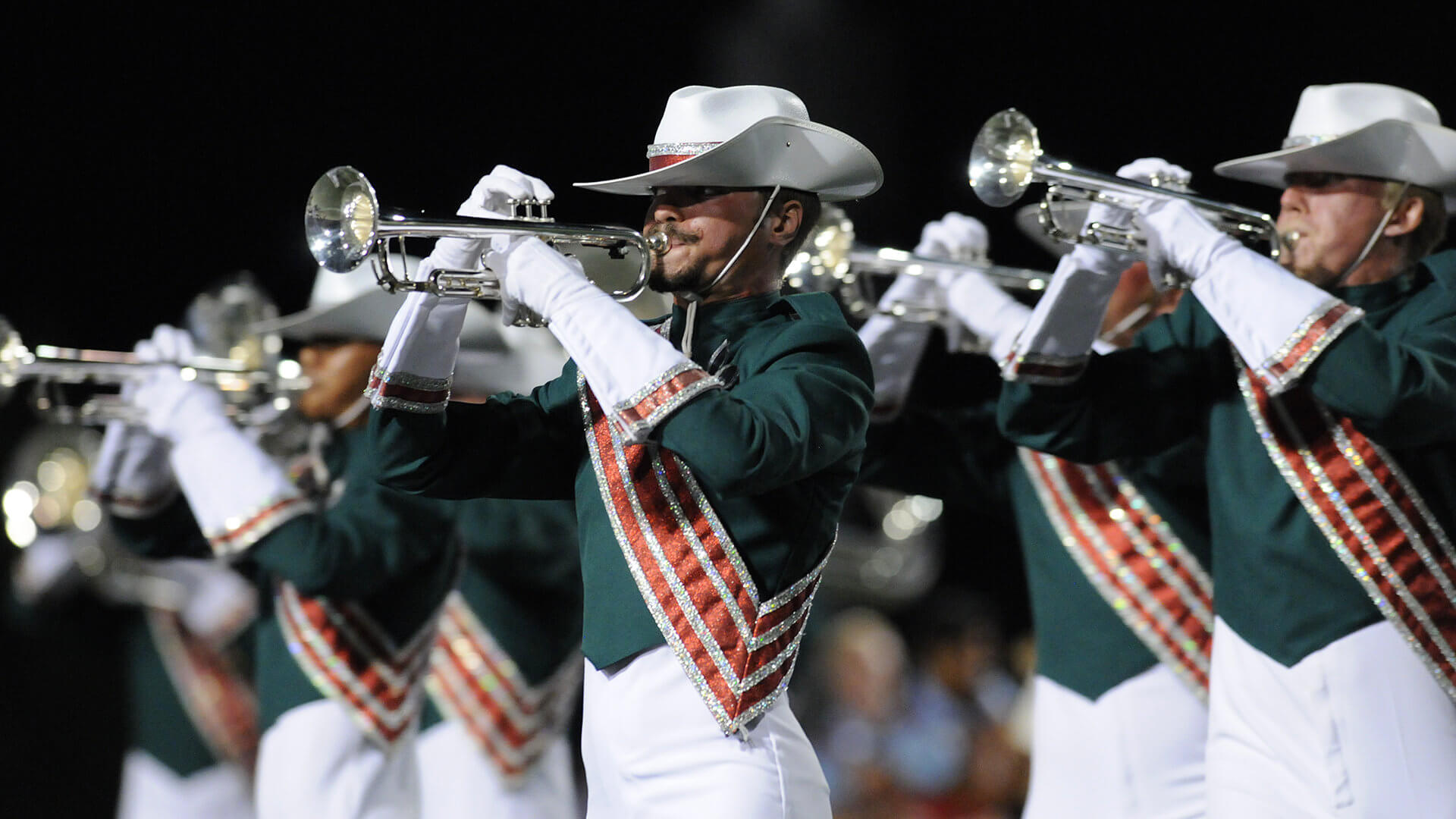 The Madison Scouts will spend the first part of their 2016 summer tour on the West Coast.Photo by: Drum Corps International

• Corps get set for final rehearsals of the off-season

You can “Meet the Academy” during a very special event on Saturday, April 30, in Gilbert, Arizona.

The Blue Devils’ next rehearsal camp is coming up soon, and you’re invited to stop by and take a look.

The Blue Knights named the members of its 2016 tour management team.

With a $25,000 matching donation on the table, now is the time the Blue Stars need your help to reach the organization's annual fundraising campaign goal.

Cadets fans, parents, friends and alumni are encouraged to visit the corps’ final rehearsal of the off-season on May 1 in Pennington, New Jersey.

The Carolina Crown color guard and percussion sections will be in Fort Mill, South Carolina this weekend for their last rehearsal camp before spring training.

Here are just a few of the ways you can support the ongoing operations of the Cascades.

The Cavaliers posted a teaser video hinting at what the corps will perform in 2016.

The Colts are accepting nominations for the organization’s Hall of Fame Class of 2016.

Motivational speaker Fran Kick will be in attendance at the Crossmen rehearsal camp this weekend to lead the organization’s staff and leadership seminar.

Genesis is in search of non-CDL drivers to work with the corps during its 2016 summer tour.

The location of Gold’s color guard auditions on Sunday, April 24, has been moved to Colony High School in Ontario, California.

The Bakersfield College drum line, a program of Golden Empire, wrapped up its season last weekend at the WGI Percussion World Championship in Dayton, Ohio.

Jersey Surf’s video production team helped put together a behind-the-scenes look at what it takes to run a broadcast production during the DCI World Championships.

Spending the first part of their summer tour on the West Coast, Madison Scouts members will join Santa Clara Vanguard for the organization’s Family Day event on June 27 in California.