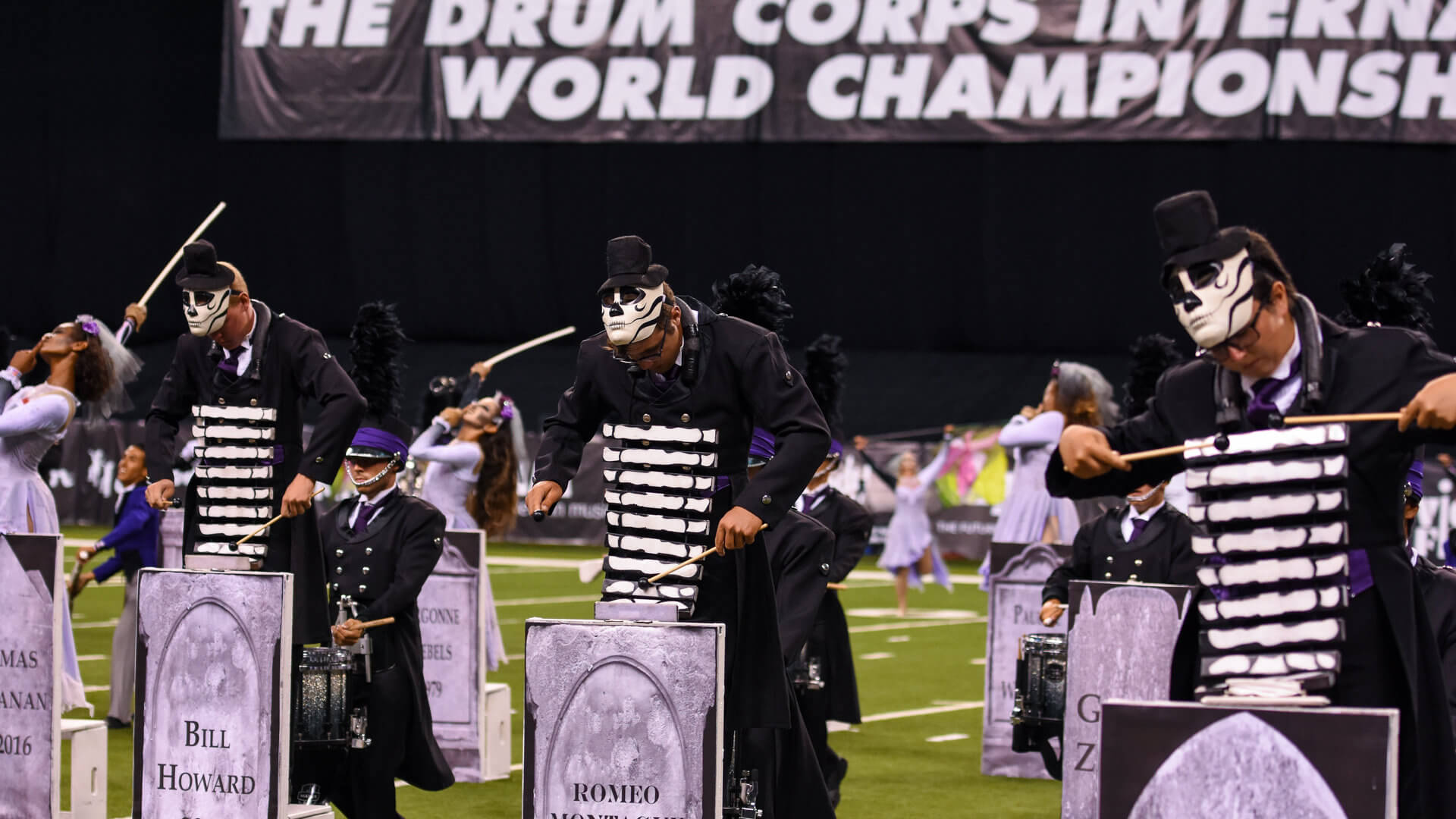 A decade after its first Open Class Championship title, the Academy will become a first-time World Class finalist.

With its “Drum Corpse Bride” production, the corps added just under a tenth of a point to its score between Thursday’s Prelims and Friday’s Semifinals at Lucas Oil Stadium, finishing in 11th place with a score of 87.225.

For veteran age-out drum major JT Ziervogel, 2016 will be written into the history books as the year the corps was no longer a bridesmaid and now a bride.

“I kept getting asked the question of why I kept coming back [to the corps],” Ziervogel said. “I told them that I’ve been through the worst that this corps has been through and that I want to take it to a place that it’s never been before. I want leave it better than I found it. To finally be able to say that I did that and accomplish that ... It’s really hard to describe.

"This is ending the way I’ve always dreamed about. It’s a storybook ending for a love story of an unusual kind.” 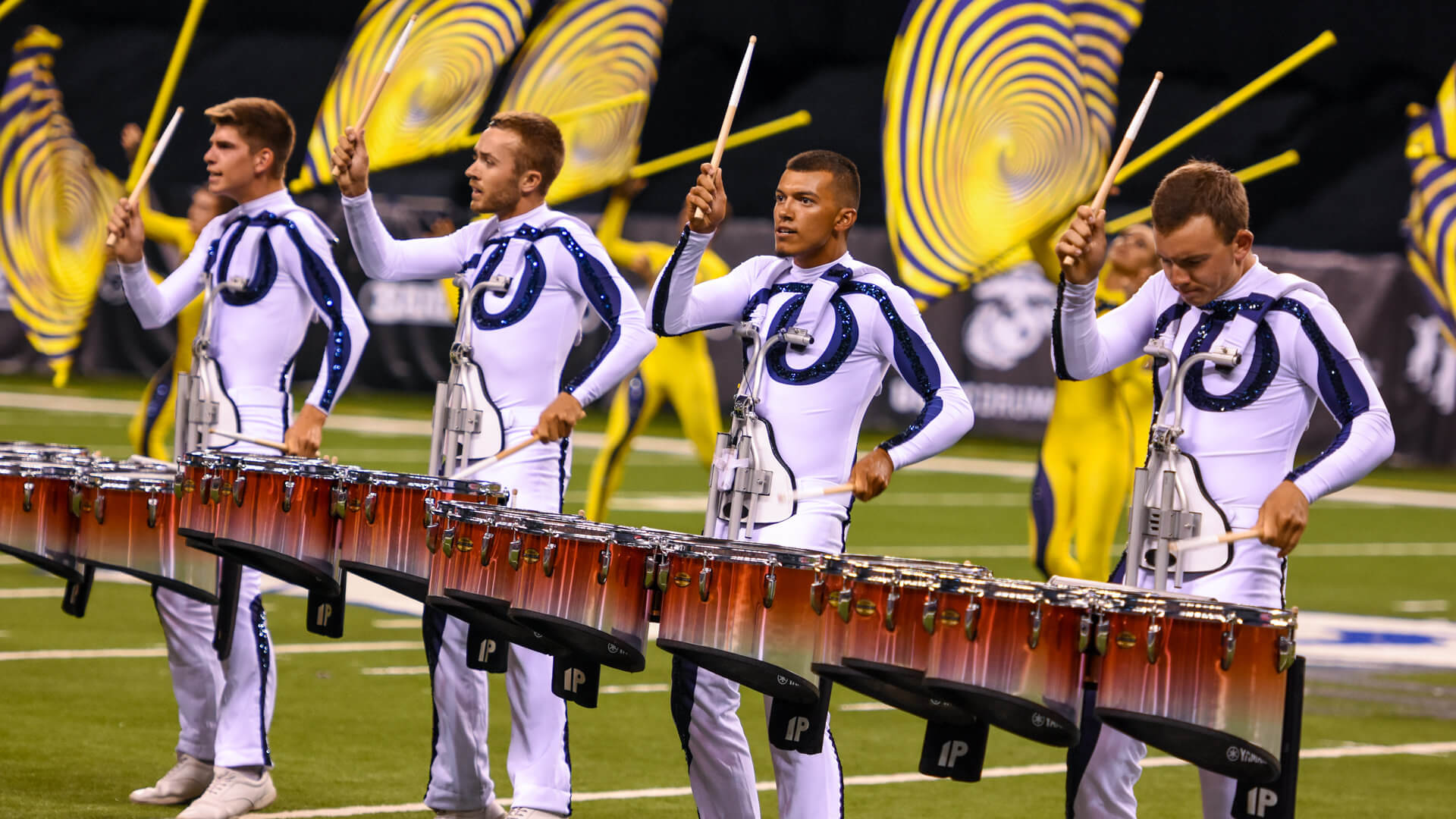 At the top of the field, the Bluecoats (1st, 97.263) will return tomorrow with dreams of being announced as a first-time DCI World Champion. The corps held a slim lead on the Blue Devils after taking first place in the General Effect caption.

Bluecoats age-out trumpet player Josh Meyer said tomorrow will be an emotional day for him.

"It’s a little surreal,” Meyer said. “We’ve come a long way as a corps, and now—you never know what’s going to happen. But it’s amazing to see how much the corps has grown, and how much I’ve grown, and how far the corps has come for me to stand right here. I’m going to cry my eyes out tomorrow. Cry all the tears.”

The defending World Champion Blue Devils (2nd, 96.988) kept things extremely close, just over two tenths of a point away from the ‘Coats.

“We were all so in tune with each other that the performance just really jumped off the field and the audience participation was amazing,” Blue Devils age-out mellophone player Kirin Daniels said after coming off the field of Lucas Oil Stadium.

Carolina Crown (3rd, 96.925) could be a darkhorse coming into the Finals competition with only a razor-thin margin of 0.063 points to make up to pass the Blue Devils and just over three tenths of a point to pass the Bluecoats. 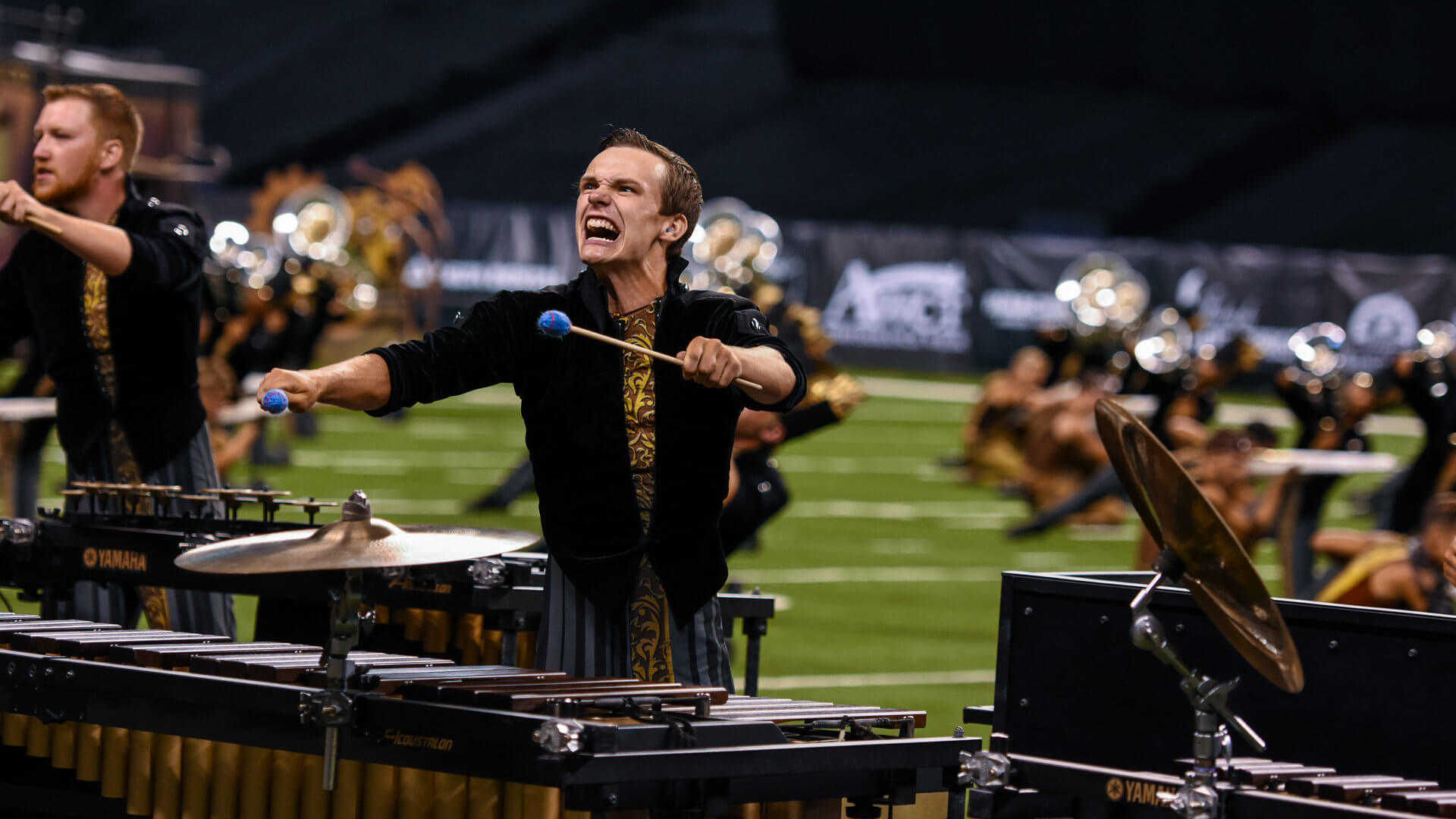 Even this late in the season, Carolina Crown color guard member Derek Vereen said the corps’ staff continues to push them to be their best every single day.

Santa Clara Vanguard continues to keep a solid hold on fourth place (94.888) adding more than half a point to its total score since yesterday.

The Cavaliers (5th, 93.775) managed to turn the tables on the Cadets (6th, 93.225) during the Semifinals, just the second time they’ve done so this season. With the edge in the General Effect and Visual captions, members of the Green Machine gave themselves a 0.550 buffer to hold onto coming into Saturday’s Finals. 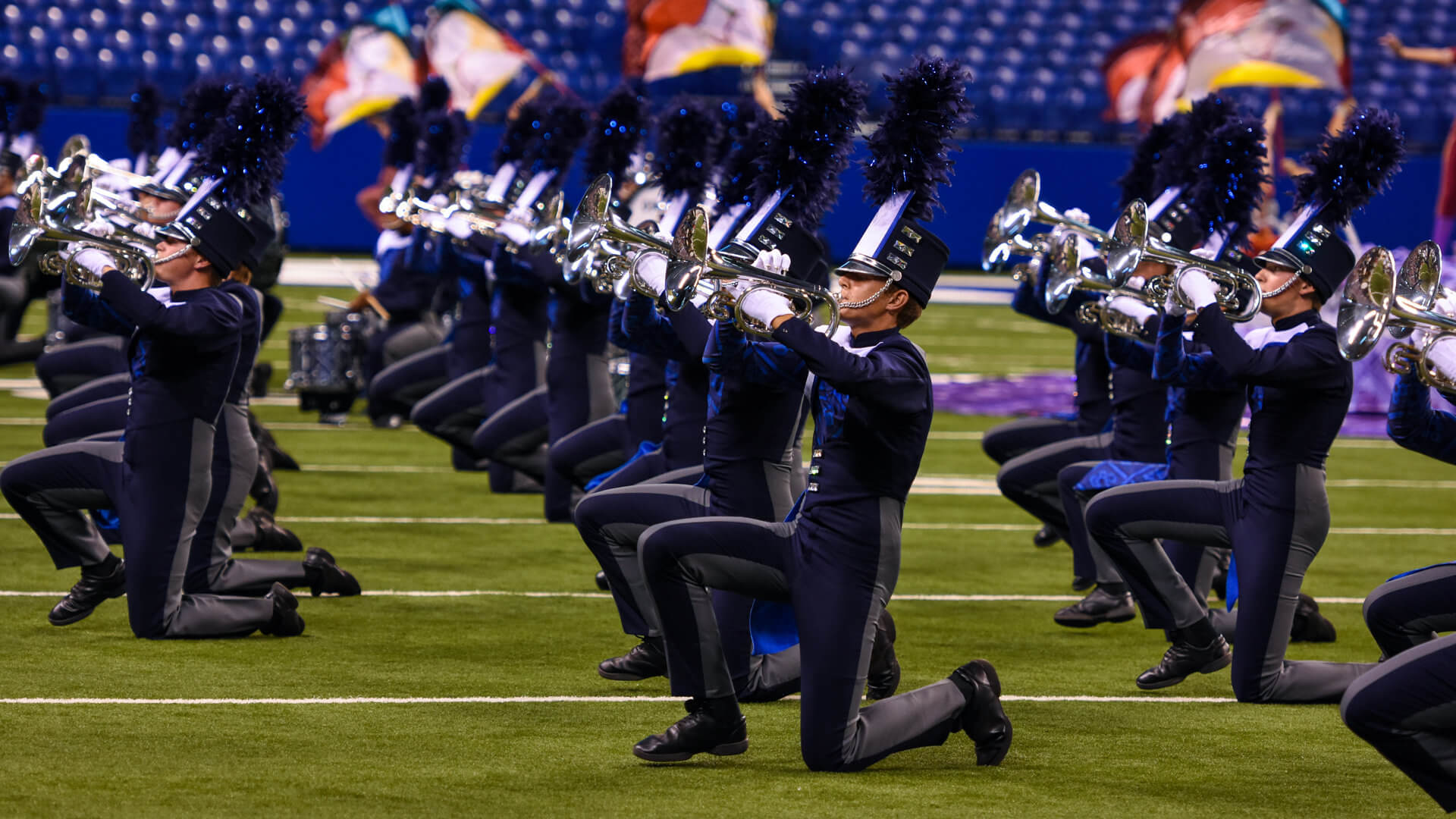 Phantom Regiment brass arranger, Will Pitts, said the corps is getting strong again after many members have been ill over the last week.

“I thought they had a wonderful show today,” Pitts said. “We have come off a week of a pretty serious illness so yesterday was the first time they had all 150 people in the show in three or four days so this is a big moment. Obviously it takes a little bit to get back in the groove of things so today they’ve had a great rehearsal and a really fantastic run.”

Crossmen finished in 10th with a score of 87.650. 2016 will mark the third-straight Finals appearance by the corps from San Antonio. 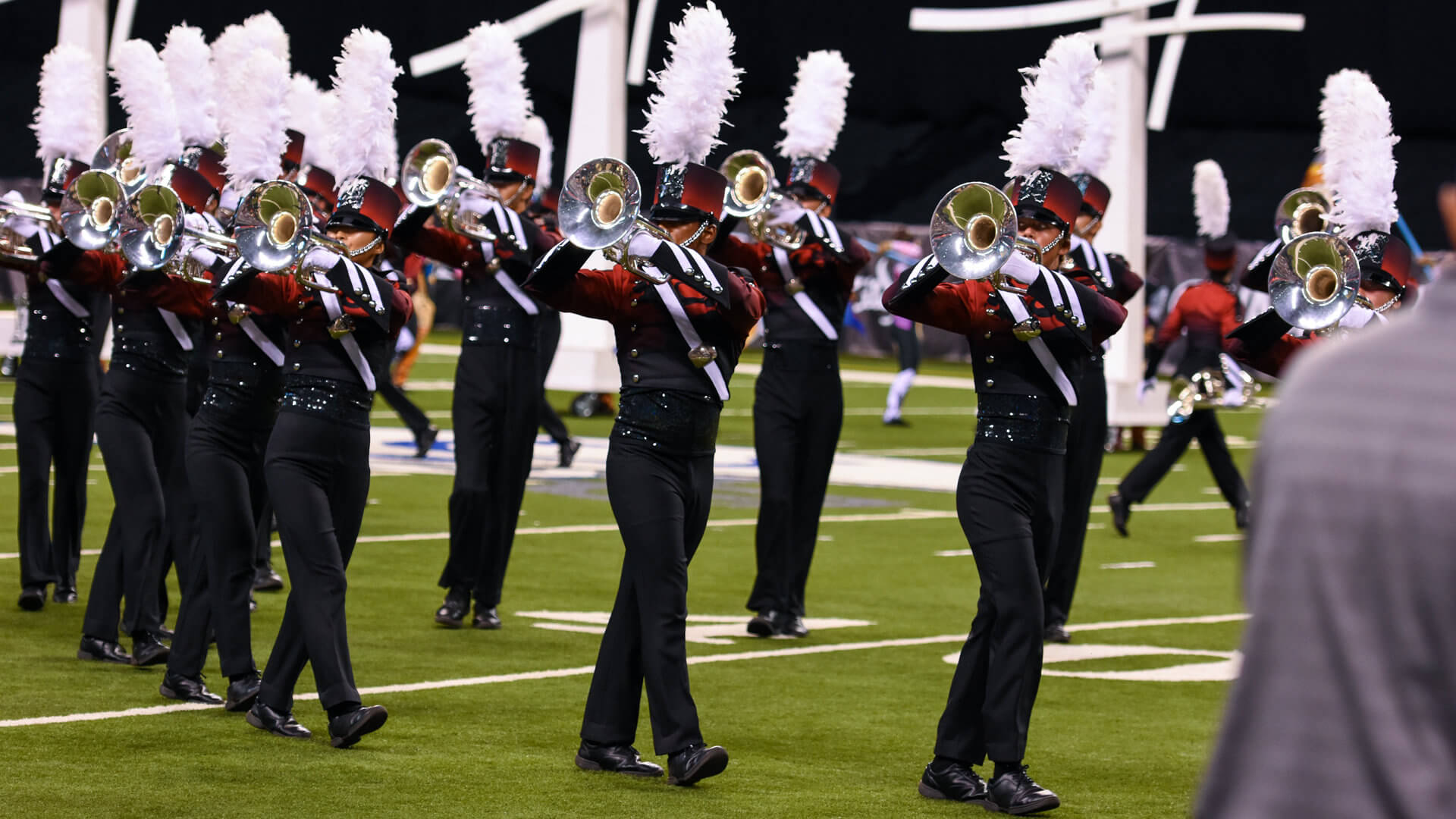 “They fought ... they never gave up,” Boston Crusaders director Jeff Pearson said. "This is a tenacious drum corps that is just determined to keep fighting. They have believed in their staff that keeps fighting. They went to work and they practiced harder day after day after day. I can’t be any prouder of what they’ve accomplished [all season].”

“I think we did really well,” Pacific Crest drum major Thomas Jenkins said. “We had a very young corps this year and they developed and matured so much as musicians and people.” 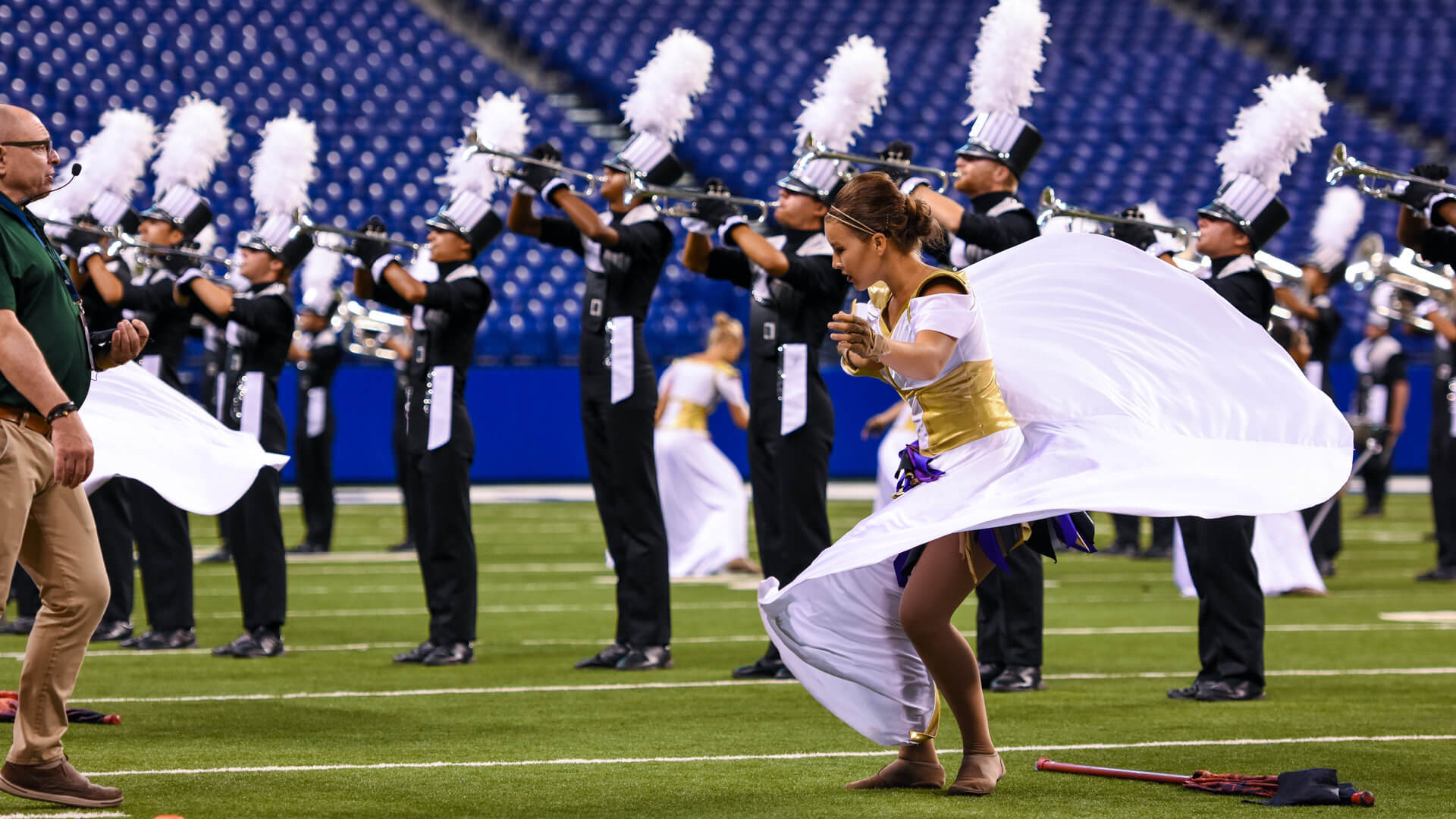 In another flip-flop in placement, Genesis (23rd, 73.375) passed Legends (24th, 73.150) who despite the slide, improved its placement by one spot since the corps’ first-ever Semifinalist appearance in 2015.

“I don’t have words to explain how meaningful this has been,” White said. “We took a program that at the beginning of [spring training], I honestly didn’t know how we would succeed. We turned it into the greatest [show] we have ever put on the field, and I am so incredibly blessed to be a part of it.”

The Spartans finished in 25th place with a score of 71.475, marking the sixth-straight year the Open Class corps from Nashua, New Hampshire has finished as a Semifinalist corps.

The top-12 Semifinalist corps will advance to the final leg of the 2016 DCI Tour on Saturday, August 13. Gates open at Lucas Oil Stadium for the DCI World Championship Finals at 3:30 p.m., with pre-show entertainment at 5:30 p.m. and the Boston Crusaders stepping off at 7 p.m.