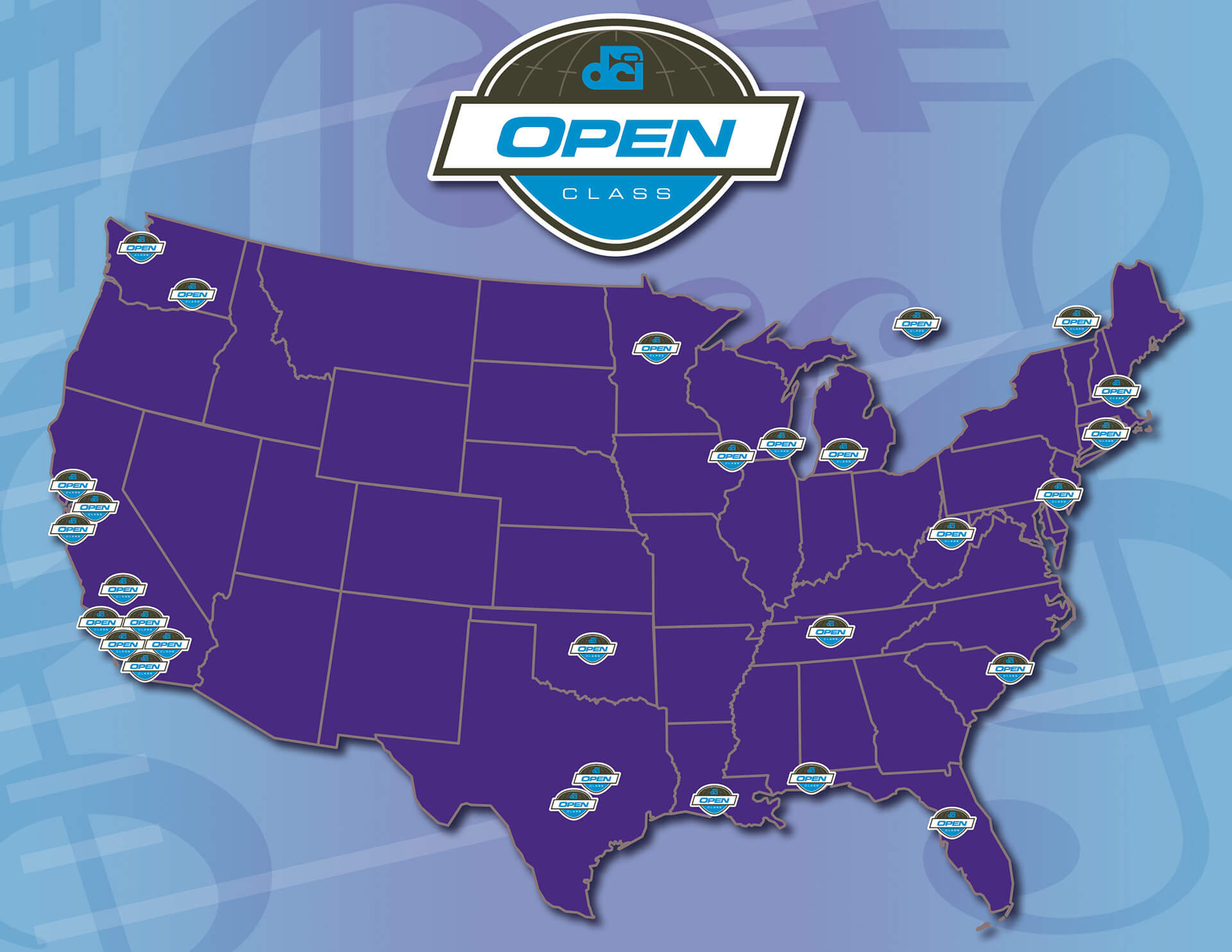 The prospective groups hail from a variety of regions across the United States including Southwind from Alabama, River City Rhythm from Minnesota, Heat Wave from Florida, Jewel City from West Virginia and Freedom from Oklahoma.

The applications of these new groups come on the heels of DCI's 2014 summer season, which saw one reemerging and six new Open Class drum corps take the field at summer tour events across the country.

"That's an impressive possible 12 drum corps added over two seasons which speaks to a renaissance in the drum corps activity like we have not seen since the 1960s or 1970s," DCI Open Class Coordinator David Eddleman said.

Eddleman elaborated that the startup of these marching music ensembles is likely the result of a number of factors, including an emphasis in Drum Corps International's business plan to engage as many students as possible in the drum corps experience. This objective has been aided in the past two years by the launch of new DCI-produced programs like DrumLine Battle and SoundSport, which provide new performing groups a logical and low-cost starting place to get involved with the DCI Tour even before becoming Open or World Class drum corps.

This has been the way Southwind, a reboot of the southern DCI corps founded in the early 1980s, has been approaching its return to competition. After seven years of inactivity, a group of the former corps' alumni came together with a goal of fielding a drum corps once again. The road to that objective started in earnest last summer when the group put together an ensemble to participate in SoundSport events in Huntsville and in Atlanta; both of which are near the corps' hometown region.

President of the Southwind board of directors, Benjamin Lamarre, said that exposure was enough to catch the interest of even more of the corps' alumni who helped create a groundswell of support to put the corps back on the football field. Despite the recent surge in attention, Lamarre says that his organization is taking a slow and calculated route to DCI's Open Class with a focus on serving students in its local area.

"By starting small and doing everything one step at a time, we hope to do things correctly to ensure long-term viability," he said. "We are not looking to be a flash in the pan. We want to be the organization people along the northern Gulf Coast think of when they think about drum corps."

While these groups aren't guaranteed to be Open Class drum corps in 2015, they are taking the next steps necessary to become performing ensembles under the Drum Corps International umbrella. Prospective groups were required to submit an application by January 15 outlining their intentions to take part in the DCI Tour including a detailed business plan indicating that the group has the necessary financial and administrative backing and infrastructure to supports its members.

Next, prospective drum corps will begin submitting corporate documents and other materials to be reviewed by DCI officials. During this review period, the corps will work to prepare their boards of directors, administrative and instructional staff members, and student performers for the requirements of summer travel and competition. At a pre-determined point in the spring, a DCI representative will visit the corps' rehearsal camp for a final pre-season checkup as part of the evaluation process.

Eddleman says that emerging organizations use very different models today than they did to start drum corps 10 or 15 years ago. Though all organizations are unique in their own ways, he says that the most successful startups share a number of common traits:

• They share instructional staffing and even equipment with those programs.

• They focus on cultivating relationships with local businesses and other cultural, educational and youth programs.

• They place their focus on corporate infrastructure including board development and finances.

Following many parts of Eddleman's recipe for success, River City Rhythm from Anoka, Minnesota, is another prospective organization that is aiming to field an Open Class corps in 2015. The group got its start in 2009 as an indoor drum line unit, and as that performance ensemble grew, Executive Director Beau Hansen saw an opportunity to utilize local resources to add a drum corps in an underserved area of Minnesota.

"We want to bring this activity to as many students as we can," Hansen said. "There are a lot of great marching programs in this area and the closest corps for them are either a long drive or plane flight away."

Hansen says that adding a drum corps to his organization has been an easier endeavor than those who start from scratch since his group had already established 501(c)(3) non-profit status and had percussion instruments already purchased for its winter drum line. But the group still chose to ease itself onto the Drum Corps International stage last summer by sending its percussion ensemble to compete as part of the DrumLine Battle event hosted as part of the DCI World Championships in Indianapolis.

With the kickoff of the 2015 DCI Tour about five months away, these fledgling corps will anxiously await the results of their evaluations as they continue to recruit members and host rehearsal camps throughout the winter months.

"It's like Christmas morning for everyone involved, and we are all excited to see what's under that tree," Lamarre said.