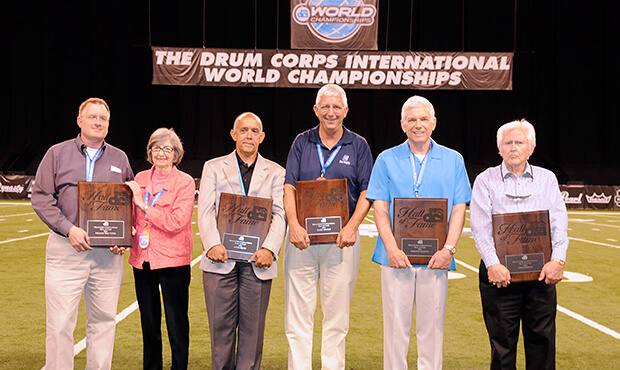 The DCI Hall of Fame Class of 2014 is honored during the DCI World Championships in Indianapolis last August.
You can play a part in selecting the individuals who will receive Drum Corps International's most prestigious honor in 2015. The DCI Hall of Fame is where the legends of drum corps are celebrated for the indelible impressions they leave on the marching music activity. Each year you have the special opportunity to be an integral part of the award process by submitting a letter of nomination and support for those who you deem worthy.