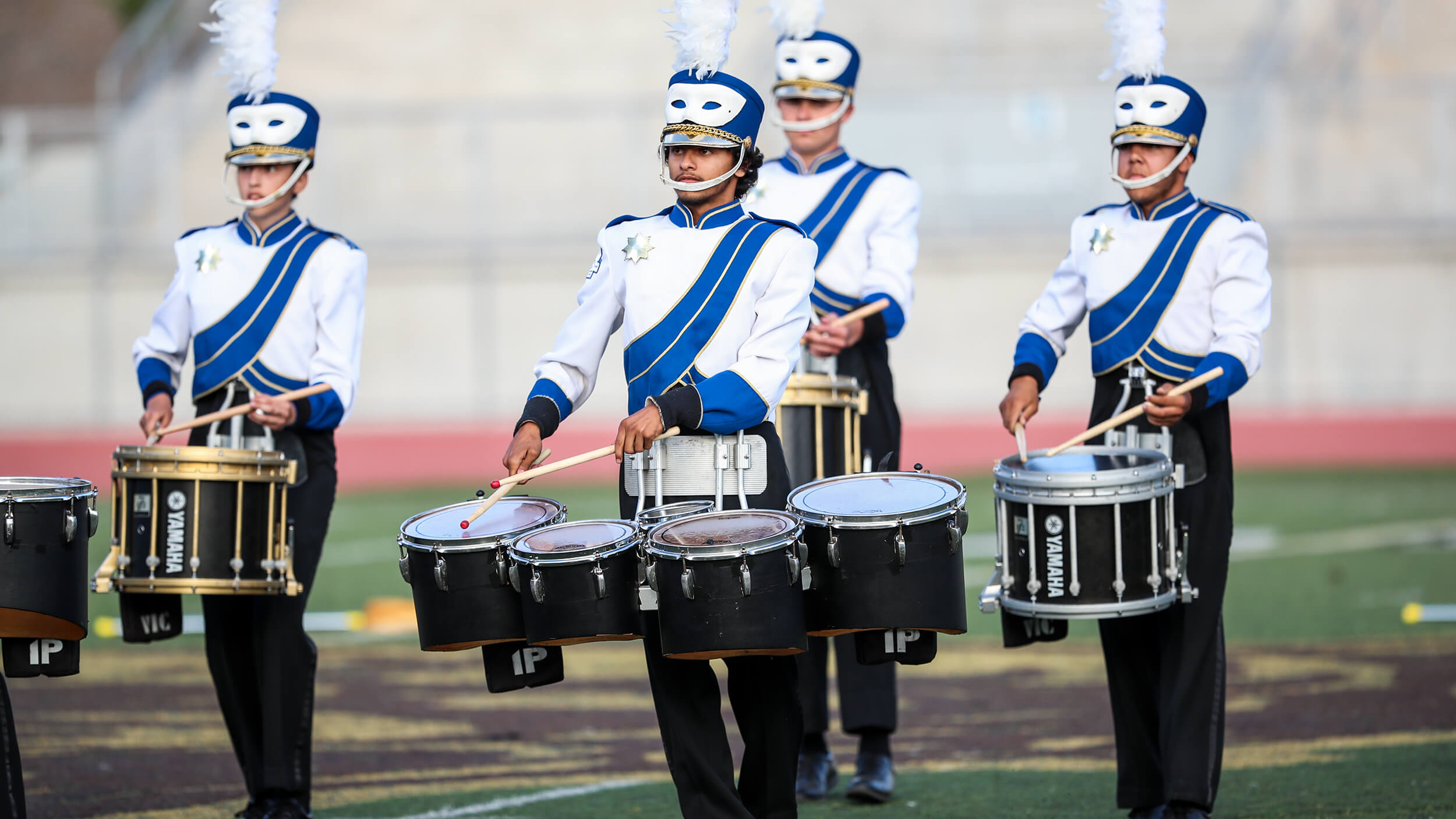 Drum Corps International Open Class corps Incognito will look to be the source of inspiration for audiences across California with their 2019 competitive production, “The Muse.”

“We are fans of mythology at Incognito, and we thought ‘The Muse’ will give us a great opportunity to tell a story of finding inspiration or being the source of inspiration for an individual’s creativity,” Incognito director Tony T Nguyen said.

Appropriately, the corps will draw its repertoire from the discography of Grammy award-winning English rock band, Muse, featuring “Resistance,” “Starlight,” and “Hysteria.” “We combined all of those together and arranged them in a way that the audience will recognize them and have a good time with it,” Nguyen said.

This season’s musical selections continue a creative path the corps has followed in recent years. When founded in 2008, Incognito gravitated toward original works composed by Nguyen who is an accomplished musician, producer and educator. Mixing in classical compositions over time, in 2018 the corps changed directions again with its Peter Pan-inspired “Neverland” production which featured contemporary artists including the Foo Fighters and Ruth B.

Visually, Nguyen says that “The Muse” will likely start with a single performer who will set the rest of the corps’ sections into motion. “Throughout the different movements we intend for a section to spark a creative moment visually which then picks up and spreads through the rest of the corps as we build off of that idea.”

Incognito is set to host its first audition camp of the 2019 season on April 28 in Brea, California. A later start than most drum corps across the country, Nguyen says that it’s a calculated change to the group’s typical off-season schedule made this year in the interest of recruitment.

“From winter percussion to color guard and other activities, we have so many things that are happening in our world in Southern California,” Nguyen said. “It’s often hard to keep our performer numbers up during winter rehearsal camps because everyone’s out doing other things. I made the decision to start later with the theory that we’ll be able to get the attention of more students and be better able to keep everyone engaged all the way to the start of the summer.”

As the corps continues to build and grow, Incognito will focus its 2019 summer tour within its home state of California. The competitive portion of the group’s season will get underway on June 28 in Vista, California, followed by stops in Pasadena, San Bernardino, Sacramento, Bakersfield, Pleasant Hill, and Norwalk, before ending the summer back in Vista on July 20.