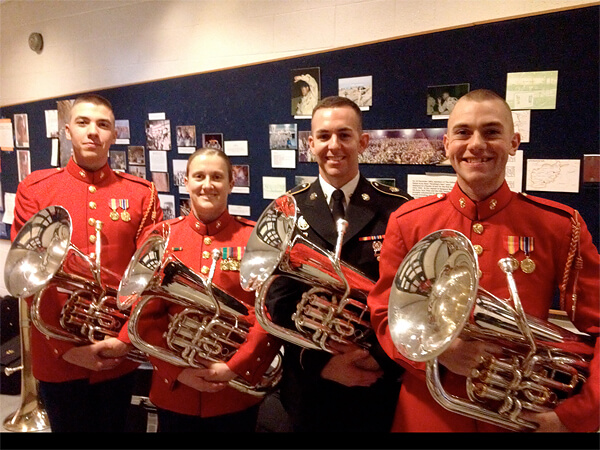 Taylor is in the Army's Training and Doctrine Command Band in Fort Eustis, Va., and Kevin, Courtney, and Matt are in "The Commandant's Own," The United States Marine Drum & Bugle Corps in Washington, DC. They performed with the Armed Forces Tuba Euphonium Ensemble during the workshop, and were able to document this rare opportunity to all play together wearing a different uniform (on concert euphoniums!).