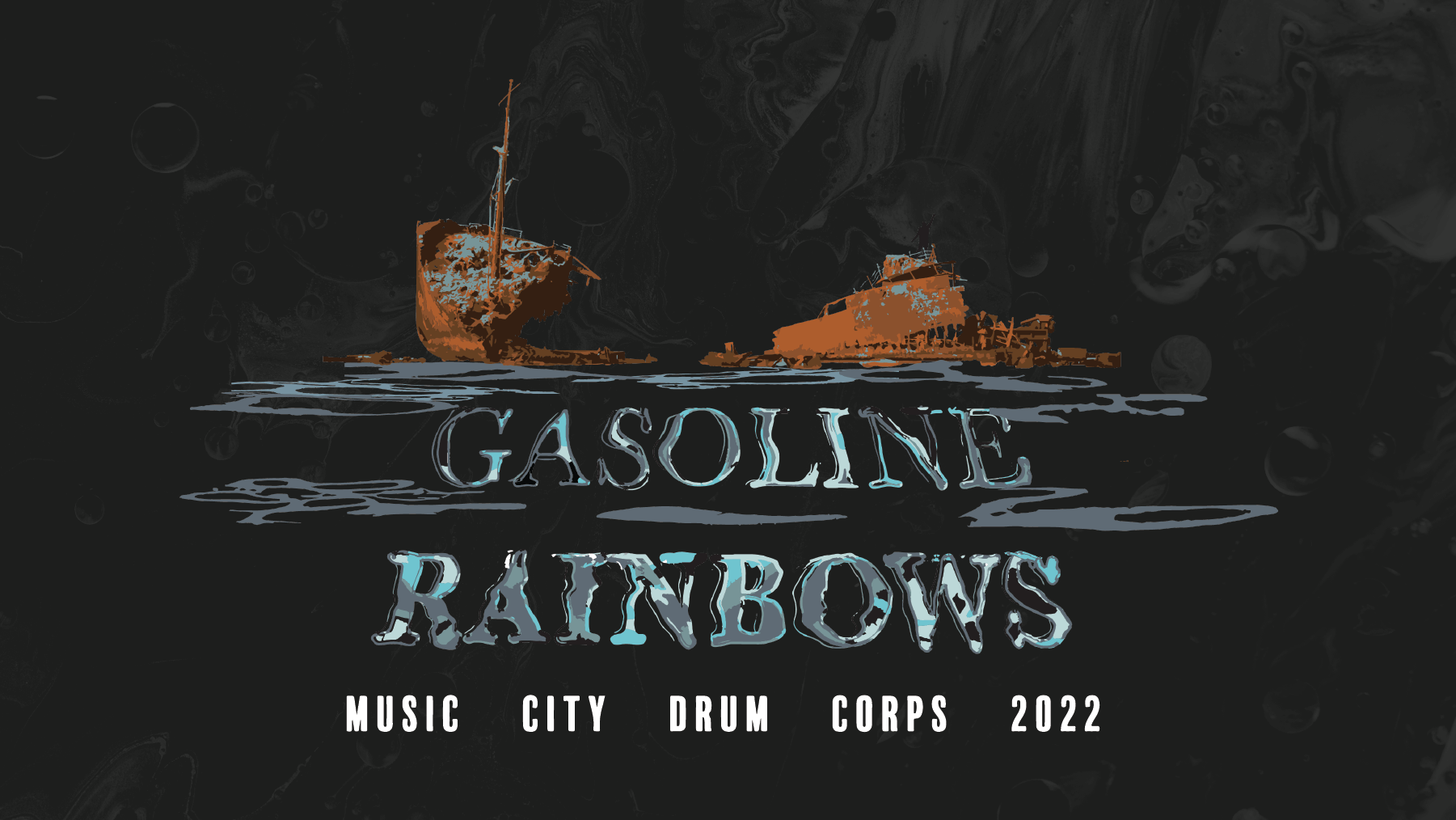 A repetitive noise caught Shane Gwaltney’s ear from around the corner at Ripley’s Aquarium of the Smokies in Gatlinburg, Tennessee.

Gwaltney, Music City’s program coordinator, at the time on a retreat with fellow members of the corps’ creative design team, described it as a consistent pinging sound.

He was drawn toward it, more out of curiosity than anything. Ultimately, the sound led him to a display of underwater ship ruins, presumed to be of a ship that had sunk during the 1941 attack on Pearl Harbor.

“The sound we were hearing was the sailors inside, beating on the steel hull,” Gwaltney said.

For Gwaltney, between a simple sound and the image from which it stemmed, inspiration had been struck.

“That right there, just a simple prop and a sound, really got my blood boiling in a lot of ways,” he said. “These were very, very creative opportunities that I was witnessing right there.”

So, Gwaltney and his team went to work, putting pen to paper on a production they envisioned would take Music City’s on-field image to a new level.

And then, suddenly, the season they’d been preparing for all along — the 2020 Drum Corps International Summer Tour — was canceled.

The production at hand was, reluctantly and painfully, placed on the shelf.

“Everybody in 2020 had invested time and resources into a show that they felt was going to be great for their ensemble,” Gwaltney said. “Well, when the rug was pulled out from everyone, everybody had to kind of regroup a little bit.”

“So many of us creators had some serious emotional problems when all the shows were yanked out from us,” he added.

Luckily, though, when the time came for another full, competitive season, “Gasoline Rainbows” was still there, waiting on the shelf for Music City’s design team.

Two years later than originally planned, it’s been dusted off, revamped, tweaked here and there, and placed into the hands of an excited group of performers ready to bring Music City’s long-awaited 2022 production to life this summer.

“Given the fact that we had already hashed out a good 70 percent of the show, we decided to go ahead and finish it and bring it to life,” Gwaltney said.

“The first minute of this production, people are going to ask, ‘Wait, who is this?’” Music City director Joe Roach said. “I’m really excited about that.

In Music City’s 2022 production, “Gasoline Rainbows,” the corps will bring to life the image of a shipwreck — akin to the one Gwaltney and his colleagues witnessed in Gatlinburg — and the story behind it.

Largely built on a foundation of original music, Gwaltney said the corps — as it often seeks to do — will portray its show on a “cinematic” timeline, through the eyes of a main character reminiscing on memories of the image presented.

“Throughout the show, we basically tell a story from the point-of-view of somebody looking back on an old rusted shipyard; we're not really giving details of any specific event that happened, I'm just using that Pearl Harbor idea as a an inspiration,” Gwaltney said. “Throughout the show, we’re able to kind of display this person’s memories; the very beginning gives a brief voiceover that sets up the show.”

According to Gwaltney and Roach, even beyond just the special on-field production they feel they have in “Gasoline Rainbows,” the show itself served as a compelling asset for recruiting, especially when it came to bringing back veteran members.

Many of the corps’ 2020 members were aware of, and excited about, what Music City had planned in terms of programming, and were piqued by the notion of finally being able to bring it to fruition in 2022.

“That was a great kind of recruiting tool for us,” Roach said. “‘Hey, this thing you were excited to do, we're bringing it off the shelf, and we're going to do it this year, so if you wanted to be a part of it, then you can be a part of it now.’ That's really helped.”

As a result, Roach shared that the Nashville corps is in a great position to return to a full corps after fielding a smaller group during 2021’s non-competitive, abbreviated DCI Celebration Tour.

“Like a lot of folks, we're still looking for a few performers,” Roach said. “But it feels more on target with a ‘normal year.’”

“Last year in the Celebration Tour, I think the number was 83 — we marched 83 performers,” he continued. “We did what we had to do to deliver a great experience. This year, we're getting back to filling three buses and blowing the roof off the place. So, we're pretty excited.”