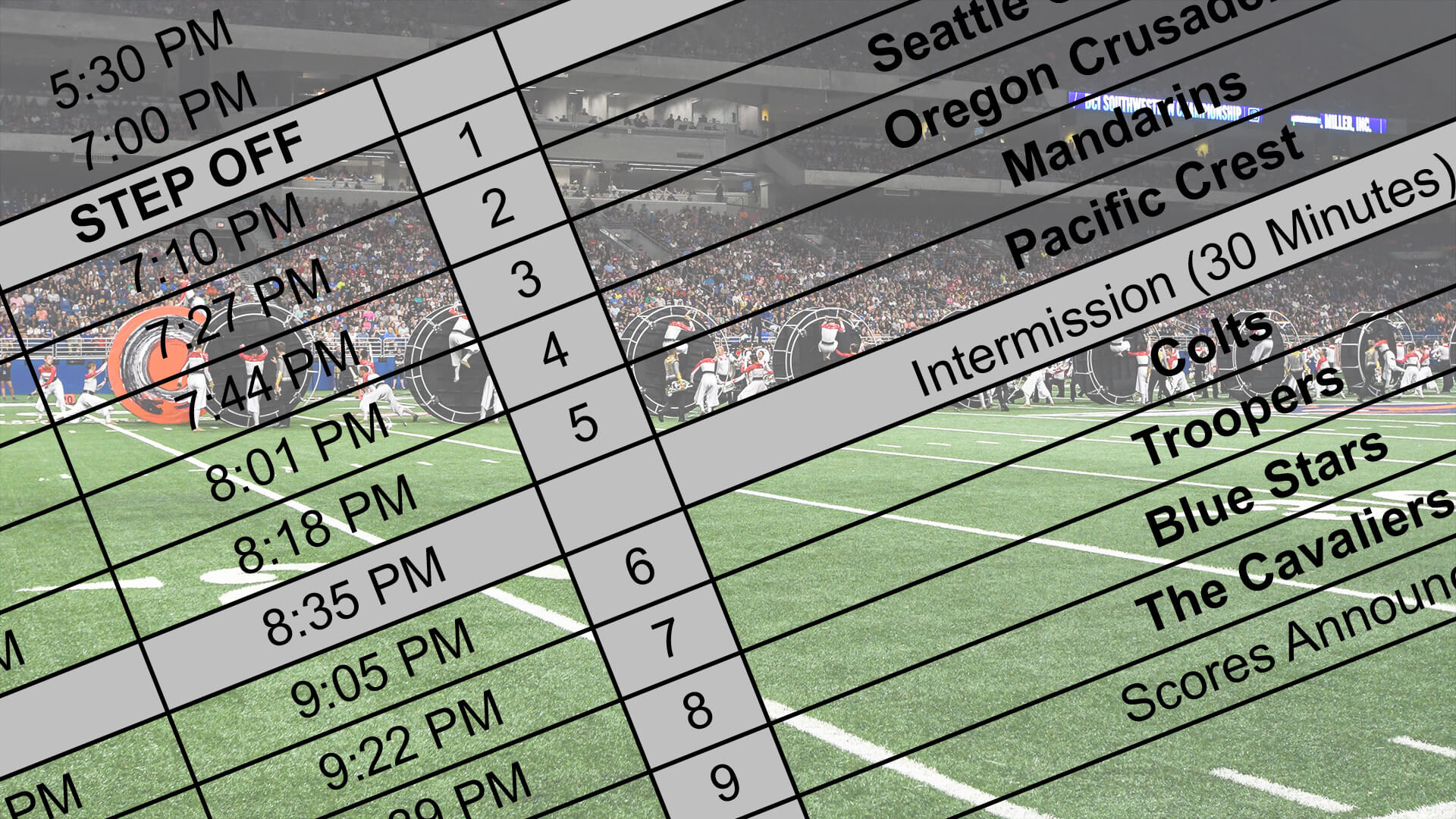 The proposal was offered by Mandarins executive director Jim Tabuchi in collaboration with representatives of other corps.

In previous years, lineups for events were determined by the placements of the prior year’s World Championships. The effect of Tabuchi’s approved proposal will more accurately seed corps into late-season events based on more recent competitive results.

“The impetus for this policy change is to recognize the corps’ performance level of excellence [relative to] the current year, rather than basing it on the previous year,” Tabuchi said.

1. Based on the reverse order of finish at the prior year’s DCI World Championships, the performance order for each DCI Tour Event prior to the DCI Southwestern Championship will be drawn in groups of threes (1st through 3rd, 4th through 6th, etc.), with the host corps having the option of appearing last when applicable.

2. For the first major regional events of the season  — typically near the beginning of July — corps will appear in reverse order of finish from the previous year’s World Championships.

3. The Southwestern Championship draw order will be based on the combined reverse order of scores from the first major 2018 regionals in Denver and St. Louis, then drawn in groups of threes. World Class corps not appearing at the first major regional(s) will be placed in the San Antonio order based on their most recent score.

6. The DCI Eastern Classic in Allentown draw order for each of the two days will be based on reverse order of placement from the Southeastern Championship, then drawn in groups of threes.

As in the past, it is expected that the performance order at the August 6  Open Class DCI World Championship Prelims in Michigan City, Indiana will be determined by averaging each corps’ top two scores from select events the prior week. Each corps will then perform in reverse order of those averaged scores.