Here is the second installment a new ongoing feature on DCI.org, something we have named "Recap." After every show, one can see instructors and others studying the competition recaps to see how the various captions stacked up. That form of recap is both analytical and informative. But recap also means to look back, go over the main elements of something and sum up what has come before. The "Recap" feature on DCI.org will cover all the facets of the word, delving into our collective history and allowing us to relive some of Drum Corps International's most significant moments, trends, and people. This will be accomplished through talking with people who have personally experienced the topic at hand, as well as people who have observed it from a distance. 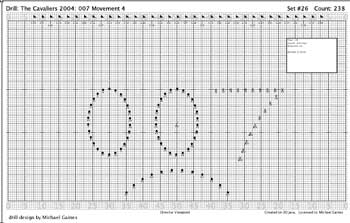