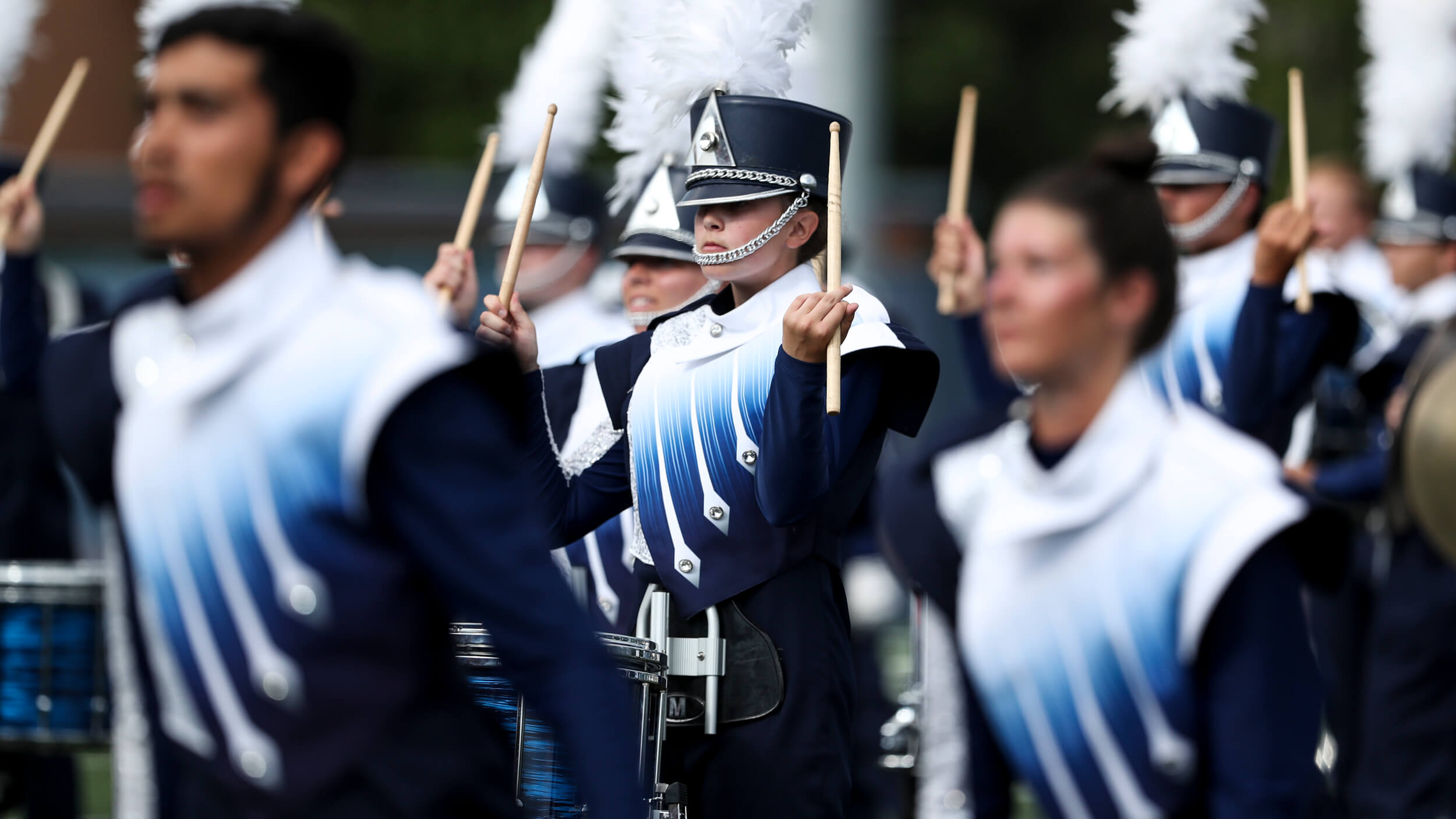 River City Rhythm is like any corps. In an ideal world, they’ll arrive at a show site plenty early, with ample time to unpack, warm up, and get in gear come performance time.

Sunday, the corps wasn’t able to enjoy that usual luxury.

En route to arguably the biggest event of the corps’ young season, its bus broke down. When the members finally arrived at the Menomonie, Wisconsin stadium, they had an abbreviated warm-up before heading out to the field for their third show of the year.

It turned out to be a blessing in disguise.

“I think that (situation) creates a lot of high energy and a lot of great thoughts and energy going into the field because you’re thinking about the show so quickly,” drum major Adam Shew said. “They got out there, they knew what they needed to do and it was just a great show given the circumstances.” 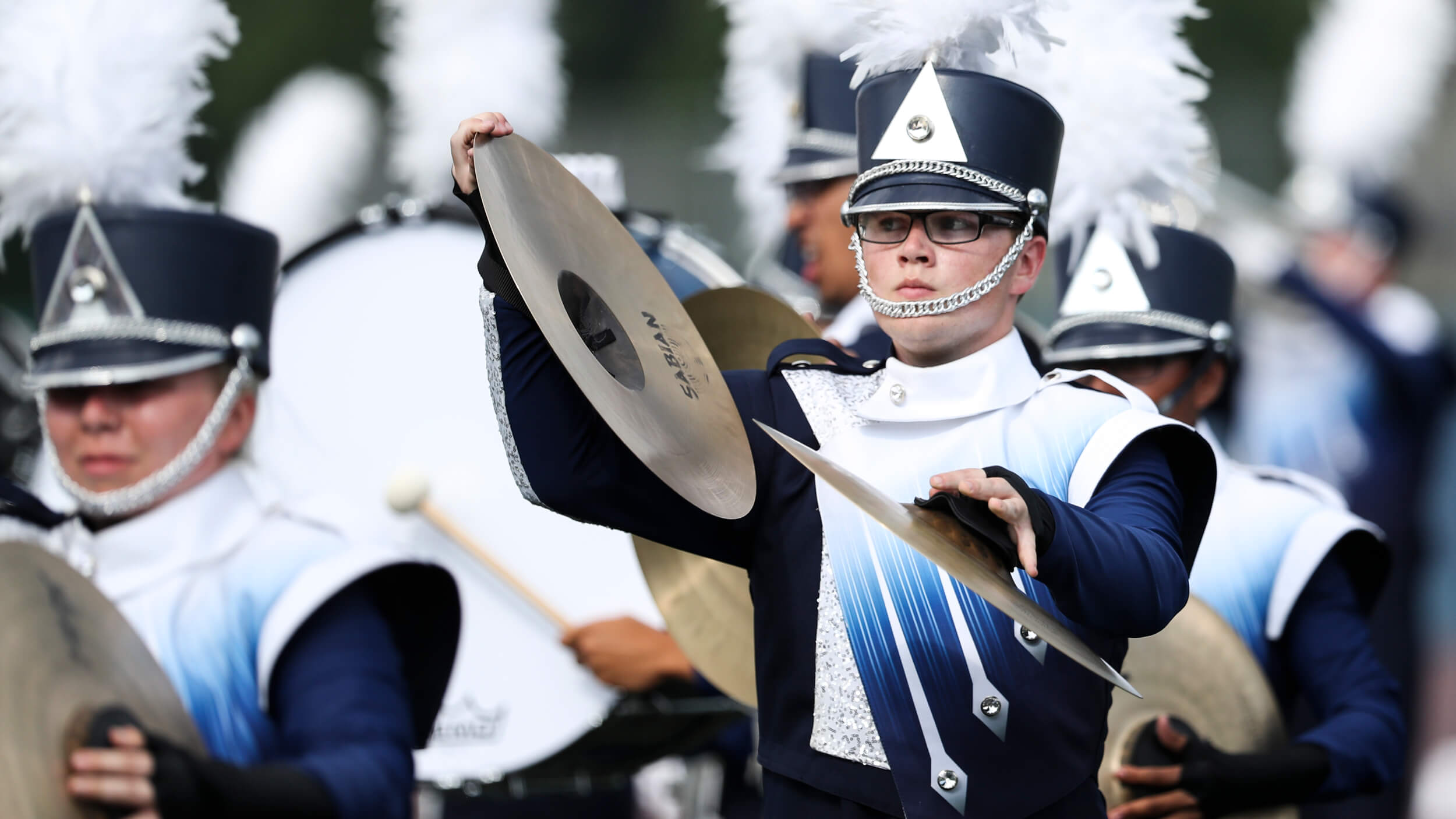 River City Rhythm (RCR) finished the event in second place in the Open Class division with a score of 57.350, placing them more than four points ahead of schedule compared to last season. At 2018’s marquee third-weekend event, DCI Minnesota, the corps notched a tally of just 53.300.

Shew wasn’t surprised in the slightest to see the corps re-group and deliver a strong performance.

“This group that we have this year is unlike any we’ve had before,” he said. “The group is pushing harder than any set of members we’ve had before. They’re working harder on the field, getting cleaner, faster. It’s such a great environment to be around.”

It’s no small sentiment for Shew to say the 2019 edition of RCR is “unlike any we’ve had before.” A year ago, the corps jumped from 11th to eighth place at the Open Class World Championship Finals, topping out with a score of 68.425, almost three points higher than its previous all-time best.

Already leaps ahead of their 2018 pace, it seems likely that River City Rhythm could continue to rewrite its record books. And, according to Shew, the carryover from last year’s success is a substantial contributing factor in that. 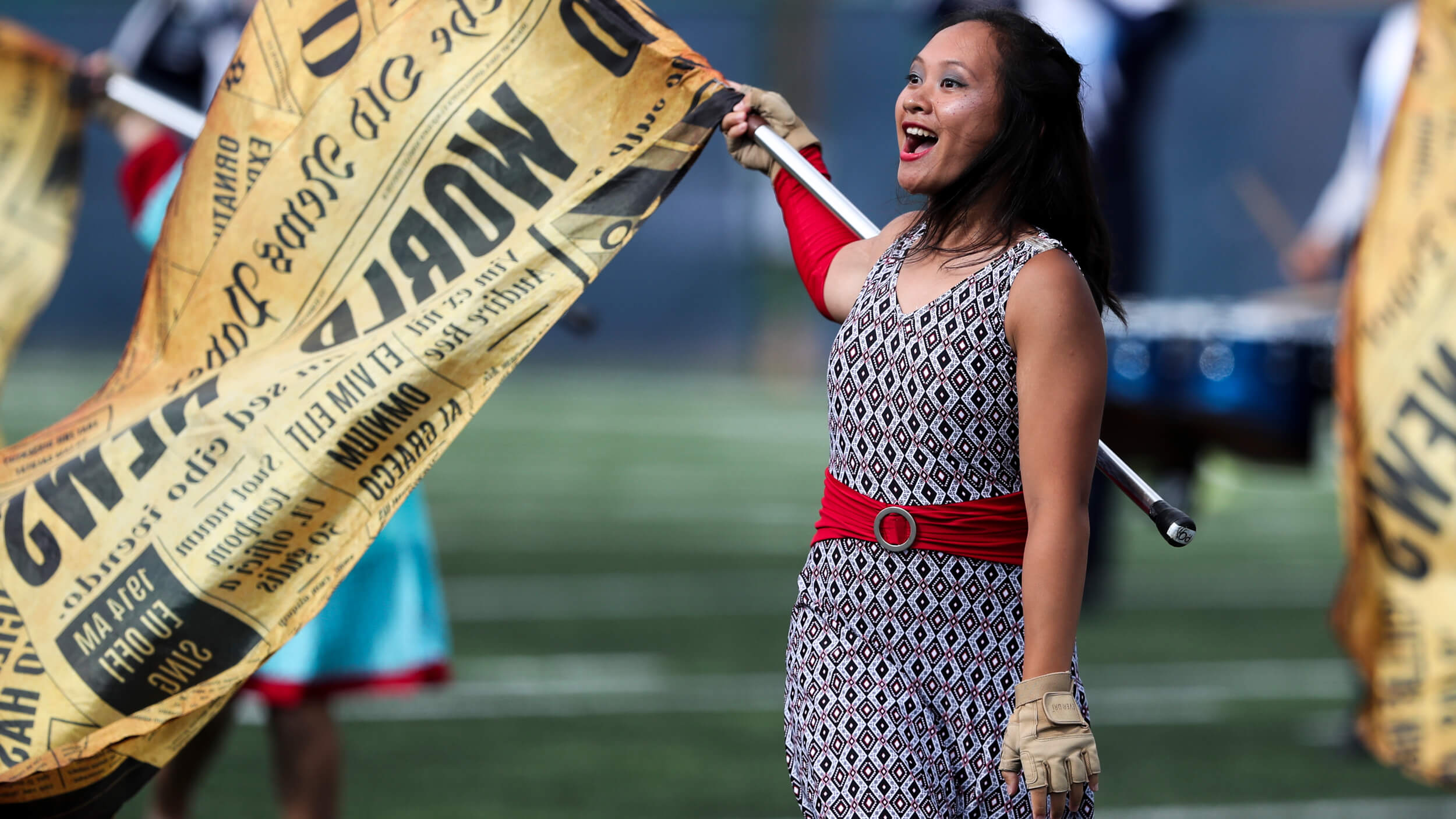 “It absolutely has carried over,” Shew admitted. “We took a huge step forward last year and I don’t think this year is going to be any different. The members who we have this year are pushing the organization, the staff, and each other further than we ever have before.”

Shew doesn’t get too caught up in scores or standings. To him, the corps will reap the benefits of high scores and finishes if they just worry about themselves and being the best that they can be everyday.