Spirit of Atlanta members warm-up in Cedar Creek Park outside J. Birney Crum Stadium in Allentown, Pa.
This past August—as they've done for decades—all 22 of Drum Corps International's World Class corps made their way to the East Coast for one of DCI's most revered events, the Eastern Classic in Allentown, Pa. With two lineups of corps split over two days of competition, the Eastern Classic annually gives drum corps fans a chance to see corps in their top form and to preview the excitement to come at the World Championships the following weekend. On the first day of competition in Allentown on Friday, Aug. 2, the Cadets established themselves on top. The hometown corps narrowly held off the surging Santa Clara Vanguard by a quarter of a point, marking the closest finish between the two corps so far that season. During the Saturday competition, first place still looked to be up for grabs coming into World Championships Week, with the Blue Devils edging the eventual champions Carolina Crown by just two tenths of a point. "For us, keeping our mental strength up has been a challenge," Carolina Crown Drum Major Linda Harvey said after her corps' performance in Allentown. "It's hard for members not to let their brains come in and tell them they're too worn down to keep going. But everyone's still wanting to keep our momentum going, to see if we can make history." Taking a look back at last year's events in Allentown, we've assembled several photo galleries from all of the action on the performance field at J. Birney Crum Stadium, to the happenings outside the stadium in the beautiful Cedar Creek Park warm-up area.

Experience One of Drum Corps International's Most Historic Events! 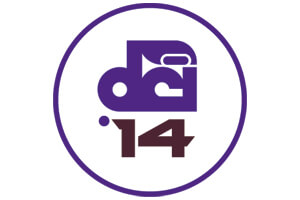 The Drum Corps International Tour will return to Allentown this coming summer, Friday, Aug. 1 and Saturday, Aug. 2. Ticket packages giving you access to the same seat for both Friday and Saturday's events went on sale to the general public Tuesday, Oct. 8. Orders can be placed by calling the DCI Box Office at 317.275.1212 or select your seats by placing your order online. Premium seating sections on the 50-yard line sell quickly, so reserve your spot in Allentown today! Learn more about the 2014 DCI Eastern Classic. Photos by Jessica Skogh, Linda & Sid Unser, Drum Corps International