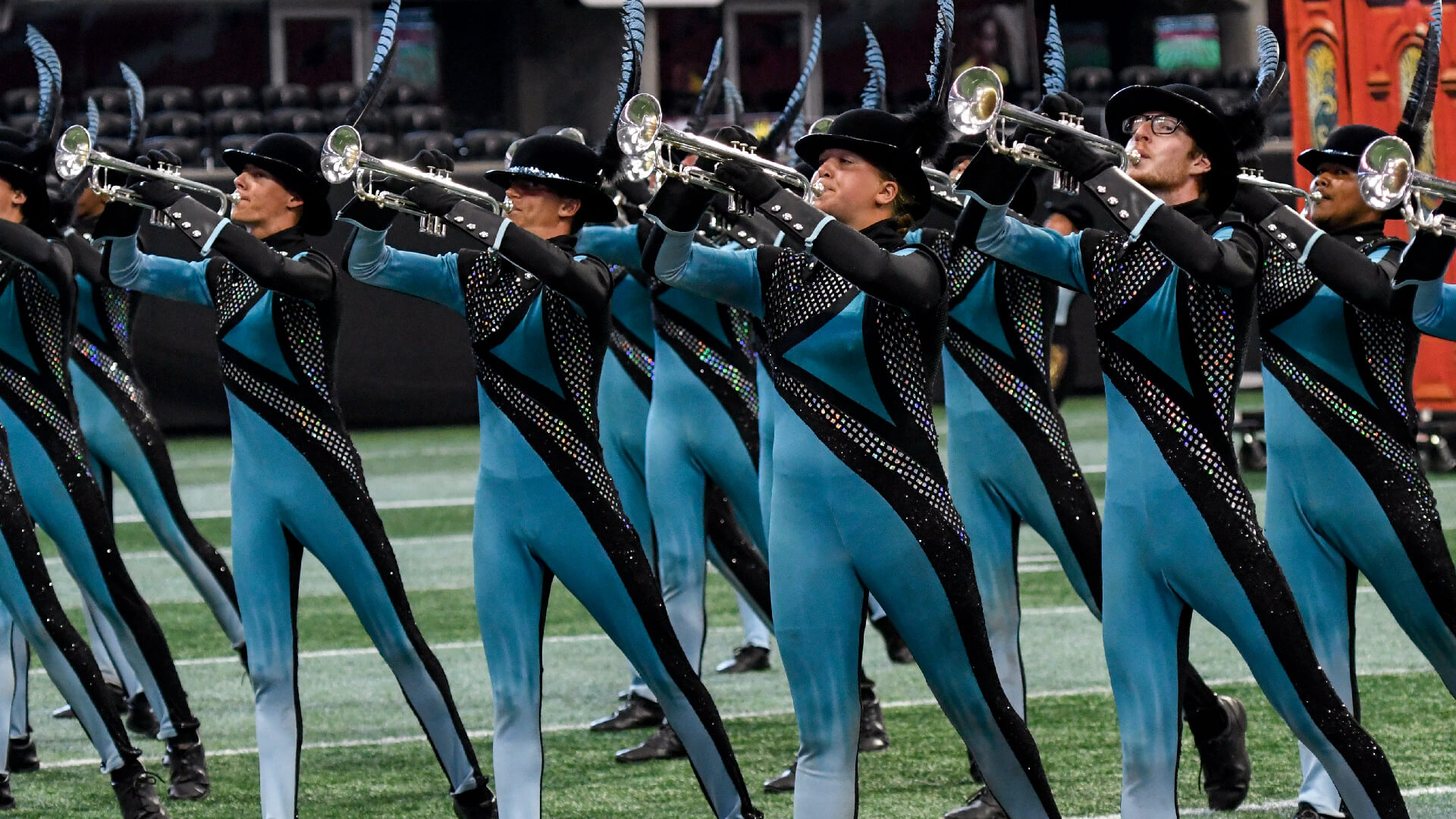 Spirit of Atlanta performs at Mercedes-Benz Stadium during the DCI Southeastern Championship on Saturday in Atlanta.Photo by: Drum Corps International

ATLANTA, Ga. — Spirit of Atlanta drum major Aidan Lerner is no stranger to the bright lights of Mercedes-Benz Stadium. He’s from the Atlanta area; he sees it all the time.

“Driving through Atlanta, it’s just a beast of a stadium,” he said.

According to Lerner, he’s a big fan of Atlanta United FC, the city’s MLS soccer team. When they’re in town, he’s often in the stands.

Read more about results from the DCI Southeastern Championship

Saturday night at the DCI Southeastern Championship presented Lone Star Percussion, down on the field of the venue he’s quite familiar with, Lerner and his corps netted a key goal, making an emphatic jump into 13th place in front of the hometown crowd.

But for a corps that hasn’t been a finalist since 2013, finished 21st just two years ago and is now less than a point from the Top 12 cut-off line, if anything, this season has been more of a hat trick.

“It’s like a springboard,” Lerner said of Saturday’s hometown performance. “You start on a level and then you jump onto the springboard and it pushes you up higher and higher.”

In terms of overall progress, Spirit’s 2018 season started strong and has only improved since; the Atlanta corps posted an opening score of 65.700, 4.6 points better than its first output in 2017. Since then, Spirit has found itself consistently scoring as many as four placements higher than it did a year ago.

The corps’ score in Saturday’s Atlanta event is already three points greater than its final number from last season, and is its best result, period, since the corps lasted participated in the DCI World Championship Finals. 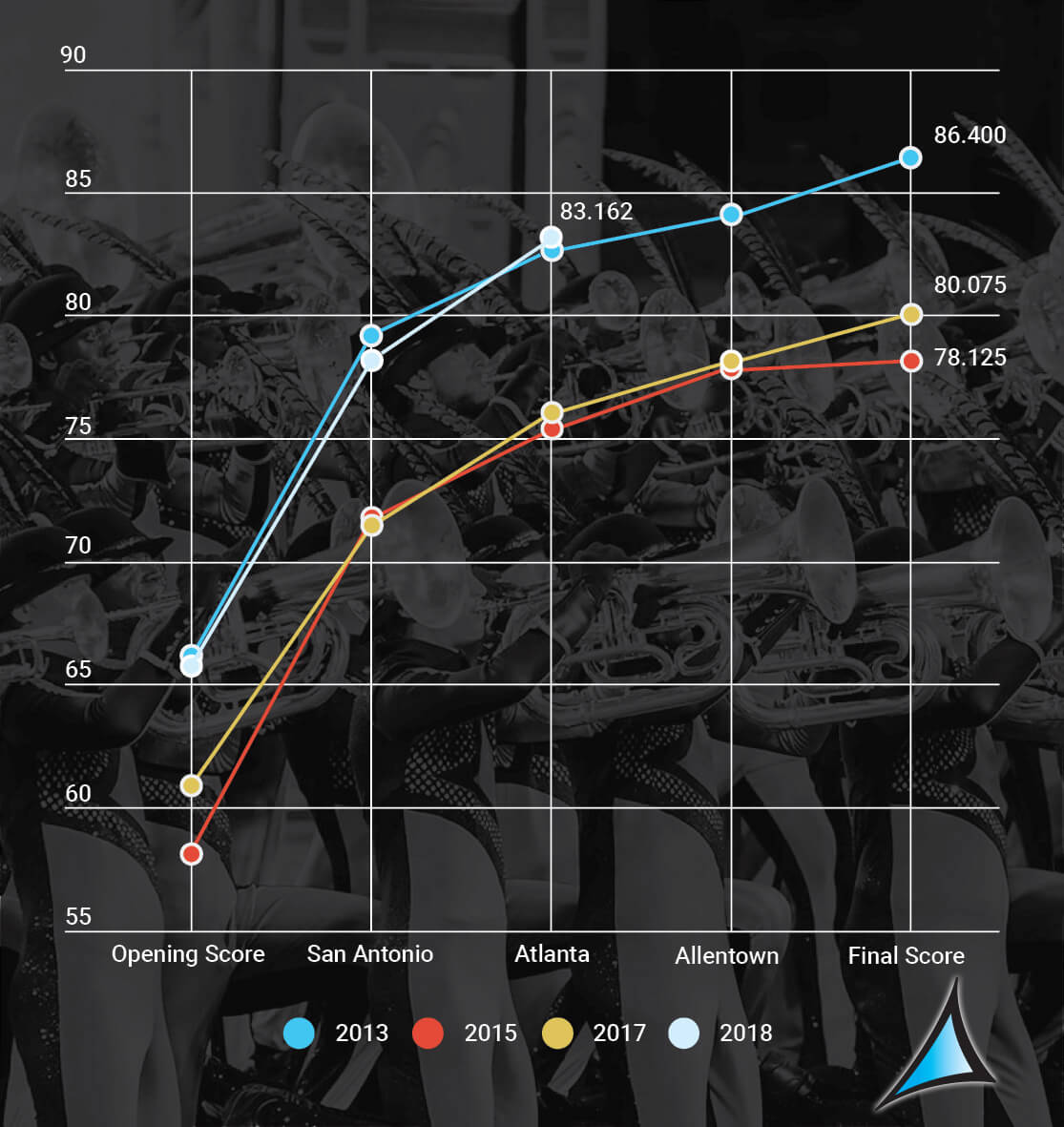 Such a major leap forward hasn’t gone unnoticed. Spirit’s hometown audience was remarkably receptive to the corps’ Saturday evening performance of its program, “Knock,” which has been one of many crowd favorites this season.

“It was absolutely exhilarating,” Lerner said. “Nonstop cheering from start to finish. Even during the quiet low parts of the show, you can still hear a little chatter of applause.”

Digging further into the story behind the success, Spirit has consistently earned impressive marks from judges in a handful of key captions. All season, music captions have been a major strength; the Atlanta corps took 11th in both percussion and brass Saturday night. 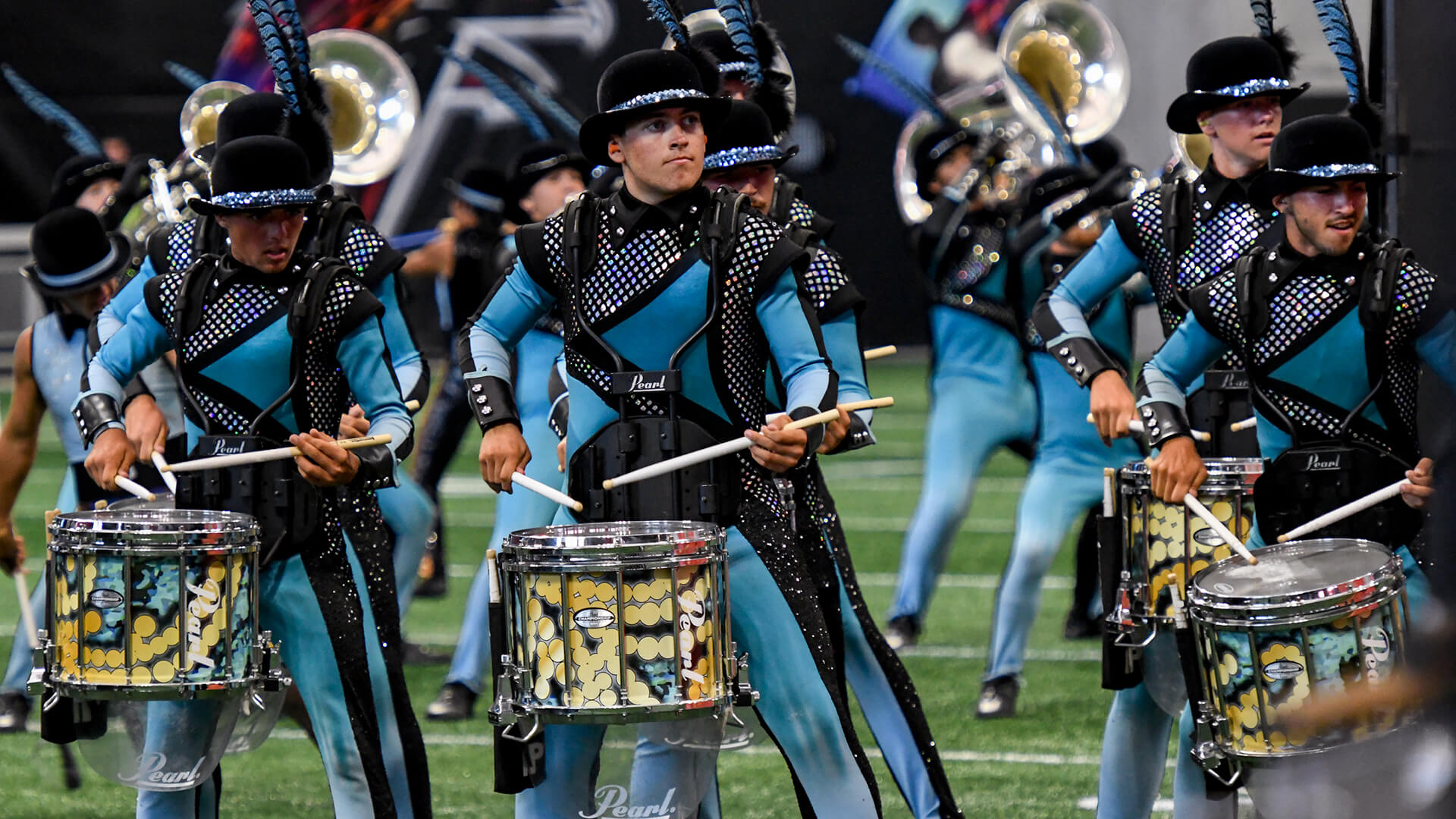 At the Southeastern Championship, Spirit’s general effect scores also emerged as an asset.

“Being a corps who has a regional as their home show, it just pumps the corps,” Lerner said. “I think it’s one of the coolest things possible, especially in the new stadium, it’s just fantastic.” 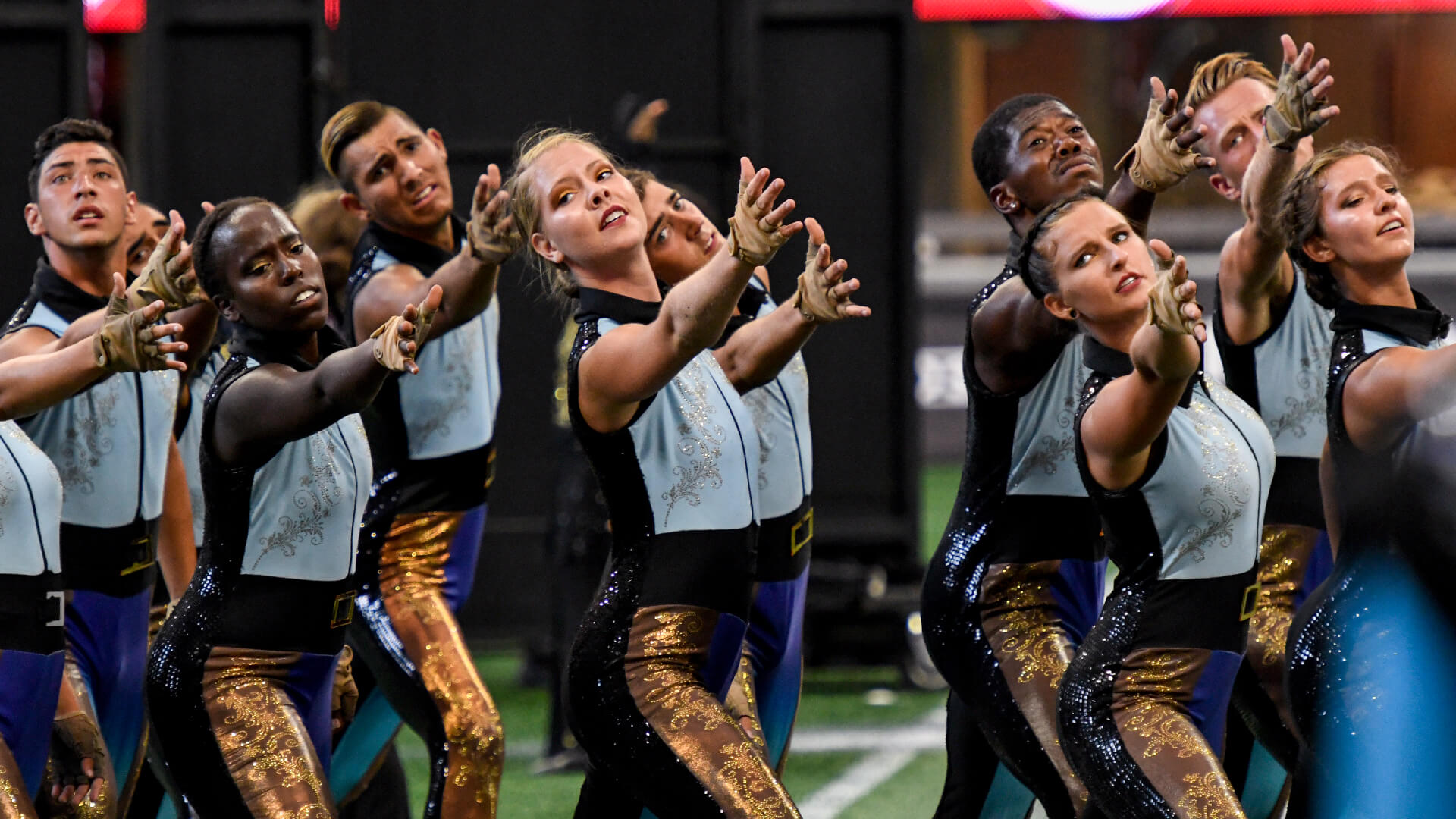 It’s yet to be seen how many more doors Spirit will open in 2018. With two weeks left in the DCI Summer Tour and the Top 12 cut-off line in sight, the days ahead, entering the DCI Eastern Classic in Allentown, Pennsylvania, will be telling as to how well the corps can capitalize on its standout hometown result.