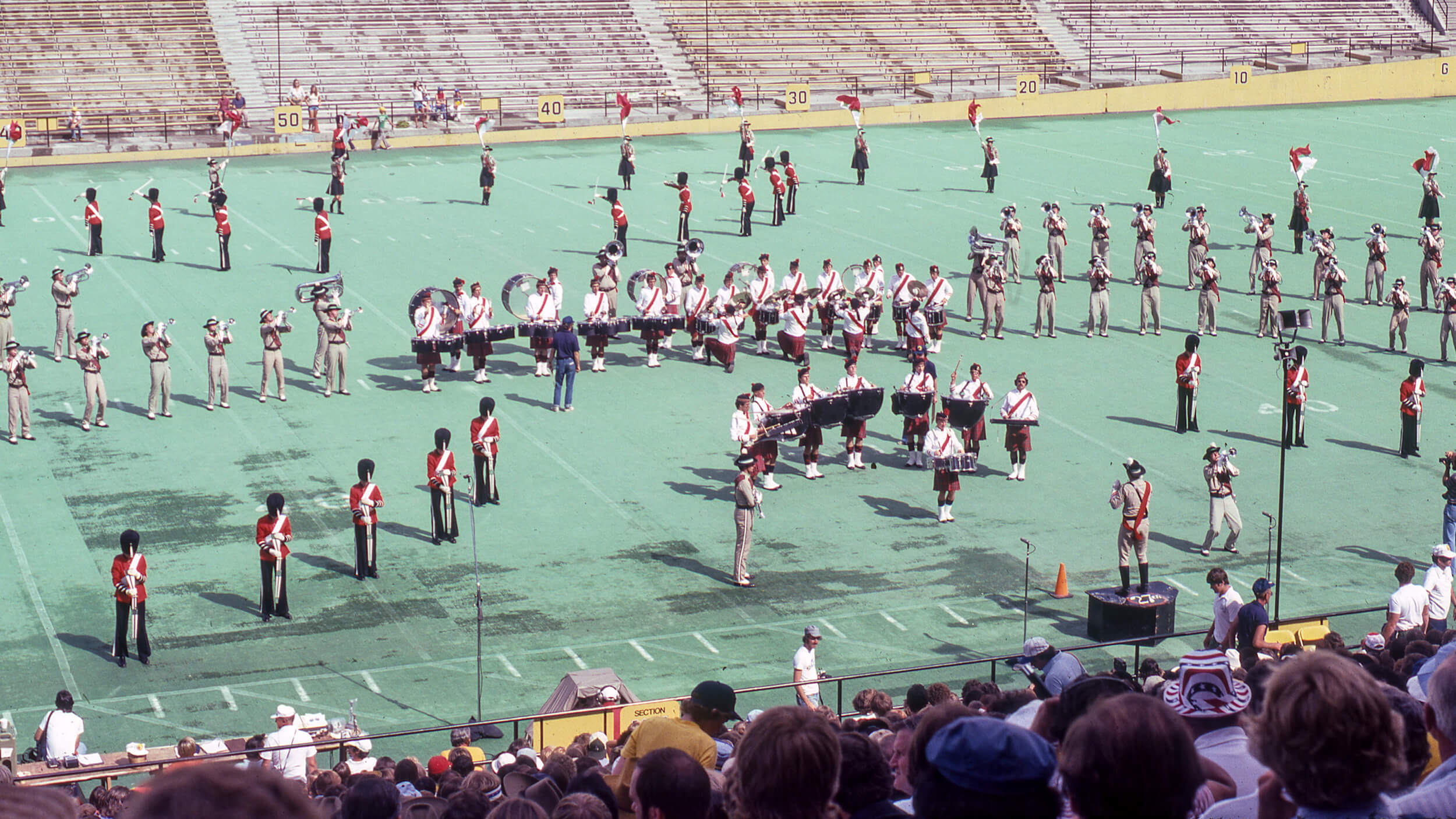 The 1977 Drum Corps International World Championship Finals were held on a Friday because the American Legion had already reserved Denver's Mile High Stadium for their National Championship on Saturday.

At the event, the Blue Devils received a perfect score in the Brass Effect and Percussion Effect scoring captions, ending just a tenth of a point shy of a perfect score in Visual Effect on the way to the corps' first back-to-back Championship titles.

One of the biggest headlines in Denver was the Bridgemen's disqualification due to what was claimed to be an interpretation of the overage rule. Crossmen earned a top-12 finalist spot for the first time, and the Cavaliers placed eighth in Prelims after re-writing half their show midseason.

Noticeably missing from the Finals were the Oakland Crusaders, who placed 15th while capturing the highest percussion score in Prelims, and Guardsmen, who placed 16th after besting the Cavaliers seven times throughout the summer. 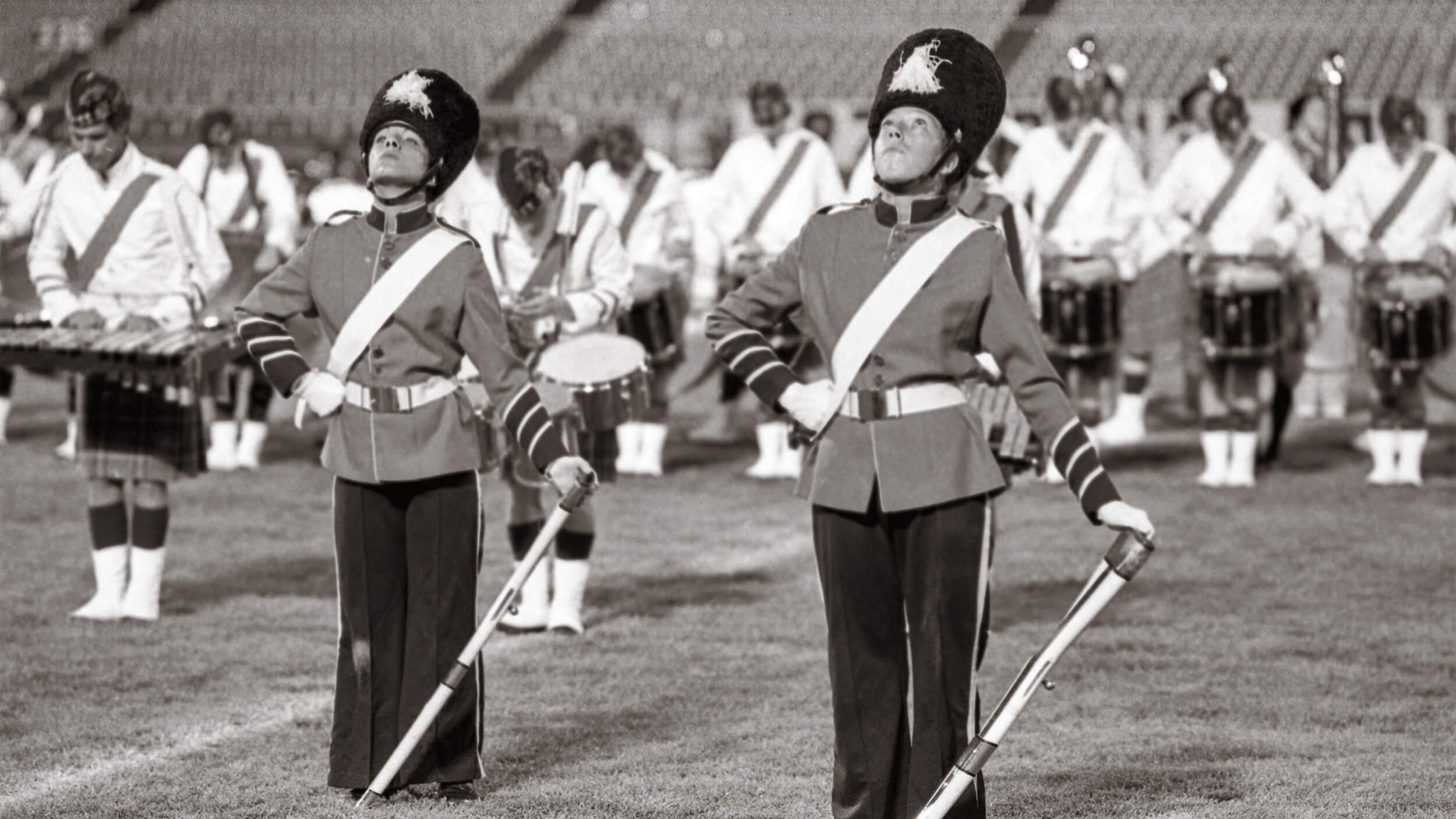 Despite the corps finishing eighth in the brass caption overall, the 27th Lancers placed fourth in 1977, matching their then-best placements from 1972 and 1975.

The corps’ production started with Bill Conti's "Fanfare" from the 1977 Academy Award-winning "Rocky;" the movie that propelled Sylvester Stallone to stardom. Released in November of 1976, several corps that year played music from the film in 1977, including the first-place Blue Devils.

The piece opened with a drum feature and the corps' powerful color guard section, which had its flag twirlers attired in blouses identical in tan color to the horn section's shirts and the rifles in a British Buckingham Palace-type red uniform top. Back then, it wasn't uncommon for guards to feature rifles in different attire than the flags, and in those days, guard members were typically either flags or rifles, but seldom both. The corps' percussion section was a whole different look, with white blouses and tartan plaid kilts.

The brassy articulateness of the opener gave way to a tag ending of the corps' popular tune, "Crown Imperial," with a sudden appearance of color guard members twirling double flags, introduced by the group during its 1975 closer. 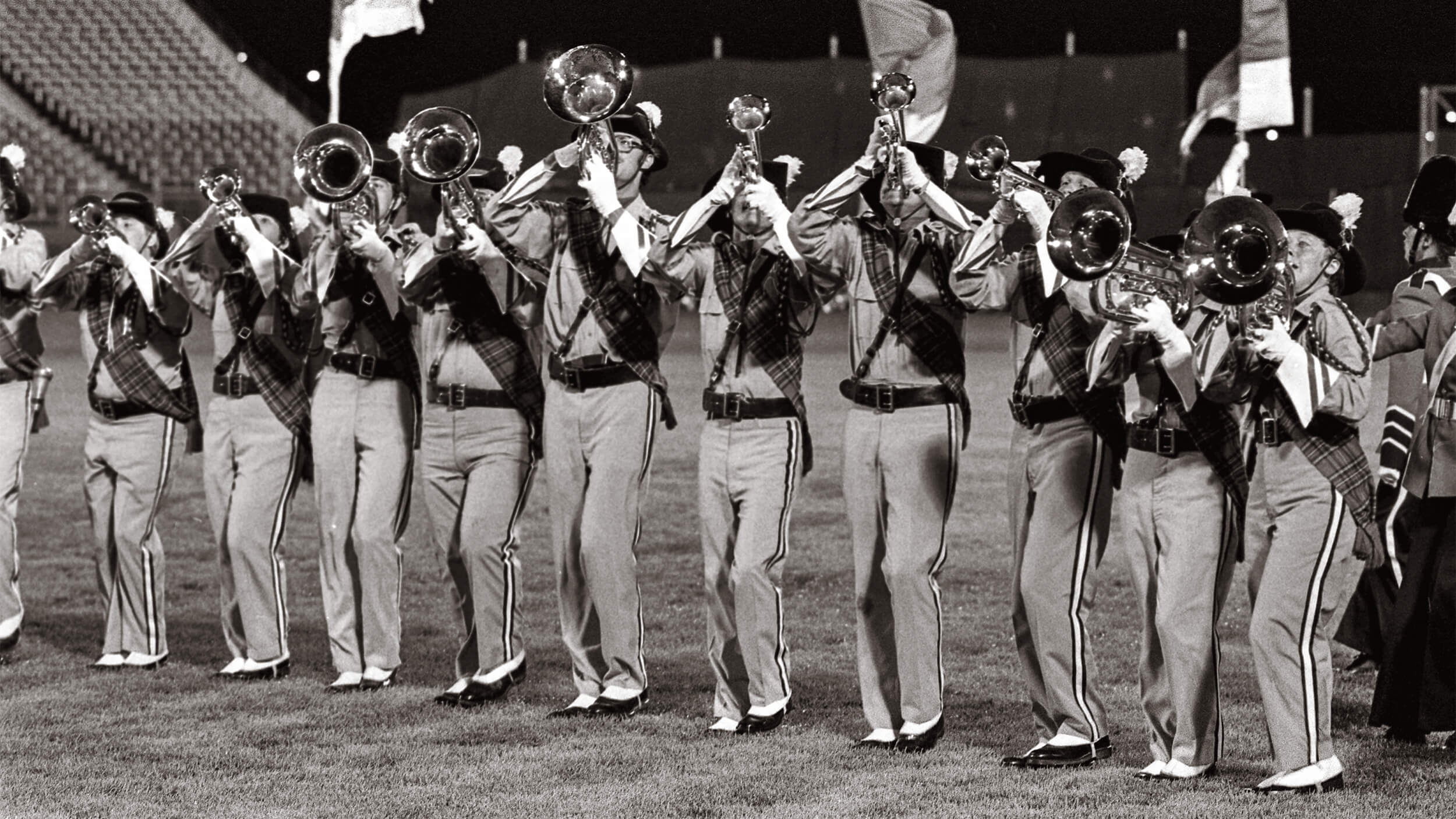 After a brief drum break, the 27th Lancers continued with "Gonna Fly Now" from "Rocky." The piece, utilized that year by the Blue Devils as a closer, served as the corps' concert production performed at a standstill. Near the end of the piece, the color guard brought back its well-received rifle spinning while lying on the ground, which was always guaranteed to generate a loud audience reaction.

After the concert production was "Gaîté Parisienne," from Jacques Offenbach's 1938 ballet. Jovial in character and full of musical humor (and some visual humor, as when half the rifle bearers wound up the other half with their rifles), the work opened with a snippet of the French national anthem, "La Marseillaise," and ended with "Can-Can," the iconic song from the ballet.

After another drum solo, the corps brought out its trademark, "Danny Boy," which the corps would perform a total of 10 times in different productions throughout its history, including nine of its years in Drum Corps International competition.

Another of the corps' trademarks was a giant rotating wheel of brass section members inside a circle of flags, which showed up over the years in several variations. For 1977, the corps rotated the wheel around the 50-yard line and then marched in a company front directly toward the stands. Few drill maneuvers were ever guaranteed to get such an enthusiast crowd reaction.