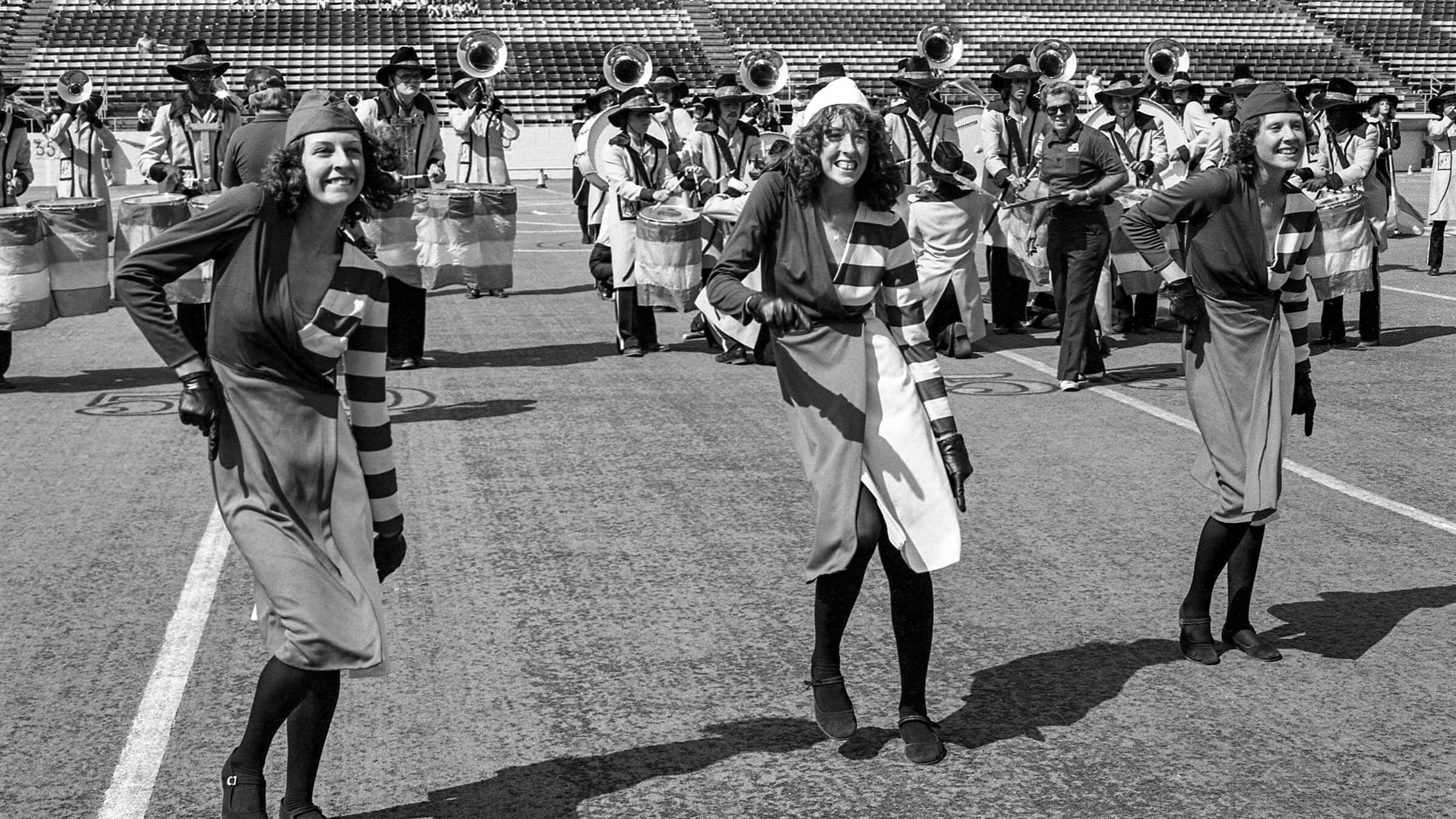 When Birmingham, Alabama hosted the Drum Corps International World Championships in 1979, the end of the DCI Tour had never been hosted south of Denver.

For the first time ever in DCI’s young eight years, all finalists were corps that had previously been in Finals, with Cavaliers and Troopers, non-finalists in 1978, replacing Crossmen and Kilties in the big show. While it was a surprise to many that Kilties would slip from 12th in 1978 to 32nd in 1979, it was more of a shock when Crossmen, fifth in Prelims at the 1978 DCI Midwest Championship, was pushed out of Finals by Troopers, 14th at the same earlier show (which didn’t include the eventual first- and third-place corps, Blue Devils and Santa Clara Vanguard).

Almost winning the corps’ first DCI title, Phantom Regiment finished just a tenth of a point under the Blue Devils in the Prelims competition, but ultimately finished second for the third consecutive year when the Devils increased the lead to eight tenths of a point in the Finals by finishing just a tenth away from a perfect General Effect caption score.

Bridgemen finished in sixth place in 1979 with a show that opened with three musical selections previously played by the corps.

Watch the 1979 Bridgemen on DVD

The opening tune from Ruggero Leoncavallo’s “Pagliacci” returned from the corps’ 1977 production. The Italian composer wrote the opera in 1892 and Jay Chattaway arranged the most famous movement from the work for jazz trumpeter Maynard Ferguson’s “Primal Scream” album of 1976. That movement, titled “Vesti la giubba,” is loosely translated as, “Wear the costume,” referring to the clown that is the opera’s lead character.

During the selection, Bridgemen’s drum major popped up from behind the corps’ conducting podium wearing a clown suit, pointy hat, and a bulbous red nose to direct the corps while facing the audience. 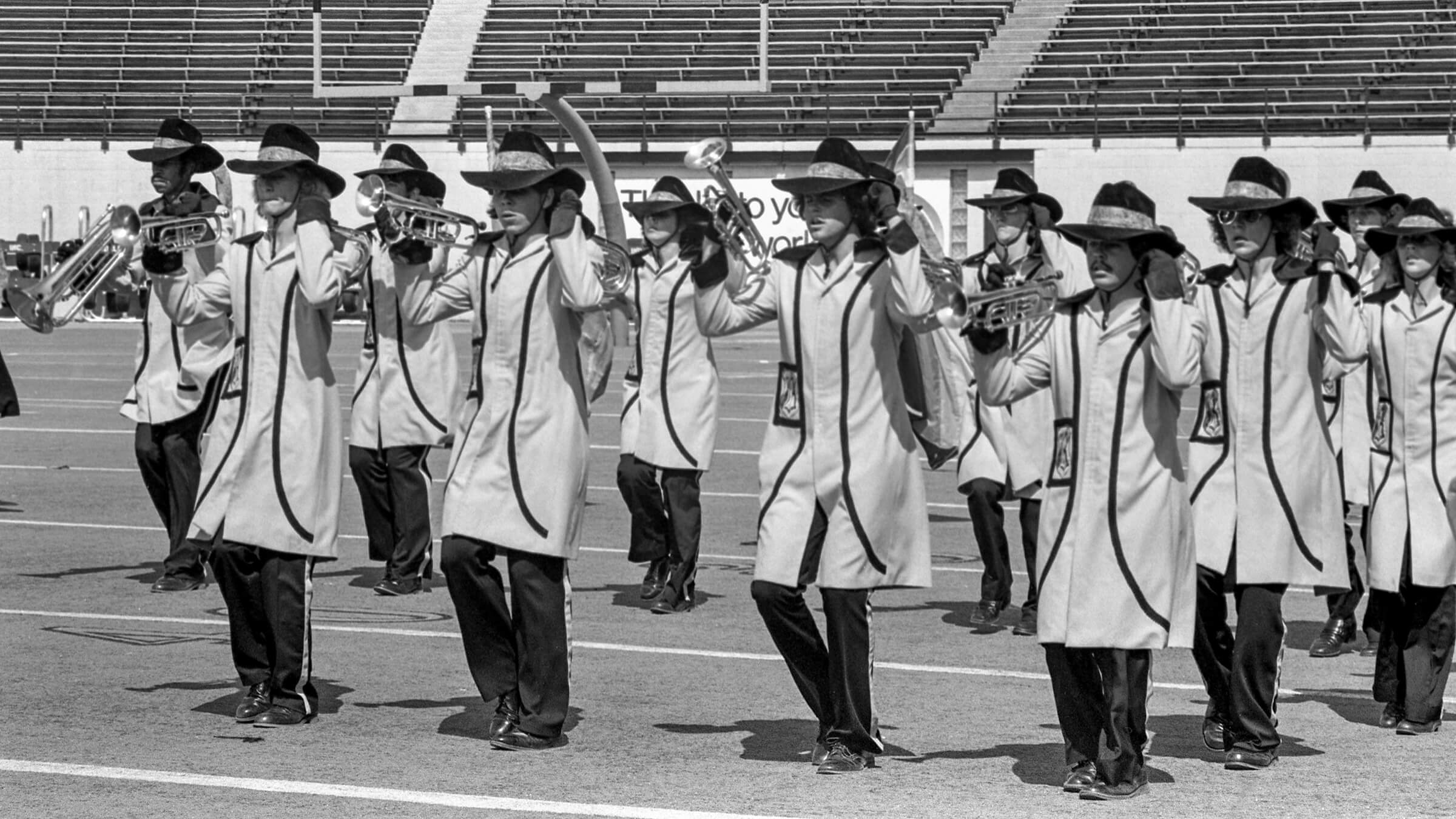 Phil Kelly’s “Spanish Dreams” returned from the corps’ 1978 season. Kelly was a drummer who created several arrangements for Doc Severinsen and his “Tonight Show” band while Johnny Carson was host. Severinsen recorded the piece on his 1975 album, “Night Journey,” with a smaller band than he worked with on Carson’s show.

During this movement the brass players headed backfield during the opening chords; then turned around as if to blast the audience members back into their seats. But instead of unleashing a torrent of volume, the corps calmly sashayed toward the front of the field with horns swaying side-to-side, followed by the color guard members performing while lying on the field. The ending of the piece witnessed the color guard section spinning at warp speed while the horns joyously blared into the audience, making up for the earlier subtle musings.

Patrick Moraz’s “Cachaça” also returned from the corps’ 1978 show to serve as a drum solo. The piece came off the “The Story of I,” a 1976 solo album by Moraz, who was in his final months as keyboardist for the famed rock band, Yes. Largely inspired by Brazilian percussion, the work featured the brass players and color guard performing the “Bridgemen Shuffle” to the opposite ends of the field. What became an iconic signature of the East Coast corps is a sort of dance move with feet scooting in double-time while horns and flag poles were rhythmically pumped up and down. 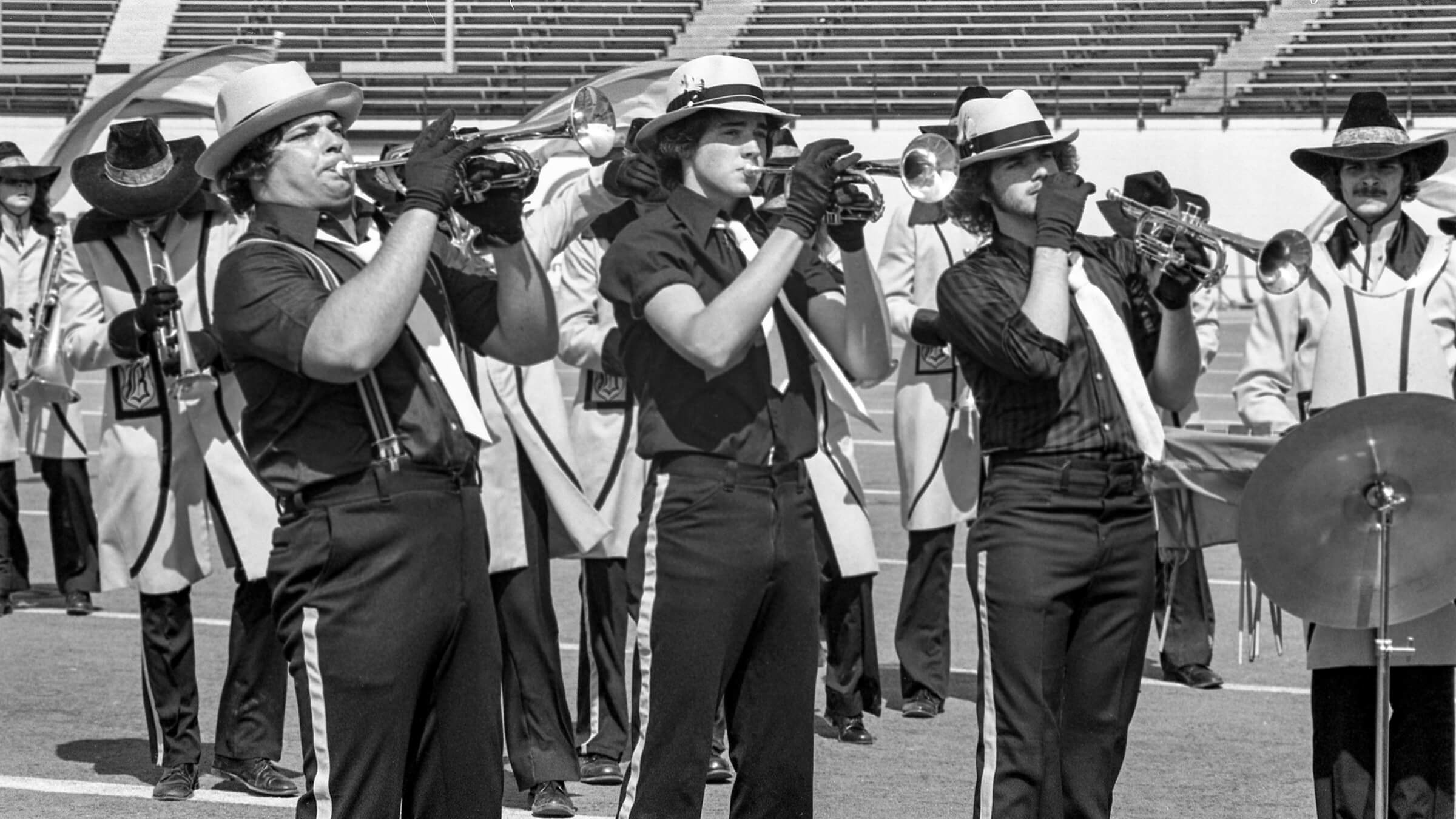 “Boogie Woogie Bugle Boy,” the smash hit for The Andrews Sisters vocal trio in early 1941 and resurrected by Bette Midler for her debut album of 1972, served as the concert standstill portion of Bridgemen’s production. Three color guard members visually impersonated the rhythm and blues dancing of the three sisters while a trio of soprano buglers in all-black attire accented by wide white ties recreated the close harmonies for which the sisters were known.

When the hyper enthusiasm of the production appeared to be concluded, Bridgemen presented a reprise tag that played off the cult television hit, “The Gong Show,” an amateur contest showcase for some of the quirkiest acts to ever grace the living rooms of America. The corps’ version of “Gene Gene the Dancing Machine” lifted up a corps member who had been masquerading as a field judge, soon joined by the “Unknown Comic,” a “Gong Show” regular who wore a paper bag over his head.

“Civil War Medley” served as the corps’ closer, based on a variety of traditional songs sung during the era of the United States Civil War. The medley commenced with “Dixie,” which became an anthem of the Confederate States of America. Two separate elements of the color guard twirled either flags reflecting the Confederate Stars and Bars flag or flags influenced by the Stars and Stripes of the Union flag.

The warring factions fell to the ground as the hand-to-hand combat of the battle peaked, allowing for the pensive strains of “Battle Hymn of the Republic” to help the two sides come together in peace.

At the emotional cresting of the anthem, the two generals came to the front of the field arm-in-arm as a giant flag based on the national colors was hoisted high into the air, ending with the members of the two formerly opposing factions united in grasped hands.