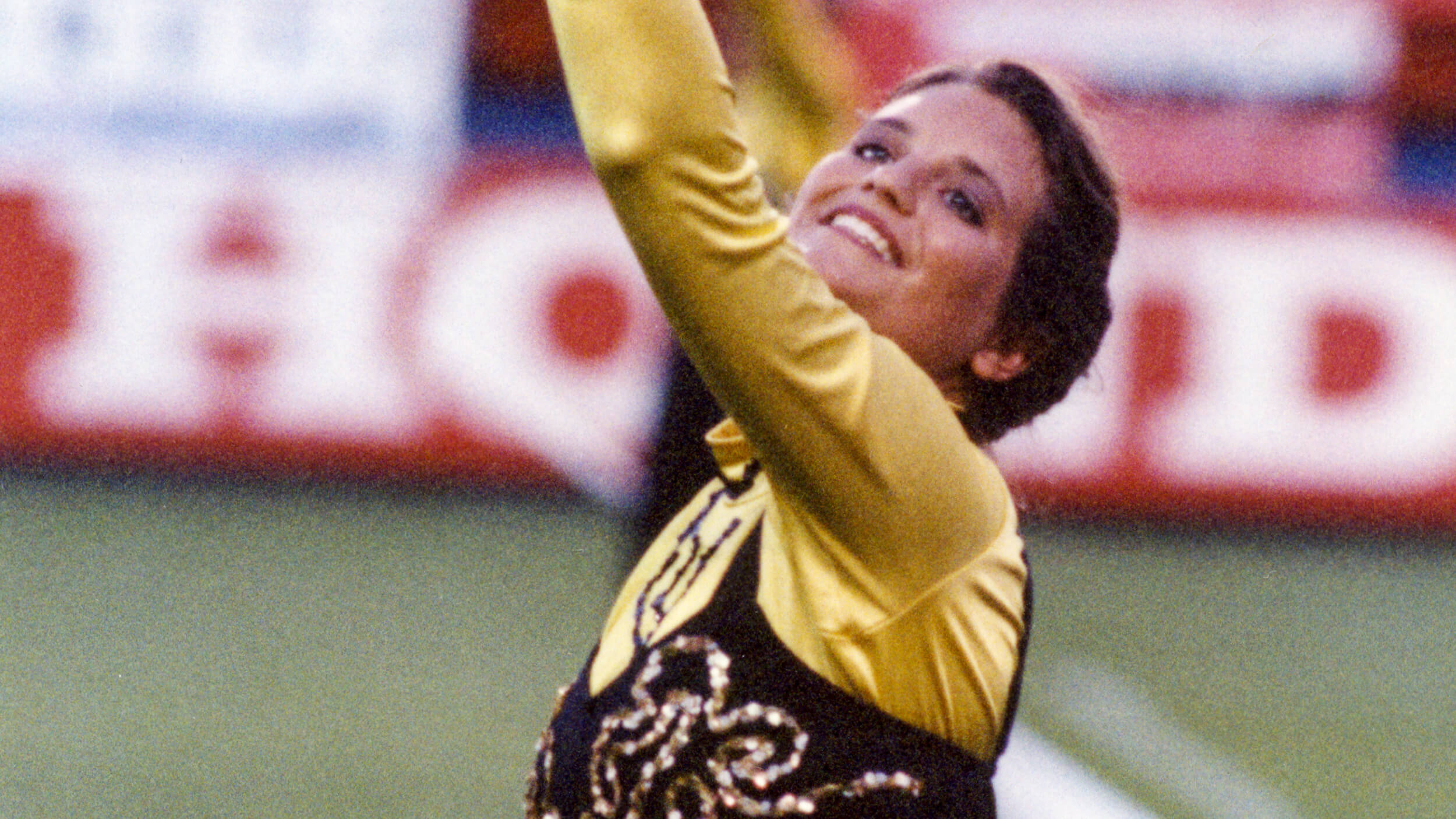 1996, the first of three consecutive years for the Drum Corps International World Championships in Orlando, will long be remembered for the first-ever tie for the title.

In first place, Blue Devils' "Club Blue: A Gangster Chronicle" contained a savagely loud opening, while Phantom Regiment's "Defiant Heart: The Music of Dmitri Shostakovich," is remembered for peaking at the right moment. The Rockford, Illinois corps placed fourth in Quarterfinals and third in Semifinals before jumping 1.9 points to pull off the unexpected.

Cadets took two days off at the most critical time of the season to represent the activity in the closing ceremony of the Atlanta Centennial Olympics. The corps performed in Allentown, Pennsylvania, left to drive to Atlanta, performed on worldwide television two days later, and was back on tour in New Jersey the following day. And after all that, Cadets finished only 0.50 under the two winning corps with "The American West," remembered for the 10 large, blue panels that dominated the field, each containing on the reverse side a portion of a barnyard scene.

Under those corps in 11th place were the Colts performing John Rutter's "Magnificat," originally a 1990 large-scale work for orchestra and chorus. The music is inspired by the service of Vespers in both Roman Catholic and protestant church traditions.

Rutter claims his version was especially influenced by the music of J.S. Bach, despite his quite modernistic approach to the musical settings. Specifically, Rutter said he set out to write a work infused with "Mediterranean sunshine and celebration."

Somewhat loosely translated, the word "Magnificat" is Latin for "My soul magnifies," also known as "Song of Mary." The title of all the "Magnificats" written through history is inspired by the very first word of Latin text in the "Song of Mary" canticle.

The fourth season for the Colts as a top-12 World Championship finalist marked the corps' first production that was entirely based on symphonic music.

The opening of the show, utilizing "Magnificat anima mea," commenced with a gigantic-sounding brass and percussion fanfare, instantly pointing toward a new stylistic direction for the Iowa corps. "Anima mea," usually used in conjunction with the word "dominum," means "My soul proclaims the greatness of the Lord."

The happy-go-lucky feel after the fanfare was full of the Mediterranean sunshine Rutter spoke about, very much in contrast to the solemnity of a Requiem, the only type of liturgical offering set to music more often than a Magnificat.

"Of a Rose, a Lovely Rose" was aptly named, dripping with gorgeous sentimentality highlighted by the pealing of 10 handbell ringers. This was one of the most memorable and lovely moments of the entire season.

However, lest the audience get too comfortable with the pleasantness of the particular selection, "Fecit potentiam," (translated as, "He has shown strength"), threw a deluge of brutal forcefulness into the mix.

"Esurientes" came out of this ferociousness with a brief repose of beauty. Rutter has said he’s loved this part of the "Magnificat" text the most, speaking in a YouTube video about how the piece is a warm and gentle work about how God has promised to provide for his children.

The enthusiastic optimism of "Gloria Patri," meaning "Glory be to the Father", saw the color guard's flags turn primarily golden yellow. Along with the yellow of the tops of their costumes, the brightening of the field caught that Mediterranean sun and shone it directly upon the audience.