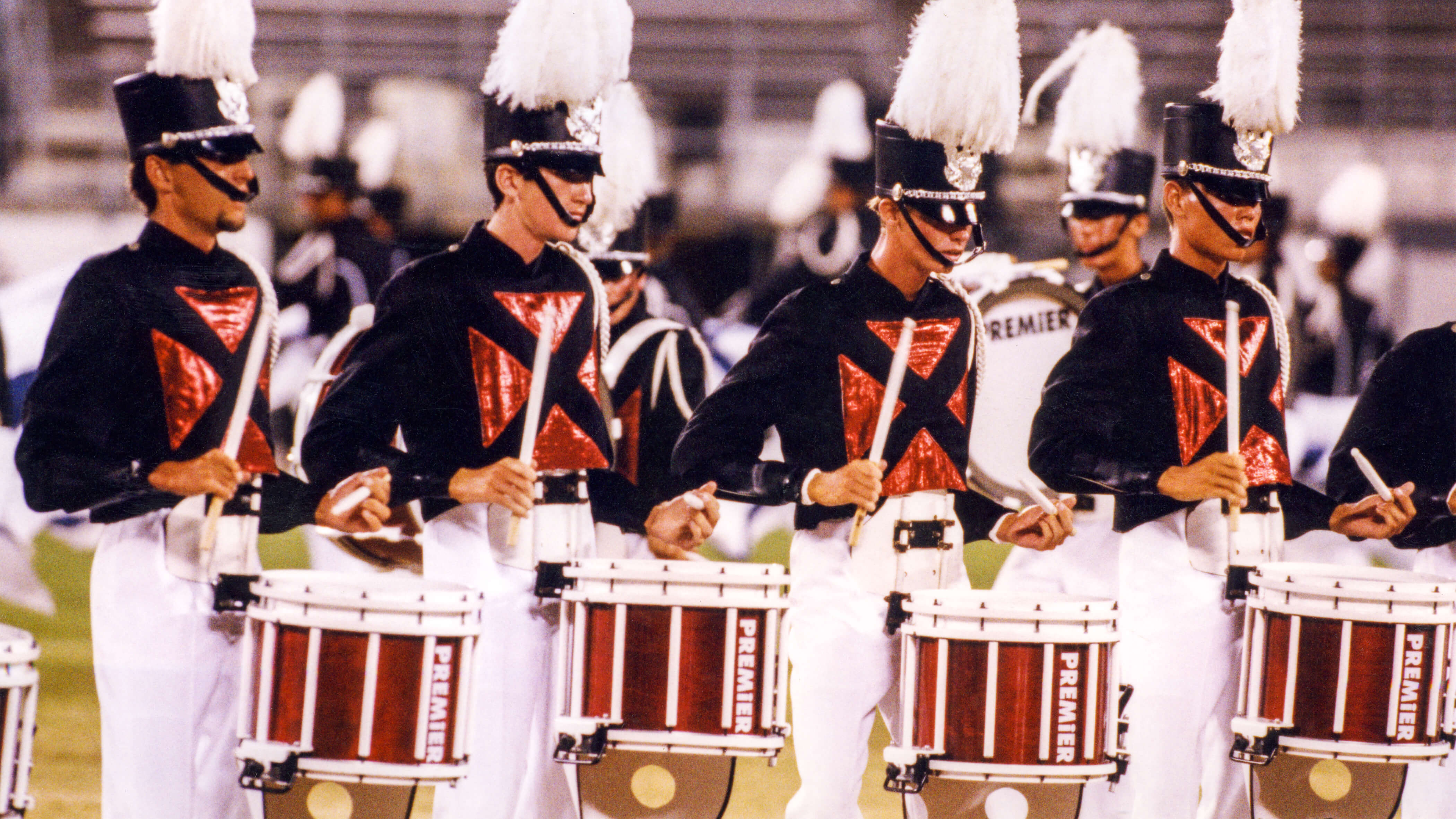 1996 brought the Drum Corps International World Championships to Orlando’s Citrus Bowl Stadium for the first of three years in a row.

The Walt Disney World Resort served as a sponsor of the event, which provided numerous activities for corps and fans alike at the popular tourist destination, including the Individual and Ensemble competition and a parade of corps through Epcot. Both DCI and Walt Disney World were celebrating their 25th anniversaries that year, so the atmosphere in Epcot was even more festive than unusual.

For the first time ever, two corps shared the honor of co-champions as Blue Devils and Phantom Regiment tied for the title. Many found the feat surprising as Regiment came from behind placing fourth in Quarterfinals and third in Semifinals. There was another tie in the standings as Crossmen and Magic of Orlando both finished in eighth.

Crossmen’s show, “The Voices of Jazz,” returned to the idiom for which the corps was best known after a short diversion to explore symphonic music in the preceding years. The production took its inspiration from the progressive jazz of two contemporary vocal ensembles, New York Voices and Manhattan Transfer.

The corps’ opener began with all members of the horn line spinning flags behind an explosive drum intro. The horns eventually entered with a blistering Latin-infused melodic line from New York Voices’ “The Sultan Fainted.” This reminded all that the corps was back as the Crossmen “Groove Machine,” a term primarily given to the pulsating drum line, but which was just as apt for the horns as well.

Transitioning into a ballad, Crossmen turned to the soulful “A Nightingale Sang in Berkeley Square” by Manning Sherwin and Eric Maschwitz. Composed in 1939, the work achieved early success when performed by numerous jazz greats including Glenn Miller, Guy Lombardo, Bing Cosby, and Frank Sinatra.

The corps performed the arrangement popularized by Manhattan Transfer on the ensemble’s 1981 album, “Mecca for Moderns.” The piece served as a backdrop for several duets within the color guard to share a story of seductive love and passion.

1996 marked the first of four years (also including 1997, 2000, 2007) that the corps turned to Josef Zawinul’s and Jon Hendrickss “Birdland.” Zawinul had toured with the likes of Maynard Ferguson and Miles Davis and was a co-founder of the jazz-fusion band Weather Report.

The Crossmen based their propulsive four-minute rendition of the piece on the version recorded by Manhattan Transfer on their 1979 album, “Extensions.” Over time, the up-beat tune has become the quintessential Crossmen jazz standard.