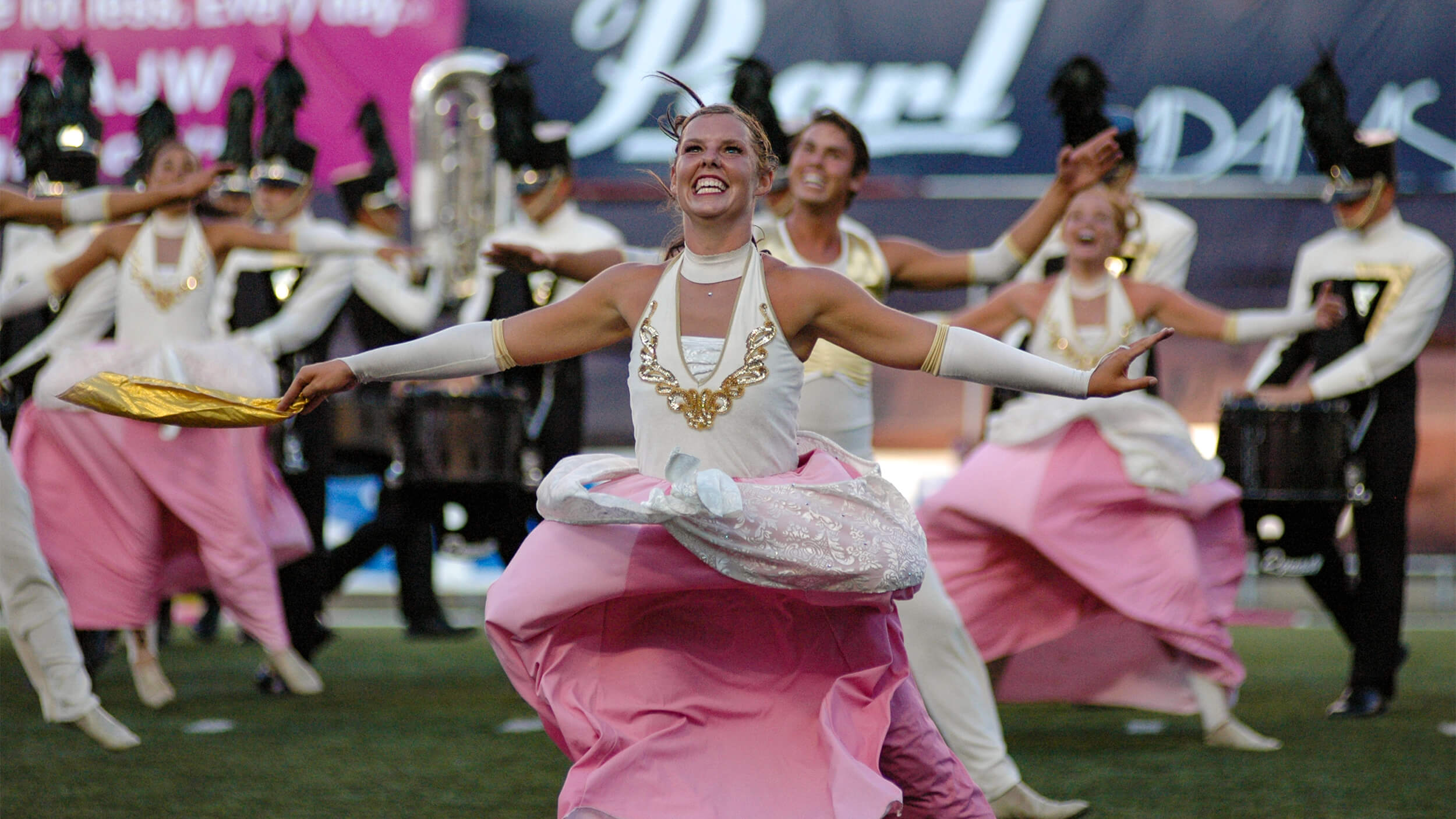 In 2006 the Drum Corps International World Championships returned to Madison, Wisconsin’s Camp Randall Stadium for the seventh time. It was the first visit to the beloved venue since it was modernized and enlarged.

During much of the season, weather was a huge problem for corps and fans. A strong and persistent heat wave in the Midwest was responsible for many rehearsals being curtailed, and the important Masters of the Summer Music Games in Murfreesboro got rained out. 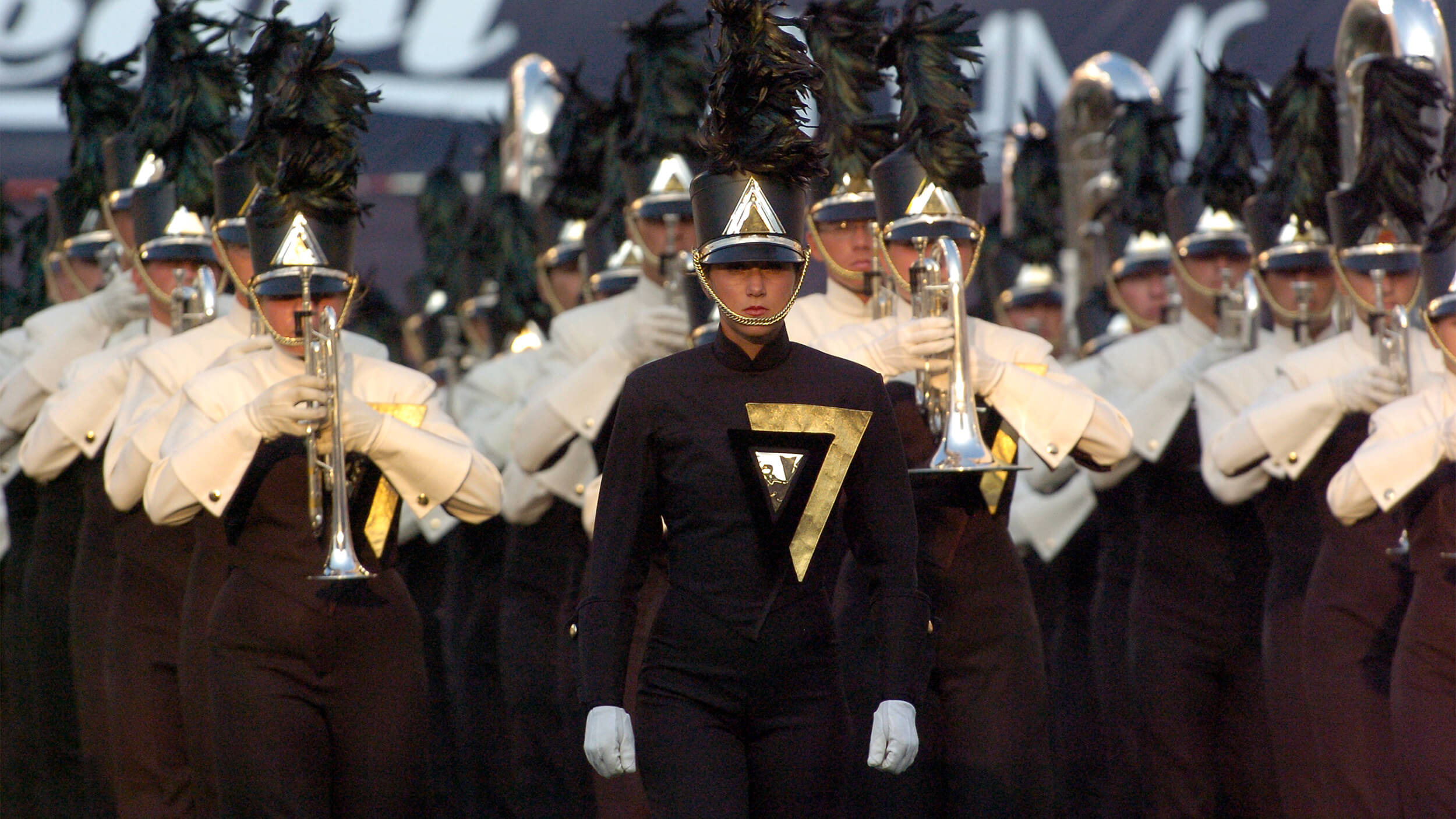 In 11th place was Glassmen's "Beethoven: Mastery & Madness" tribute to one of the most famous composers of all time.

The German wunderkind, music's primary connecting force between the Classic and Romantic periods at the turn of the 19th century, had a profound impact on the development and enlargement of the symphonic orchestra; but he also greatly changed the way composers wrote for his own instrument, the piano.

Glassmen's show featured music for both the piano and the orchestra. Starting with the brass and battery percussion in tilted arcs of a symphonic orchestra setup, the horns "tuned up" as an orchestra does on stage.

The first notes to come out of the brass were the famous "Victory Knocks" theme that opens "Symphony No. 1," with following selections within the opener including snippets from Beethoven's first eight symphonies. Sunny orange flags gave testament to the composer's brilliance and his astounding ascent through the world of music. The first 40 seconds of music were performed within the aforementioned standstill arc form. 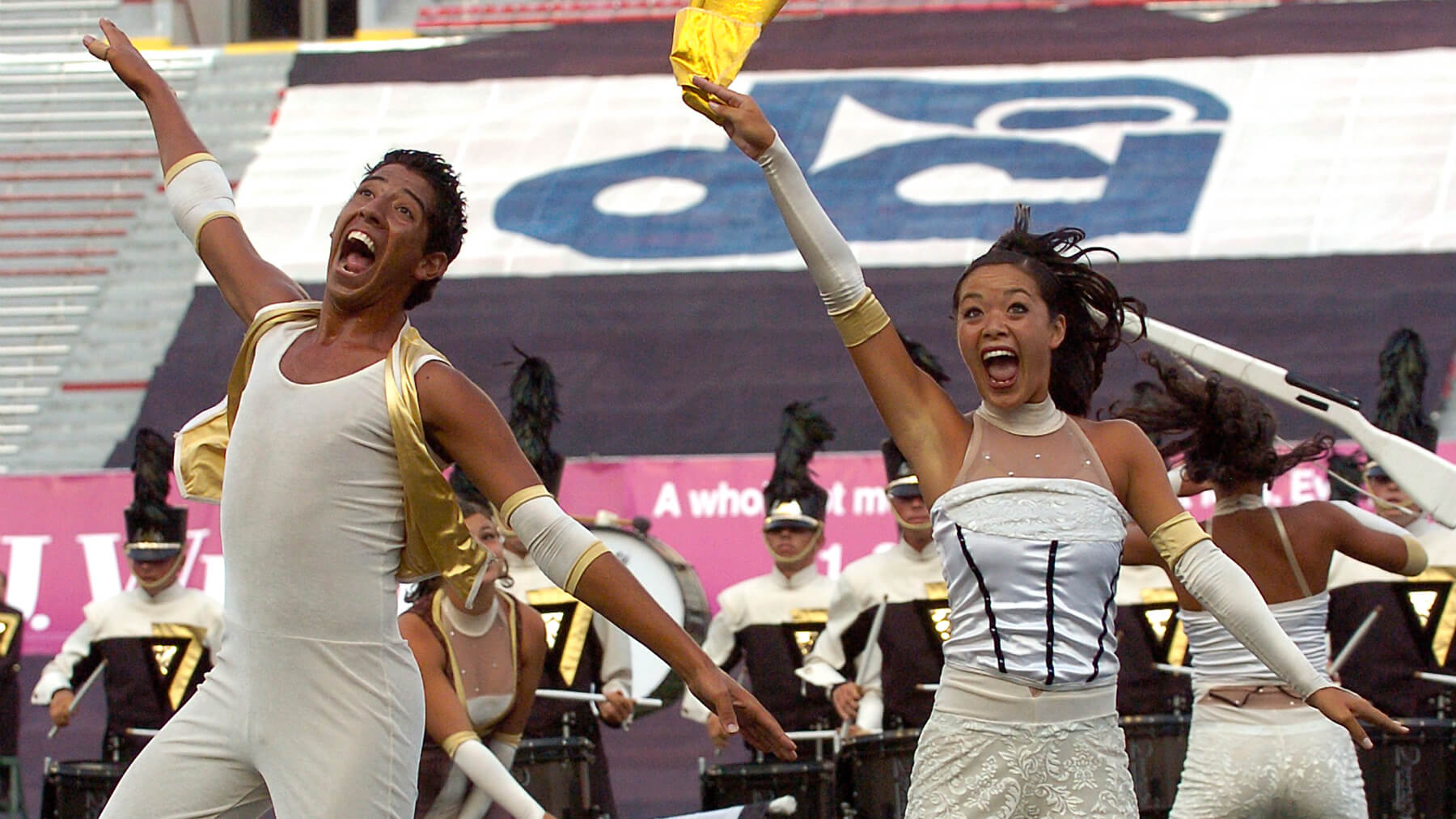 The opener included some musically playful moments, but also a few outbursts prescient of the composer's personal challenges to come, with a short glimpse of the "Ode to Joy" theme almost hidden amidst everything else.

A mallet transition based on the "Victory Knocks" theme led into the famed "Moonlight Sonata," originally written for piano. Beethoven didn't name the piece "Moonlight;" that was added after his death after a music critic wrote that the opening movement was like moonlight shining upon a lake. For this piece, the color guard performers set down the top hats and blue tux-like tails they wore in the opener, with a featured couple performing a ballet-like pas de deux routine.

"Diabelli Variations" was the playful part of the show, whimsically interpreting a few of the more famous of the 33 variations Beethoven wrote on behalf of a request by the publisher and composer Anton Diabelli. With female members of the guard in hoop skirts, this piece included some good-natured play-acting from the performers. 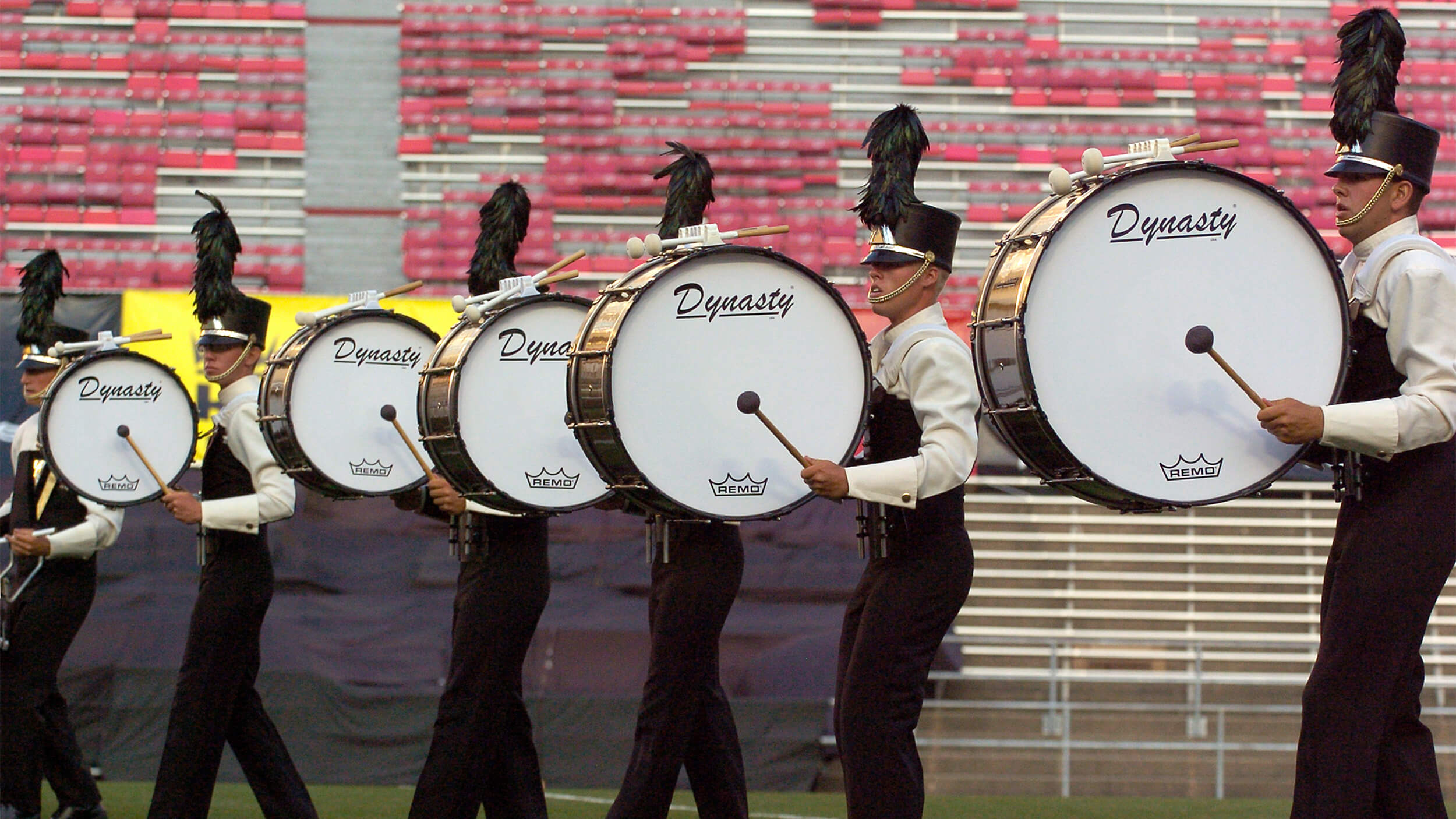 The soul of the show was the closer of "Ninth Symphony" (Ode to Joy), which traced how the composer started going deaf in his 20s. The harmonic consonance of the famed theme quickly descended into dissonant out-of-key chaos as Beethoven wrestled with the depression that came with his hearing loss, which was to make him profoundly deaf.

Somehow, he still managed to compose one of the world's most significant and lasting works while completely deaf, represented in the show by a gradual diminuendo (lessening of volume) until the entire corps was marching in absolute silence. Note the drummers moving their sticks but making no sound, and listen for the ringing of the tinnitus that drove the master composer crazy and made him contemplate suicide.

After several counts of absolute silence, the horns and percussion came back in with a triumphant resolution of the main theme, stirring thoughts of the triumphant roar of applause that greeted Beethoven upon completion of his final symphony's last famed movement. One of the most famous stories in all of music history is how Beethoven, who conducted the premiere, felt the work was a flop and had to be turned around to see the audience going absolutely bonkers out in the concert hall.

A grand finale of the symphony ended with Glassmen brass and drums in ever-larger arcs, in reference to the opening set.

Despite the travails Beethoven went through in life, in death, his music continued to live on and inspire millions, several thousand of those being fortunate to witness this memorable production that served as a travelogue through the life of a genius.