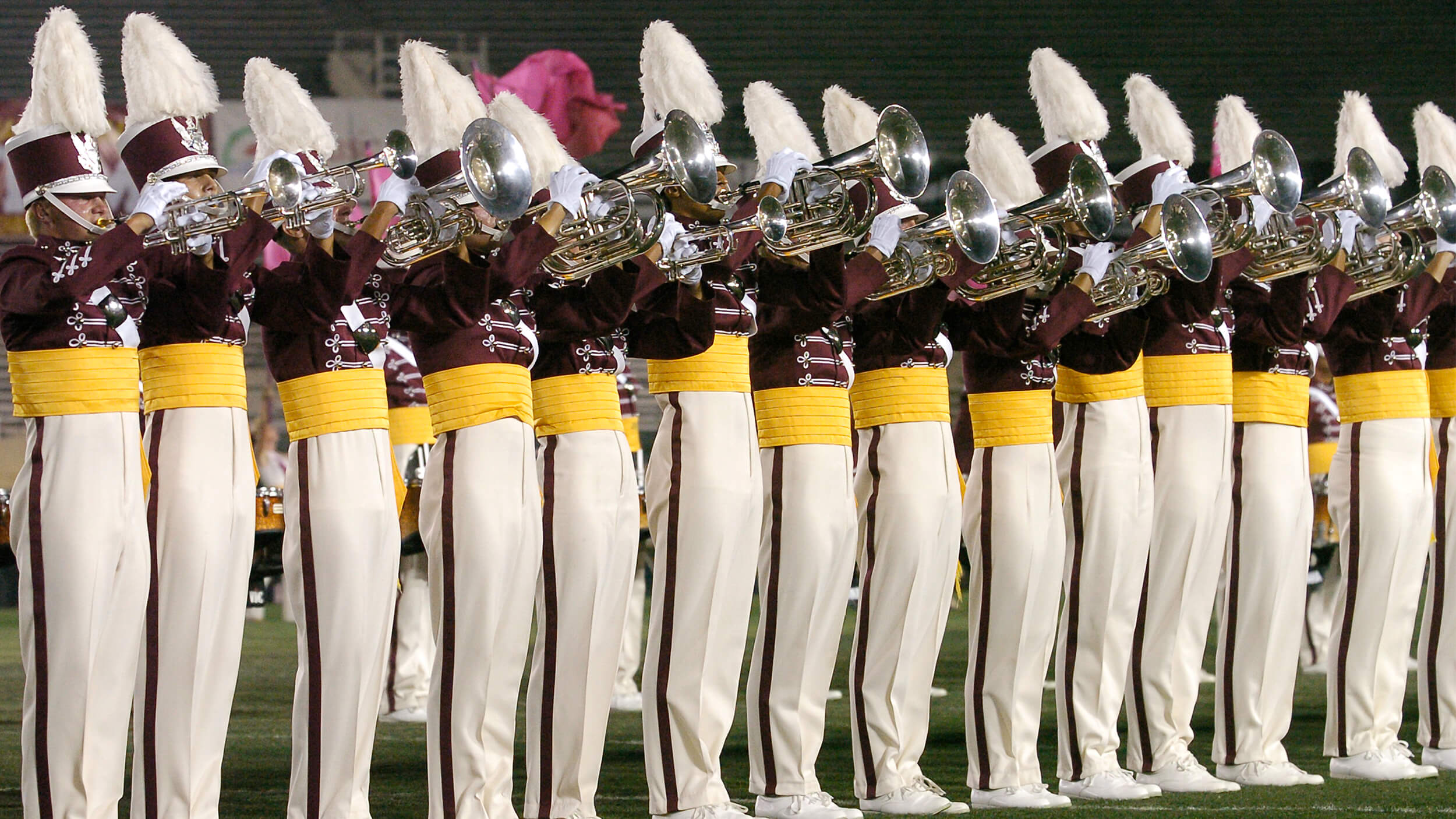 It took 35 years to get the Drum Corps International World Championships west of the Rocky Mountains, but the final week of the 2007 season made up for the wait by providing plenty of intrigue atop a season that was already somewhat unusual.

True; Blue Devils won the corps' 12th World Championship title by almost a point at Pasadena’s Rose Bowl Stadium, but in the Semifinals, The Cadets came within a half tenth of placing first after beating the Devils in two California shows by a combined total of 0.32.

How unusual was the season? Bluecoats finished in seventh place, after beating every other corps at least once during the prior weeks. The corps pulled down the highest score ever for any seventh-place finish and was only 0.125 points out of fifth place. The Academy, in its first year in Division I, placed 13th just out of the Finals, but scared a number of corps by placing 10th a couple weeks earlier in San Antonio.

Among some of the highlights of 2007: The 50th anniversary of the Blue Devils organization saw a return of the renowned huge fabric wings, starting dark and gradually adding light. The mallet opening of Phantom Regiment's "On Air" remains one of the most remarkably unique effects ever heard from a front ensemble percussion section. Santa Clara Vanguard offered a new way of pronouncing "!," and Carolina Crown delighted with a photo finish horse race. Bluecoats' "Matrix-like" laser beam alarm system set off every camera in the stands and fans welcomed the Colts back to Finals for the first time since 2001. 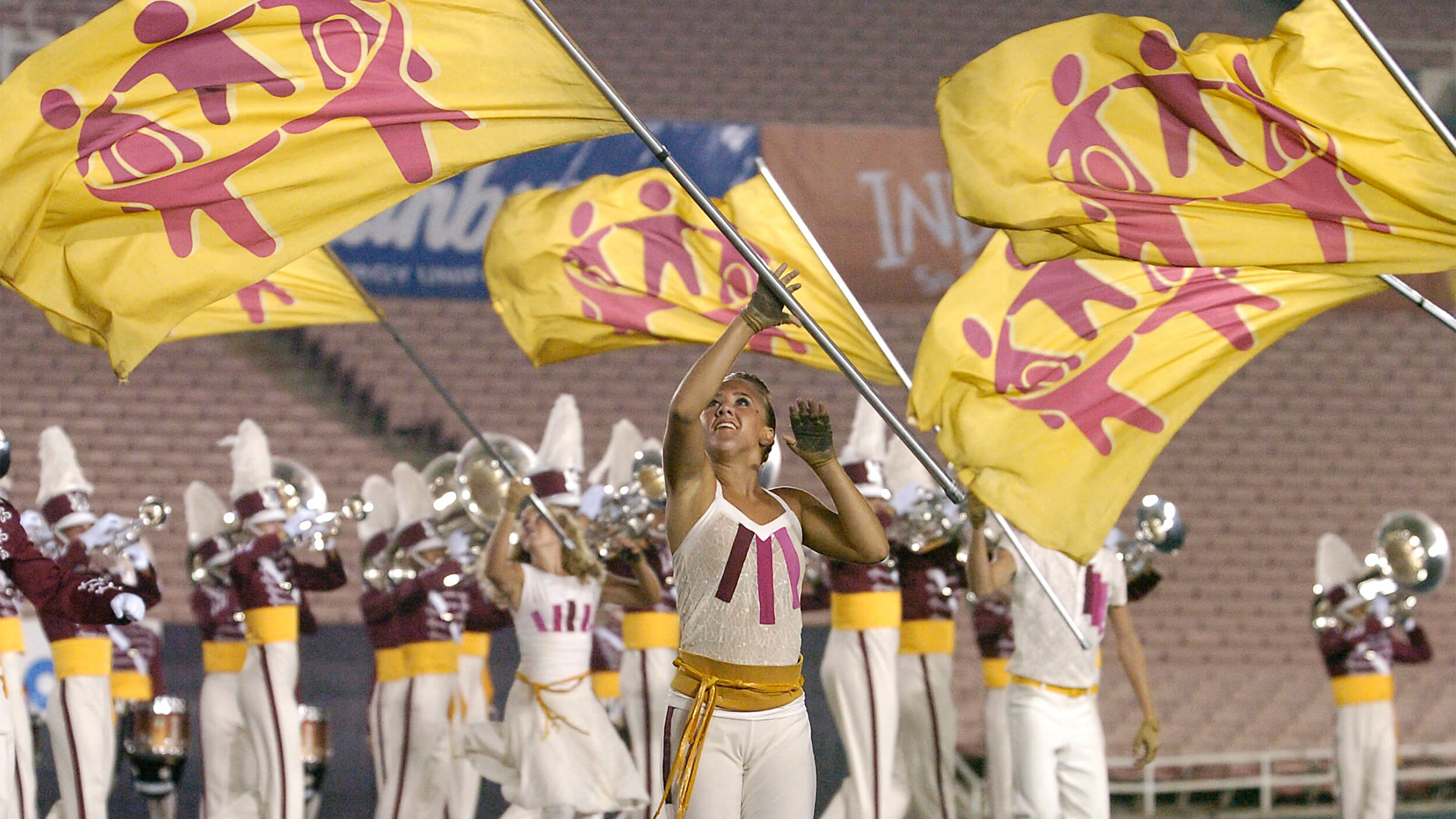 Finishing in second place, The Cadets presented a show with perhaps the longest title ever; "This I Believe: Truth, Value and the Personal Experience Called Drum Corps." It was arguably the most controversial show of the year due to its frequent use of amplified narration, provided by corps members wearing wireless microphones while performing and offering their innermost thoughts on the meaning and value of music and drum corps.

The opener was Czechoslovakian composer Vaclav Nelybel's landmark 1965 work for concert band, "Symphonic Movement," a modernistic, atonal theme and variations based on an eight-note serial tone row that was as progressive on the Rose Bowl field as it was when first written. Within the first half-minute, four different performers stated what they believed in. The narration intrigued many fans and infuriated many more, and those fans were none too shy about expressing their frustrations or confusion.

Various segments of the work were preceded by narration regarding how those segments were made possible by the teamwork within the different sections of the corps, covering groupings of brass, percussion and color guard. For this author, one of the most chilling as-seen-live moments in a number of seasons was the segment when the members of the horn line visually accented the sudden crescendos in the music with dynamic choreography. The narration then broke down the construction of the harmony, rhythmic counterpoint and melody. Without the narration, it was pure drum corps—something not lost on even the most strident critics. 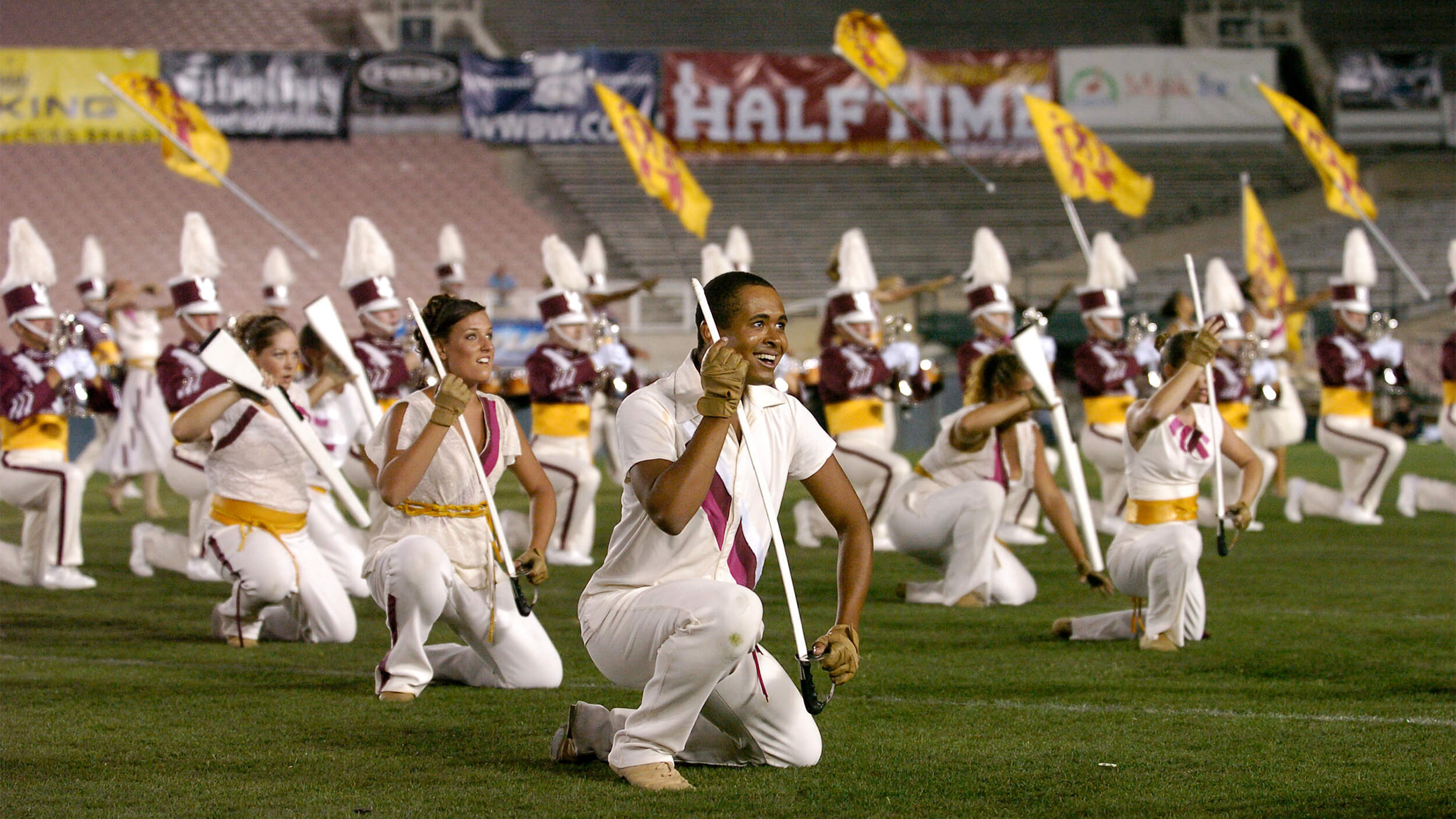 Frank Ticheli's "Blue Shades," a concert band work influenced by blues harmonies the composer heard while growing up near New Orleans, was introduced with a quote from modern dance pioneer Martha Graham. The narration again broke down the elements of the performance, but from a spiritual and mystical approach rather than focusing on the elements of music theory.

Corps members expressed personal likes and dislikes, from doing marching basics rehearsals to the fun of playing showy technical passages. When a member announced, "Alright…Let's do something with no voice," the audience erupted in loud and sustained applause. It was as if the corps had "baited" the fans and knew exactly what to expect. The next minute of the production was indeed sans narration, only to be interrupted by a number of "instructors" complimenting the corps on a job well done.

The closer was Welsh composer's Karl Jenkins' "Adiemus: Cantata Mundi," from a 14-movement cantata of long medieval chants interspersed with brief chorales. During this piece, one member shared personal stories of what music meant to him, especially regarding his music classes in school and his involvement in drum corps, concluding with an emphatic, "This I believe!" 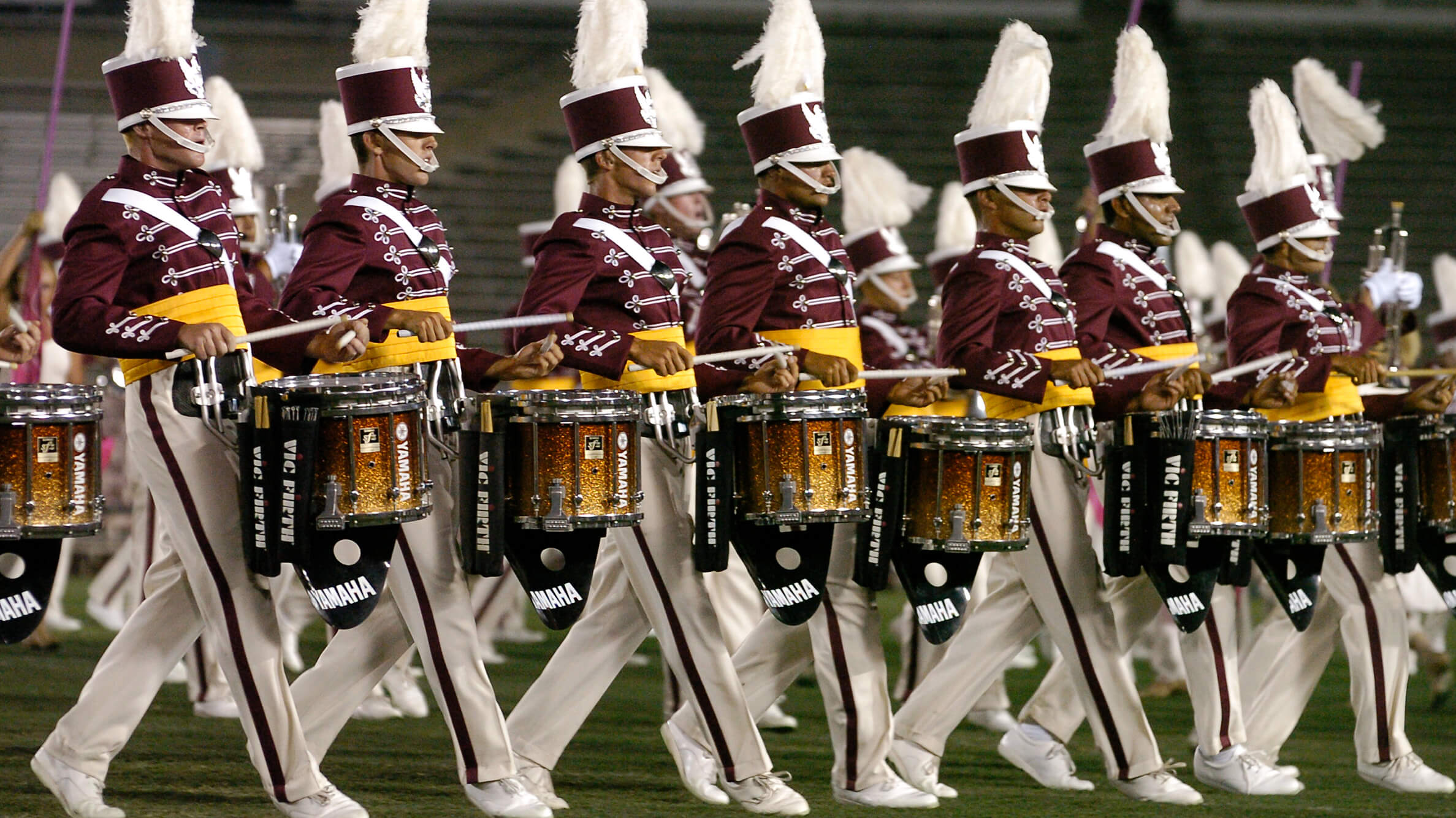 Interestingly, it was the corps’ Quarterfinals performance that is perhaps remembered most by fans. This was when the term "Hashgate" entered the realm of drum corps lexicon and legend.

The hash marks—which marchers use as guides during a performance—were supposed to have been repainted during the break, but somehow weren't. By the time prior corps took the field, many of the hash marks were practically invisible. After Cadets got on the field and their staff saw the deteriorated conditions, the corps proceeded to march off the turf so the hash marks could be repainted. Though withdrawn later that evening, a two-point penalty ensued.

Many in the audience, not fully aware of what was transpiring, weren't exactly kind in their reaction. It was just one more thing that encouraged some fans to be more verbal in their reactions. But no matter what one's response was at the time, there's no doubt that this program managed to work its way into the most primal visceral emotions of a large complement of fans.