Pasadena City College Stadium played host to the 2007 DCI Division II & III World Championships, a few miles from the Rose Bowl, which hosted the Division I events. The show included performances by 21 corps from North America and the Yokohama Scouts from Japan.

In the Division II Finals, Spartans edged Jersey Surf by less than a half point after falling to the New Jersey corps by 0.05 in the Prelims. No one knew what to expect in Division III competition as the two top corps, Memphis Sound and Fever, had never met head-to-head until arriving in Pasadena. Memphis had a healthy 2.95-point spread over Fever in the Prelims, but eked out a win over Fever in Finals by just a tenth.

Dutch Boy finished third in Division III, just two tenths over Revolution in fourth place, but just over six points under second place Fever. Founded in 1977 when The Flying Dutchmen and Dutch Boy Cadets merged to form the Northstar Youth Organization, the original Dutch Boy won the Class A DCI World Championship title 1982 and made the Division I Finals in 1990. When that corps disbanded, the Cadets of Dutch Boy assumed the identity continued in Division II & III through 2009. 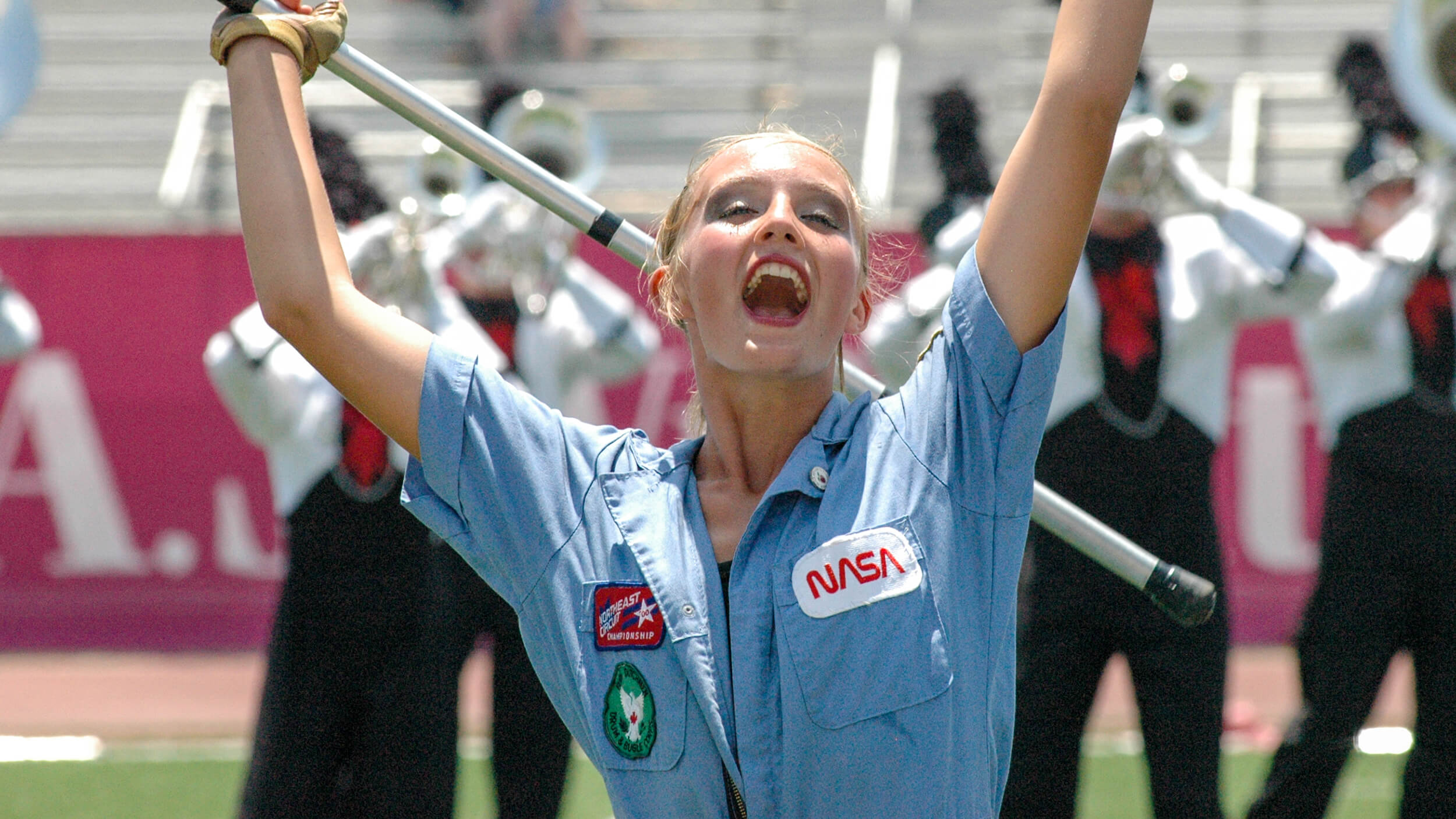 The corps celebrated the 30th anniversary of its parent organization by finishing strong in the color guard caption in Pasadena, second only to Fever and half a point over Memphis Sound’s guard. The corps took third in general effect visual, general effect music and visual ensemble, fourth in visual performance and music ensemble, and fifth in music brass and percussion. Despite being nine tenths down to Revolution in the music caption overall, the corps stayed ahead of the Texas corps on the basis of a sixth tenths advantage in overall general effect and half a point in overall visual.

Dutch Boy’s show, “2007: A Space Odyssey,” captured the Division III Spirit of Disney Award and honors for Most Improved Corps in Division III. Setting the theme, the color guard performers dressed as Canadian Space Agency astronauts aboard Northstar 1, exploring the thrill of space travel and the loneliness of deep space.

Talk between the astronauts and the control booth was heard during the countdown to liftoff as the horns entered with the famous fanfare to Richard Strauss’ 1896 tone poem, “Thus Sprach Zarathustra,” inspired by a novel by philosopher Friedrich Nietzsche. Originally titled “Sunrise” by the composer, the fanfare achieved massive success when director Stanley Kubrick chose to use it to open his “2001: A Space Odyssey” film, which inspired the title of Dutch Boy’s show.

The corps coalesced into the form of a rocket ship, lifting off as flags representing flames poured out of the form’s bottom. A drum break led into the climactic strains of the fanfare, followed by a jazzy rendition of “How High the Moon” as the horns formed the shape of a waning crescent moon, accented by flags white on one side and black on the other.

Morgan Lewis and lyricist Nancy Hamilton wrote “How High the Moon” for the 1940 “Two for the Show” Broadway revue. The song is by far the best-known work by Lewis and was first recorded by Benny Goodman & His Orchestra, followed by multitudes of recordings by other artists.

A slow ballad consisting of Jerry Goldsmith’s “Ilia’s Theme” from “Star Trek: The Motion Picture” represented the emptiness and loneliness of space. The film, released in 1979, was the first studio movie based on Gene Roddenberry’s “Star Trek” television series that ran for three seasons on NBC starting in 1966.

A Dutch Boy member wearing an all-white billowing jumpsuit floated across the field as if in zero gravity. Upon conclusion of the ballad, black flags appeared during a drum solo that was said to represent problems in deep space, interrupted by brief exclamations by the horn line that sounded like calls of urgency.

A timpanist played a few counts of the underlying pulse from the beginning of Holst’s “Mars” from “The Planets” as narration from the astronauts and the control tower proclaimed the mission back on track.

The brass players formed a four-point star depicting the corps’ logo before launching into the children’s song, “Twinkle, Twinkle, Little Star.” The first four notes of John Williams’ theme to “Close Encounters of the Third Kind” led into another four-point star.

The corps re-created the rocket ship from the beginning of the show as narration from an astronaut proclaimed, “Pasadena, this is Northstar 1, setting course for Indy,” alluding to the 2008 DCI World Championships scheduled for Indianapolis. The rocket took off to the upper right corner of the field, disappearing from the radar as it headed to points still uncharted.