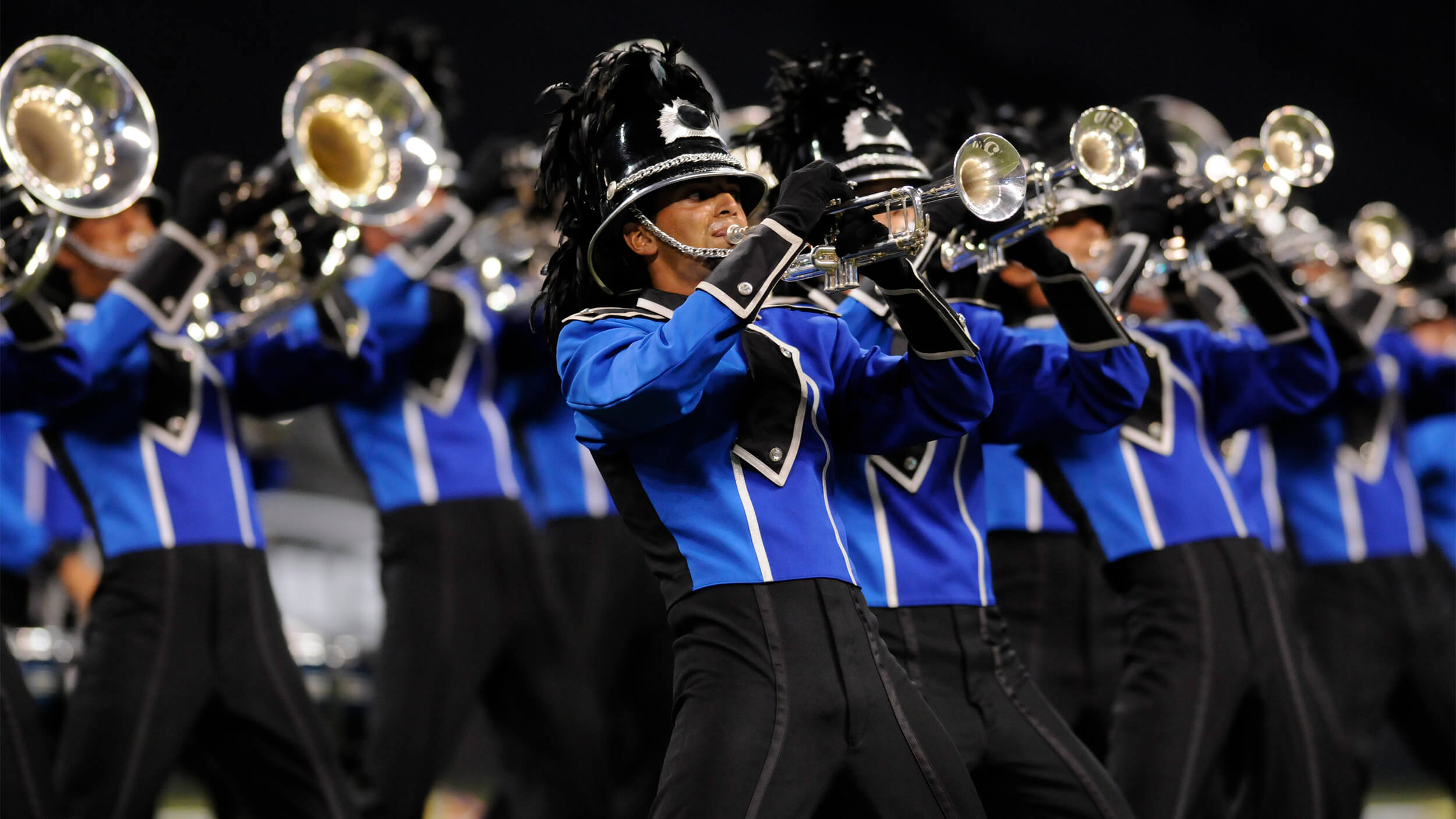 Just 0.15 of a point out of sixth place at the 2011 Drum Corps International World Championship Finals, Bluecoats' "Brave New World" explored the notion of horn players and drummers stumbling upon a world of unlimited possibilities, one that belonged to the more enlightened color guard.

Although the title was shared by the futuristic Aldous Huxley novel of 1932 (that expressed fear of the loss of individuality), the corps' show was about a world of possibilities that were not to be feared.

Show designer Michael Gray pointed out that throughout the production, the color guard was frequently military-like without being militaristic, creating a wall of defiance without taking their defensive temperament over the edge into battle. They maintained this demeanor up to the end of the show. 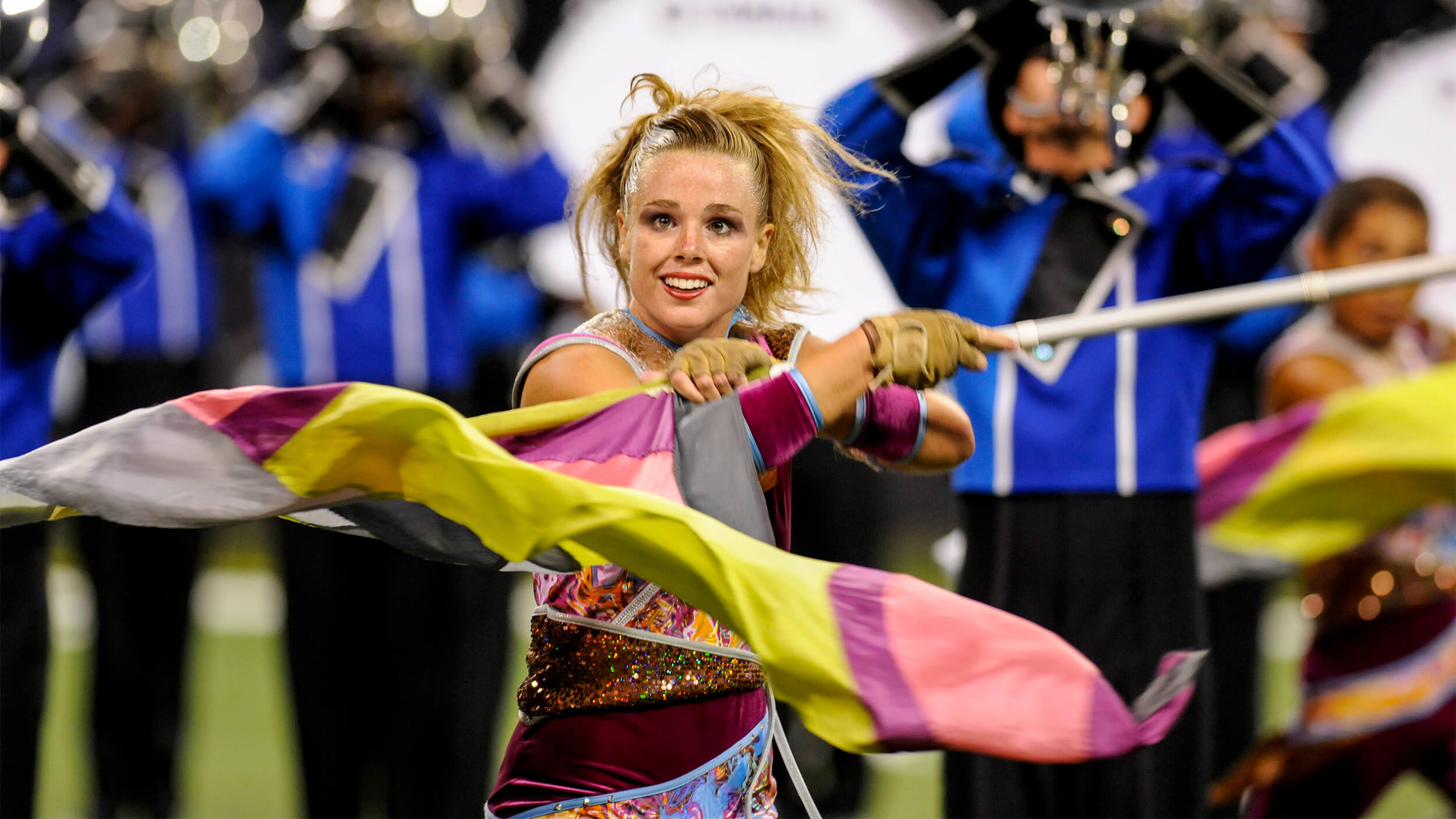 Kicking things off with British alternative rock band Radiohead’s, “Creep,” on the field, the song seemed more about getting a first glimpse of the awaiting world of potential and possibilities. With the exception of the color guard, the members of the corps started off to the sides of the field.

After several seconds of ethereal mood music (from the beginning of "Fast Forward" from the Daugherty piece to follow), a piano started to set up the underlying rhythm of the song as the horns and drums came into position, with the horns playing a cappella. The chorale built up to a massive screaming proclamation as the drums entered, with a block triangular wedge of yesterday's restrictions dissolving into the rays of the sun rising above the world of tomorrow.

This opening segued into Michael Daugherty's "Deus Ex Machina," a 2007 piano concerto with orchestra that won the 2011 Grammy for best classical contemporary composition. The three movements each deal with Daugherty's fascination with trains—the title is Latin for "god from the machine." This part of the show utilized the third movement, "Night Steam," a jazzy, percussive work about the extinct steam engines, featuring a good amount of difficult brass techniques such as double tonguing.

The next part of the show was from the second movement of the above concerto, "Train of Tears," which was written about the slow-moving funeral train that carried the deceased President Abraham Lincoln back to Illinois from Washington DC. The distant sounding of an elegiac rendition of "Taps" could have represented saying "goodbye" to the old world of the past. Circles of horns, like the wheels of a train engine, appeared in all four corners of the field, with each section performing simultaneously. 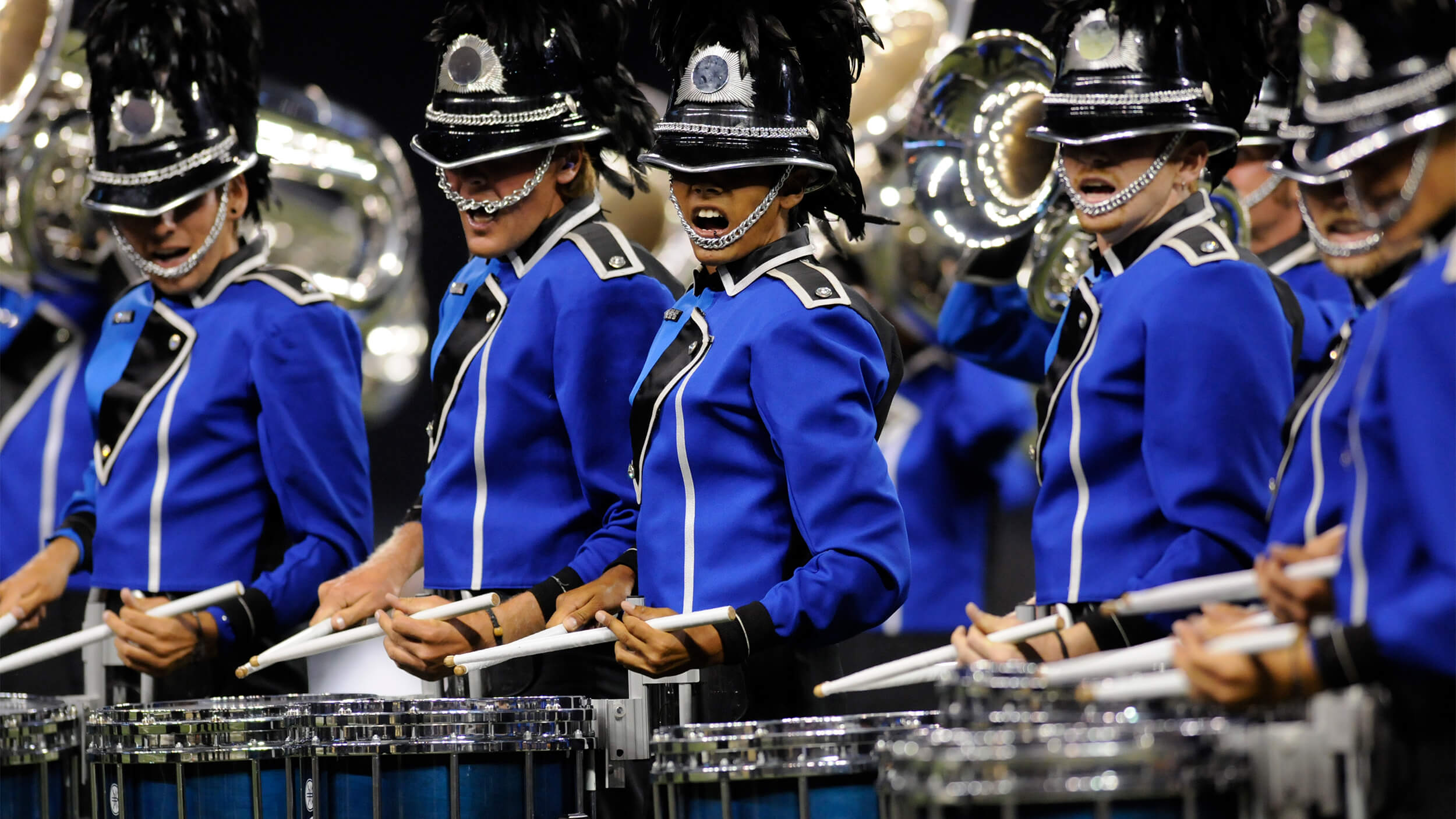 The closer of John Mackey's "Harvest: Concerto for Trombone" was based on the myth of Dionysus (known to the Romans as Bacchus), the Greek god of the grape harvest and wine making. Near the end of each year, Dionysus, who walked the face of the earth, was brutally pruned and forced to endure a long and bitterly cold winter, but would always reappear in the spring with new blooms.

The opening phrases of "Harvest" reflected that harshness of winter, frigid and seeming fearful of the new world that is being unveiled. Eight baritones punched out a response to these conditions, one that bore through the bones of everyone in the stands. Earlier in the season, these eight horns had been miked, but it was determined the amplification just wasn't necessary.

At the end of the show, the color guard was pushed off the field by the horns, who had finally conquered their trepidations of the "Brave New World." The guard, no longer defiant, sat on the ground and threw their arms up, as if saying, "You got us." But in the spirit of the storyline concocted by Michael Gray, the guard actually won, being that the horns and drums came over to their way of thinking, their way of life. But there was no harm in letting the newcomers think they were in control.