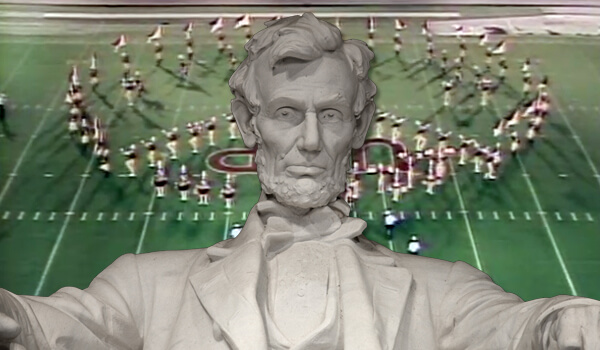 Today is the 150th anniversary of United States President Abraham Lincoln's famed Gettysburg Address, delivered on Nov. 19, 1863 at the dedication of the Soldiers' National Cemetery in Gettysburg, Pa.

During July 1-3, 1863, the Union and Confederate armies fought viciously in and around the quaint Pennsylvania farm town, resulting in the deaths of almost 5,000 soldiers from both sides. It is believed that untold others died later of their wounds.

The Battle of Gettysburg is credited with turning the momentum of the American Civil War toward the Union Army, ending the Confederate Army's incursion into the North. Still, it wouldn't be until April 9, 1865 that the Confederacy formally surrendered. Just five days after that date, John Wilkes Booth, a sympathizer of the Confederate cause, shot Lincoln to death during a play at Washington's Ford's Theatre.

Of fascinating interest to historians, President Lincoln wasn't even the keynote speaker at the cemetery dedication. That honor went to the famed orator Edward Everett, who preceded Lincoln's two-minute speech with an address that lasted more than two hours. Everett, former Governor of Massachusetts, former U.S. Senator from the state and former President of Harvard University, was highly sought after as a speaker. Organizers of the cemetery dedication considered it a major coup to have secured his presence and his oratory. Some historians believe President Lincoln was invited to talk because organizers felt they had no choice but to do so. The invitation extended to Lincoln asked him to give "a few appropriate remarks."

Ironically, Everett's speech is all but forgotten, while Lincoln's speech of just over 270 words—the exact number varies slightly depending on which historical copy is considered—is studied around the world and is regarded as one of the great speeches of all time.

The Gettysburg Address has been quoted countless times since Lincoln's delivery, and was prominently featured in another speech of lasting prominence. Dr. Martin Luther King, Jr. quoted from it in his "I Have a Dream" speech of August 28, 1963. That speech, delivered just a few weeks past the centennial observation of Lincoln's speech, was given from the steps of Washington, D.C.'s Lincoln Memorial.

According to a blog post from the Cadets, it appears that the corps is considering Aaron Copland's "Lincoln Portrait" as a segment in their 2014 competitive production. The Cadets played a selection from the piece in the corps' 1975 show (seen in the accompanying video clip), the first year the corps made it into the DCI World Championship Finals. Copland's work from 1942 utilizes narration; borrowing from a number of Lincoln quotes, including the Gettysburg Address.

The Cadets' mention of narration in earlier shows leads one to speculate that we might witness a William Warfield moment in 2014. Warfield, a famed concert singer who was once married to the equally famous singer, Leontyne Price, won the "Spoken Word" 1984 Grammy for his narration of "Lincoln Portrait." He also narrated the work with multitudes of orchestras.

Adding to the celebration of the Gettysburg Address sesquicentennial, Troopers recently announced the title of their 2014 production, "A People's House." At a minimum, it is inspired by the life of Abraham Lincoln. The title reflects Lincoln's famous 1858 speech in which he proclaimed to delegates to the Illinois Republican State Convention, "A house divided against itself cannot stand."

That speech, condemning the institution of slavery in the southern states, is generally credited with Lincoln's loss in the Illinois U.S. Senate race to Democrat Stephen A. Douglas. Two years later, the two would square off again as their party's nominee for President of the United States, with Lincoln decisively winning his first term in office.

Learn more about the Gettysburg Address.