In recognition of the contributions of some very important people to the success and evolution of Drum Corps International, Saturday, Jan. 21, representatives of DCI's voting member corps unanimously approved the naming of the following awards. 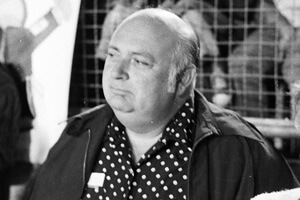 George Bonfiglio
George Bonfiglio, founder and longtime director of the 27th Lancers, was one of the most beloved people from DCI's formative years. Always smiling and always supportive of others and the entire activity, he was a gentleman's gentleman who was thoroughly dedicated to drum corps as a great activity for the youth it serves. Bonfiglio served as DCI's first Chairman of the Board and was instrumental in helping direct DCI's initial growth and increased prominence in the marching activities. Daughter Janine McWilliams wrote, "Our father, along with other amazing trailblazers, decided that competing on the local level wasn't enough and thought drum corps should have a national presence in our society. DCI was his sixth child and he gave the organization his constant attention." The George Bonfiglio Chairman's Award will be presented annually at the DCI World Championships to a person who has demonstrated extraordinary leadership, service and effort on behalf of Drum Corps International. The recipient will be selected by the current Chairman of the DCI Board of Directors and the current DCI Executive Director. 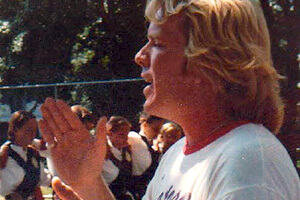 John Brazale
Prior to the 2012 season, only one of DCI's five caption awards has not carried the name of an individual. The Best Visual Performance Award is now named in honor of the late DCI Hall of Fame member John Brazale. Involved in the drum corps activity for more than 30 years as a performer, instructor, designer and manager, Brazale joined Phantom Regiment's staff in 1976 as head of the corps' color guard program. Assuming drill design responsibilities in the early '80s, he quickly became recognized as one of the great designers of the era. "Not only was John a leader among drill writers, he was also quite active in the teaching of corps members. I think that's a huge part of why his name is going on this award," said Phantom Regiment Program Director Dan Farrell. "He was extremely successful with his teaching style and teaching techniques, and he was also endowed with the motivation and all the tools that made him a truly inspiring teacher." Brazale, who passed away in 1993 and was posthumously inducted into the DCI Hall of Fame in 1994, joins several other notable drum corps personalities that caption awards have been named after, including Donald Angelica (Best General Effect Award), Fred Sanford (Best Percussion Performance Award), George Zingali (Best Color Guard Award) and Jim Ott (Best Brass Performance Award). 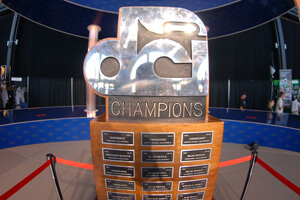