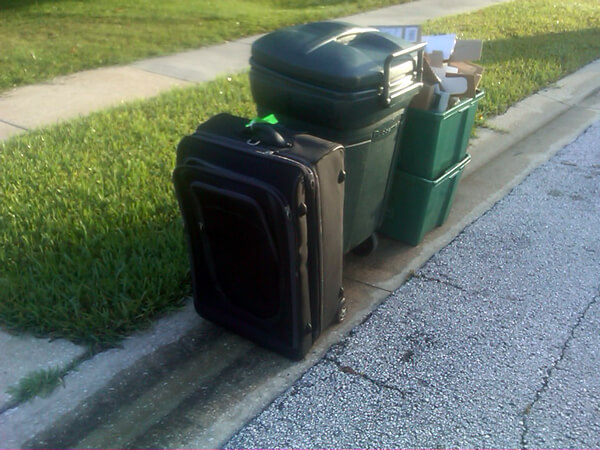 On the heels of her age-out summer this August, I took this photo of my daughter KT's final symbolic act. This suitcase has been her constant companion over 45,000 miles in three summers, as well as a three-month tour in Japan with the Odyssey "Brass Angels" cast. Her six years of playing contra in a DCI corps started with Magic of Orlando, followed by four years with the Boston Crusaders, and she finished with the Blue Devils.