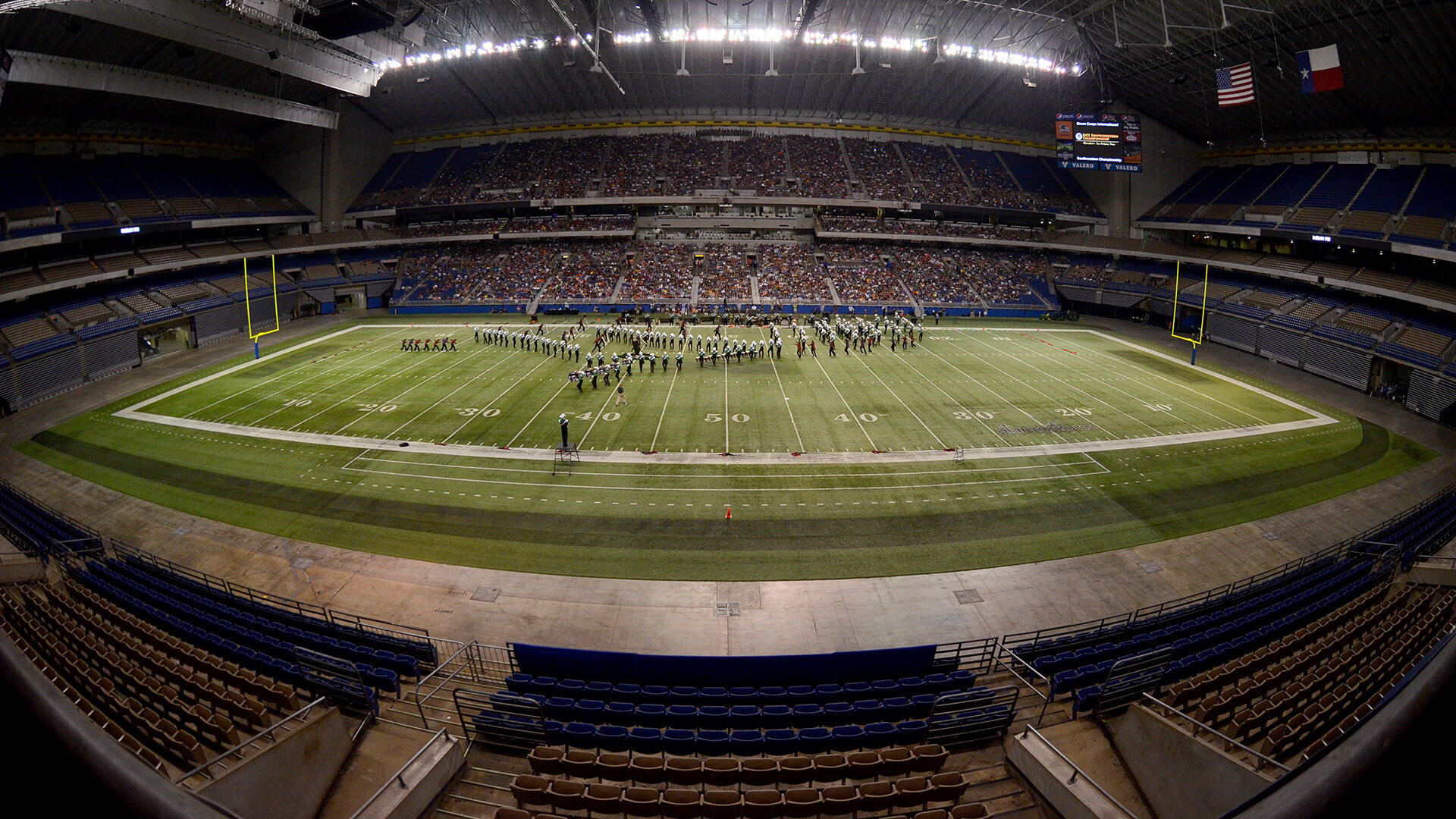 The entire lineup of DCI's World Class corps will head to the San Antonio Alamdome on Saturday.Photo by: Drum Corps International

All 22 of Drum Corps International's World Class corps will be competing at the same competition on the same night, as the focus of the DCI Tour descends squarely on San Antonio for the DCI Southwestern Championship presented by Fred J. Miller, Inc. If you can’t be at the Alamodome on Saturday, you can catch all of the action online via the DCI Live! streaming video platform.

Three Open Class corps and one international corps will join the full slate of World Class performances on Saturday. The webcast will kick off at 2:30 p.m. ET/11:30 a.m. PT, with the first of the 26 competing corps stepping off at 3:17 p.m. ET/12:17 p.m. PT. If you’re watching on DCI Live!, get comfortable--coverage of the all-day competition will continue past the midnight hour in the Eastern Time Zone.

PLEASE NOTE: This DCI Live! webcast will be available for viewing on desktop computers, with mobile streaming available exclusively through the DCI.org iPhone and iPad app, or the DCI.org Android app. The webcast can be accessed as part of a season-long subscription package or pay-per-view.

It's anyone's guess how the DCI Southwestern Championship will shake out. With all 22 World Class corps competing together for the first time, anything could happen, and you won't want to miss a second of the action on DCI Live!.