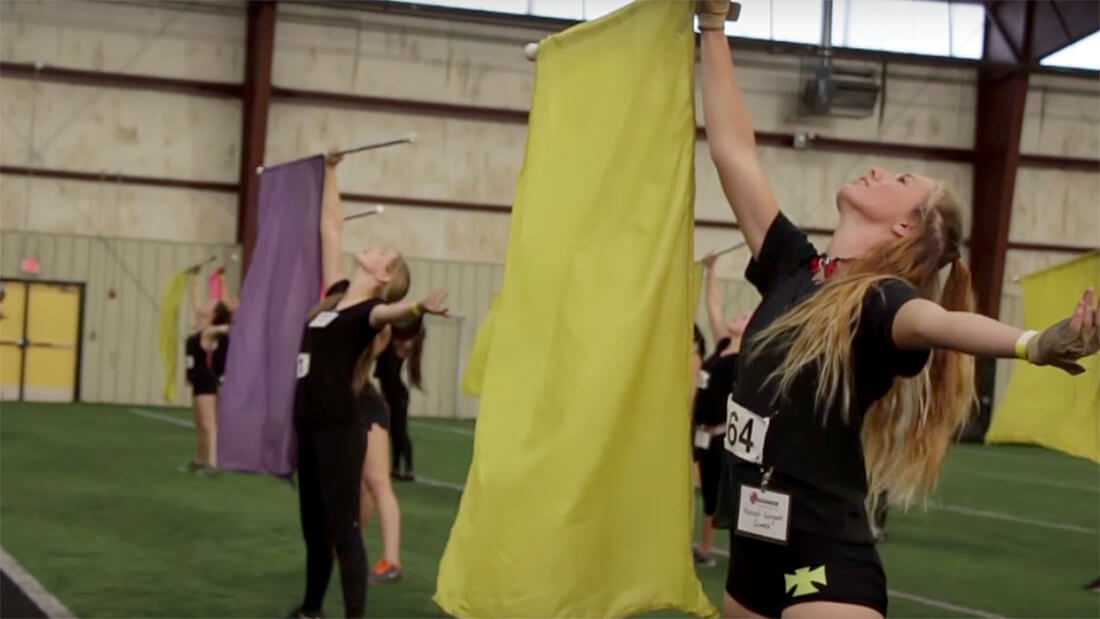 • Get ready for #GivingTuesday

The Academy encourages you to express your passion down to the last detail in this recently-released video.

How does a corps like the Blue Devils get hyped before a performance? Watch this deleted scene from the “Clash of the Corps” television show to find out.

California youth who want to know what it’s like to be in a top Open Class corps are invited to attend the “Be a Blue Devil for a Day” educational workshop on December 17.

Holiday shopping season is here. Save on shipping from the Blue Stars through the end of the year.

The Bluecoats are excited to head back to Minneapolis and Denver during the summer of 2017.

Boston Crusaders welcome two new members into the Crusaders Hall of Fame, Ken Flanagan and Tom Spataro. An induction ceremony will be held January 13 in Boston.

The Cadets are expanding their tuba section for 2017 and are enticing tubists to the corps’ December audition camp for “Tuba Christmas.”

Carolina Crown is moving to a new home office that will allow the corps to store its vehicles and equipment in one place. Contributors to the corps’ building fund will receive various recognitions.

Here’s how you can support the Colts coming up on #GivingTuesday.

See who’s on the roster of Mandarins brass and visual staff for the corps’ 2017 season.

Music City has announced the corps’ music arrangers and drill designer for 2017.

The Rockford Area Convention & Visitors Bureau put out a new video that includes footage of the Phantom Regiment drum line.

Stay up-to-date with Pioneer in the latest edition of the corps’ “News From the Top.”

Racine Scouts released the names of its administration, design, and instructional staff members for the corps’ 2017 season.

#GivingTuesday is just around the corner. Here’s how you can give the gift of the “Vanguard Experience.”

Southwind announced the members of the corps’ 2017 visual staff.

Many of Spirit of Atlanta’s percussion instructors are returning for 2017. “Having new and former instructors with strong teaching fundamentals and expertise can bring the program to the next level,” Director Chris Moore said.

Thunder pays tribute to former Executive Director Mike Koch, who has moved to another state.