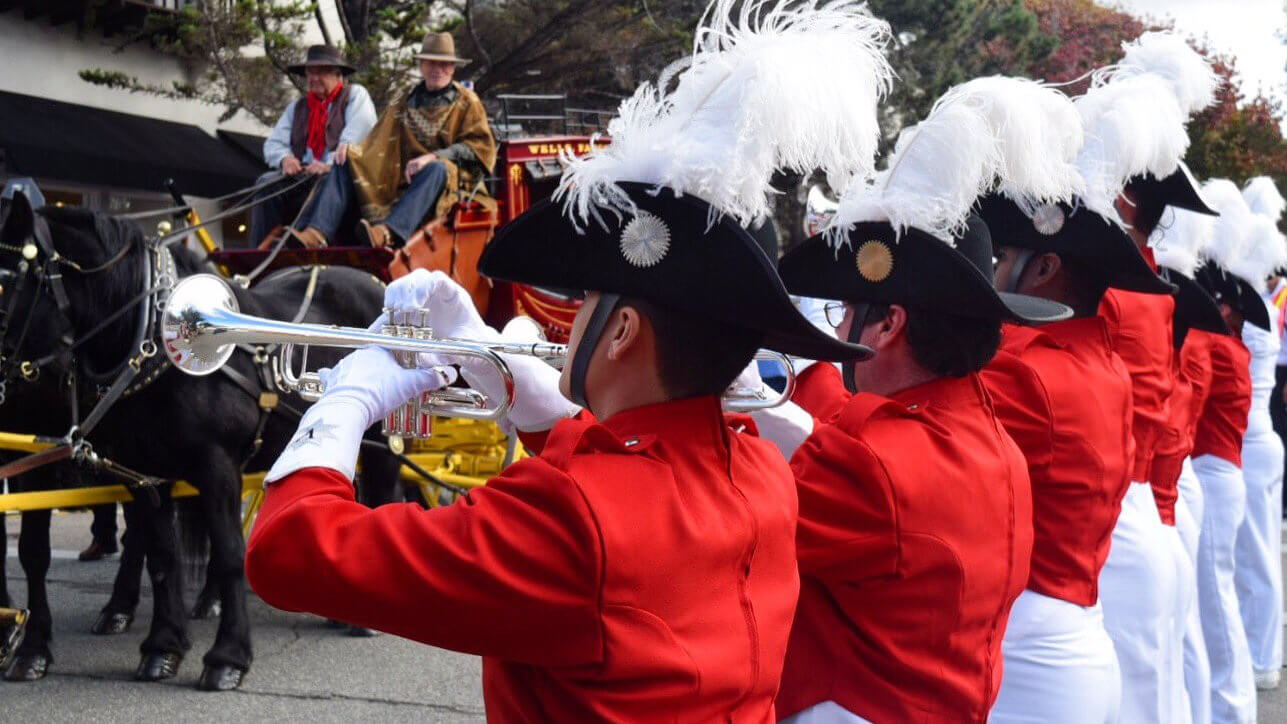 • Southwind is up to some "Strange Things"

In conjunction with the corps’ audition experience camp just outside Boise, Idaho, the Battalion will host an informational session for parents.

In a new deleted scene from the “Clash of the Corps” television show, corps members were asked, “If you could march in a different section of the corps, which one would you choose?”

This week, the Blue Knights announced the members of the corps’ 2017 percussion section. The group will be led by returning caption supervisor Mike Jackson.

Bluecoats’ alumni performing organization, Rhythm IN BLUE, has announced its plans for 2017, which includes fielding a SoundSport team. According to organization director Jay Wise, “We have performed at area events the Bluecoats are unable to because they are either on tour or in their off-season. We are looking at ways to increase our outreach in the community in ways beyond just performing.”

Meet the members of the Boston Crusaders’ operations and administrative team for 2017.

The Cadets are looking for a few volunteers to help at the USBands A Class Nationals in Allentown, Pennsylvania this weekend.

Cavaliers welcome back Travis Cross as brass co-caption head and appointed Tommy Allen to the position of color guard supervisor. Says Cross, “I’ve always admired the corps, especially for its consistent history of pushing the boundaries of both excellence and creativity.”

Colts revealed the members of the corps’ 2017 visual design and instructional staff. The team will be led by led by caption head Bob Barfield and visual designer Ralph Stewart.

No one in drum corps should have a better idea on how to celebrate Halloween than Crossmen’s mascot, Bones. If you’ve never seen Bones up close, check out this short video.

A future Madison Scouts member had the look this Halloween dressing up as one of his heroes.

Mandarins shared a video montage of how the organization’s drum line helped kick off the season for the NBA’s Sacramento Kings.

Oregon Crusaders offers a video salute to the marching bands in the Pacific Northwest.

Phantom Regiment showed how band students in the Chicagoland area can obtain free tickets to see the first college football game to be played at the home of the Chicago White Sox.

After a three-year absence, Tyrell Carver will return to Pioneer in 2017 to head the corps’ percussion section. The corps also announced the returning members of its visual instructional staff.

Santa Clara Vanguard helped celebrate the 100th anniversary of Carmel by the Sea by marching in the town’s parade and playing a fanfare for parade grand marshal Clint Eastwood.

Seattle Cascades introduces the members of its 2017 visual staff. The team will be led by Nick Benson in the role of director and designer.

Southwind revealed the title of its 2017 production, “Strange Things.” The show is billed as “a hypnotic journey through a twisted mind.”

Spirit of Atlanta introduced the members of its 2017 brass instructional team. Caption head Andy Poor said, “This is going to be a great year. We cannot wait to get started!”

Even America’s Corps is congratulating the Chicago Cubs on their World Series win.

Vanguard Cadets will hold a brass and battery percussion workshop on November 13 to help prospective members prepare for auditions.

Those planning on auditioning for Watchmen this weekend should know that there has been a location change to the audition site.