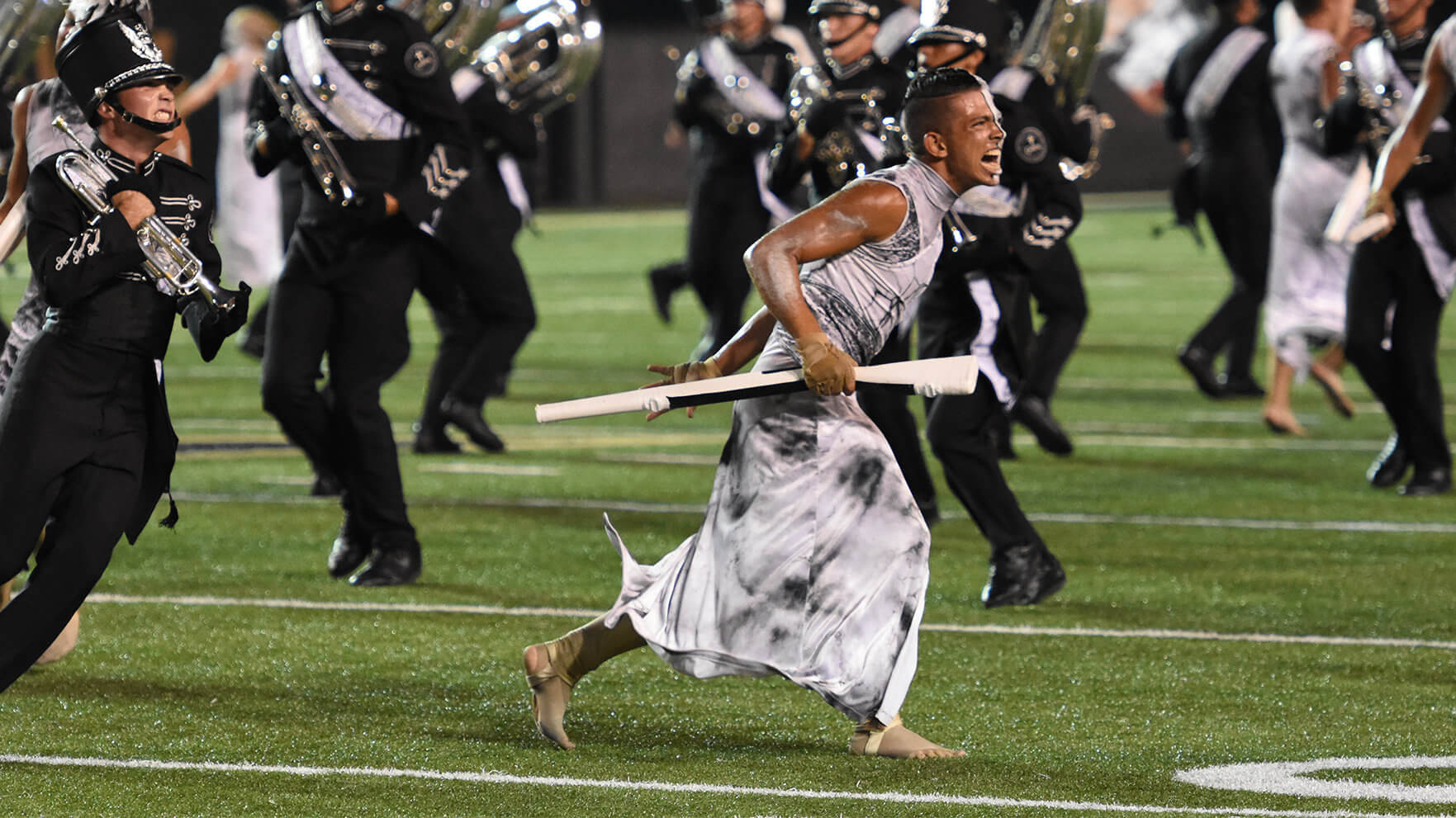 • Cadets contemplate who would survive the zombie apocalypse

• Troopers mark the 95th birthday of their late founder

7th Regiment named the members of its 2017 administrative team, including a new director and assistant directors.

The Battalion announced its 2017 educational and design staff members.

Blue Devils members talk life outside of drum corps in this deleted scene from “Clash of the Corps.”

Blue Stars named the members of its 2017 visual instructional staff.

Bluecoats want you to get into the Halloween spirit by carving a “Downside Up” pumpkin and posting it to the corps’ Facebook wall. Special bonus points if you carve “the wink.”

The Cadets ask, “Which section do you think would survive the zombie apocalypse?” To find out, check out this behind-the-scenes clip from “Clash of the Corps.”

Carolina Crown announced the members of its 2017 color guard staff, with eight members of the team being Crown alums. “I am excited about this team and the wide range of expertise they bring to the Crown guard," caption supervisor Joey Powel said.

Take advantage of discounted audition fees from the Cavaliers by registering by November 1.

Colts named the members of its 2017 color guard instructional team.

Check out Crossmen’s cymbal line in this video from the warm-up lot in Atlanta.

Can you figure out Guardians’ impending show announcement from this video? Add your guess in the comments section.

Les Stentors are hosting a fundraising event near the corps’ hometown of Sherbooke, Quebec, Canada on Saturday, October 29.

What was it like to be a member of Louisiana Stars during the corps’ longest tour to date? Check out this video.

Want to give the ultimate Christmas gift to your favorite future marimba star? Sneak a “gently used” Madison Scouts marimba under your Christmas tree.

Oregon Crusaders has a new PSA video for its local audience, but all will be entertained by it.

Phantom Regiment’s audition flyer and poster would make a great addition to your band room bulletin board. Here’s how to download.

Pioneer has announced its 2017 show, “Irish 24601,” based on the Jean Valjean character from the musical, “Les Miz.” The corps wrote in its announcement: “The well-known musical has been used by several corps and bands, but by using only a part of it with lots of clever imagination, the corps’ design team plans to make it another audience-pleasing production, Pioneer version.”

If you live in the Bay Area, you can help out the Santa Clara Vanguard organization by volunteering for the its bingo operation.

Troopers celebrated what would have been the 95th the birthday of the late corps founder Jim Jones with this must-see video from the corps’ archives.