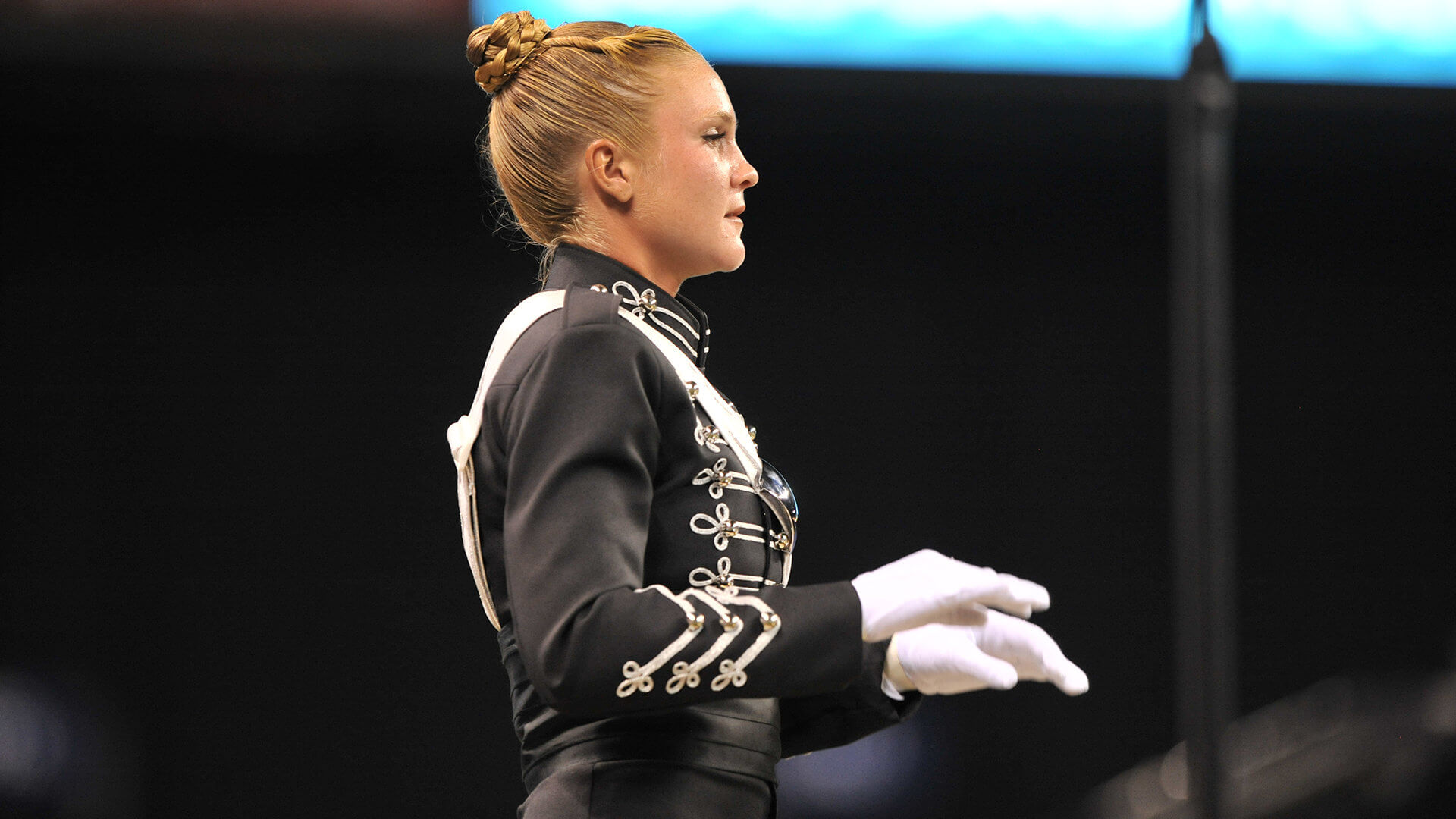 Kendall Stevenson will return as drum major during the Cadets' 2016 campaign.Photo by: Drum Corps International

• Watchmen will take on Goliath

Just in time for the kickoff of the holiday season, the Blue Devils will offer free shipping on all orders from the corps’ online store through December 18.

Yamaha announced today that the Blue Stars will perform with the company’s brass and percussion instruments beginning with the corps’ 2016 season. “We decided that if we give our students the best equipment possible, we are also providing them with the greatest chance to succeed, so we are going with Yamaha across the board,” Blue Stars executive director Brad Furlano said.

The Bluecoats glowed orange this past week thanks to these pumpkins carved by loyal fans.

Meet the section leaders of the 2016 Cadets who will be led by returning drum major Kendall Stevenson. “There's a great leadership team in place, and while many of them are new to the team, they are all three-plus-year veteran members, so I am confident that they'll provide great things for the drum corps,” Stevenson said.

As the saying goes, “If the crown fits, wear it,” and this furry four-legged drum corps fan proves it.

Drill designer Jon Bay and tour director Max Meigel are two of the new names on the Colts Cadets’ staff roster for 2016.

Guardians announced the members of the corps’ 2016 brass staff who will be led by caption head Brandon Day.

Mike Grimes joins Legends as assistant director and tour manager for the corps’ 2016 season. “Mike brings experience along with a passion for education and the activity. He also shares our values and commitment to excellence,” executive director Ibe Sodawalla said.

Worry no more about trying to squeeze yourself into your old Madison Scouts T-shirt from the ‘70s. The Scouts have a limited quantity of shirts commemorating the organization’s 1975 World Championship title for sale.

The Mandarins are semifinalists in Social Venture Partners' 2016 Fast Pitch program. The initiative will give organization leaders the opportunity to be mentored to tell their story to an audience of Sacramento-area investors and business leaders who can support Mandarins’ educational endeavors.

Phantom Regiment’s caption heads will give prospective members an overview of the corps’ upcoming auditions on Tuesday, November 10, during an interactive live-streaming webcast kicking off at 8 p.m. CT.

Pioneer will host a comedy fundraiser on Thursday, November 19, in Milwaukee.

Next week, River City Rhythm will participate in Give to the Max Day, a fundraiser that benefits Minnesota nonprofits and schools.

For the first time ever, Santa Clara Vanguard will send a contingent overseas to represent Drum Corps International at the Taoyuan International Band Festival in Taiwan.

Freddy Martin, the founding director of Spirit of Atlanta and a DCI Hall of Fame member, will return to the organization this summer as part of a brand new staff of brass instructors.

Troopers member Cameron Honnen returns to the Troopers as horn sergeant for the corps’ 2016 season.

Watchmen’s 2016 competitive production will tell the story of Goliath.