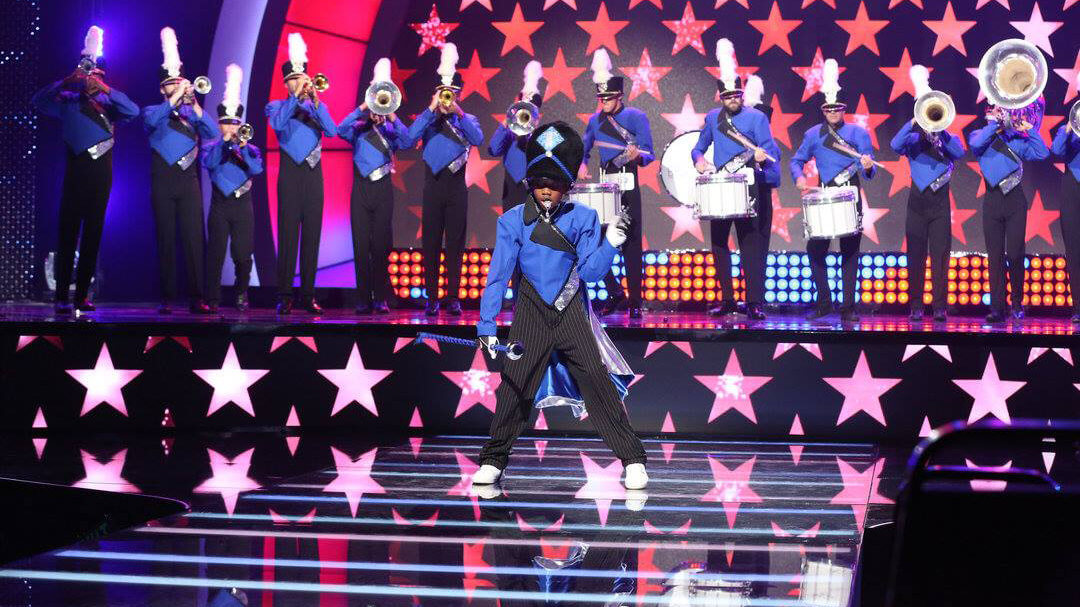 Some famliar uniforms will be on display during an upcoming episode of the NBC TV show &quot;Little Big Shots.&quot;Photo by: Facebook

The Academy Alumni Association launched a new “The More You Give the More You Get” fundraising campaign.

This Sunday (8 p.m. PT/7 p.m. CT), a Blue Devils ensemble will back up a young baton-twirling drum major on the NBC television show “Little Big Shots.”

Blue Stars posted their spring training schedule for the end of June in La Crosse, Wisconsin.

Tom Santino, a music educator who led the corps’ brass line in the late 1990s, has been selected for induction into the Boston Crusaders Hall of Fame.

The Cadets invite you to attend the group’s rehearsal this Sunday, May 1 in Pennington, New Jersey. The corps will offer attendees a special meet-and-greet and the chance to hear its entire 2016 musical production.

Michael Tran has been named the new corps director of the Cascades.

The Cavaliers announced the title of their 2016 production, “Propaganda,” which will feature musical selections by Henry Purcell, Morton Gould, Dario Marianelli and John Adams.

The Crossmen request your assistance as the organization participates in “The Big Give S.A.” on Tuesday, May 3. The 24-hour fundraising campaign will aid more than 1,000 San Antonio nonprofit organizations. All donors to the Crossmen will get a sneak peek at the corps’ new 2016 uniform.

Check out these photos from Genesis’ April rehearsal camp.

Jenne Brauchle is the newest edition to the Guardians’ percussion staff.

Check out this video recapping the Madison Scouts’ final off-season rehearsal camp of 2016.

Mandarins has a goal of $30,000 it’s looking to surpass during the “Big Day of Giving,” a fundraising campaign scheduled for Tuesday, May 3.

Music City had 160 in attendance during its recent April rehearsal camp. Check out these photos from the weekend.

A once-in-a-lifetime Egyptian vacation is just one of many items up for bid at the Oregon Crusaders’ upcoming dinner and auction fundraiser.

Phantom Regiment alumni, just days are left for you to register to be a part of the alumni corps that will perform during the organization’s 60th Anniversary Celebration this summer.