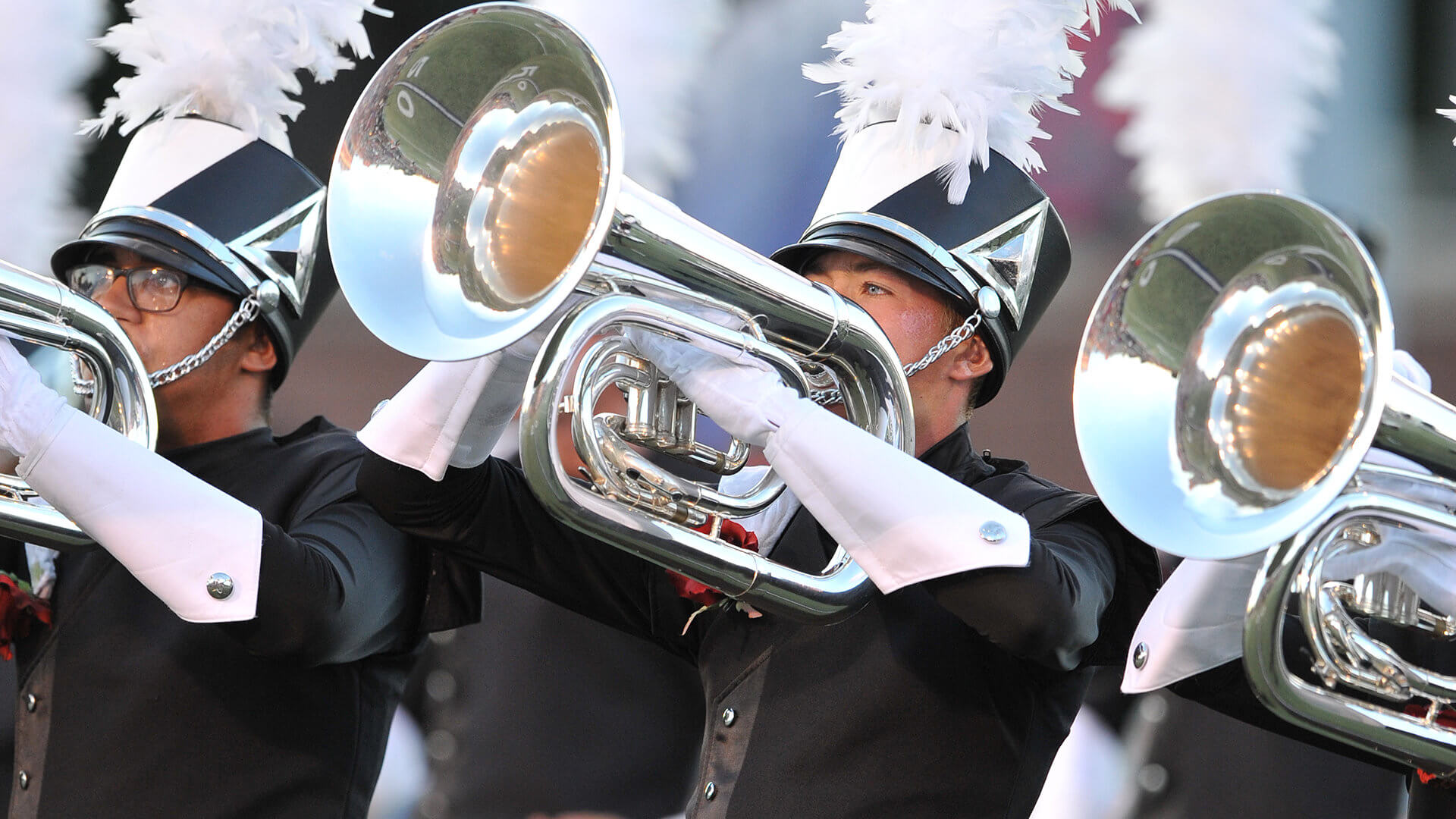 This week Genesis revealed details about its 2016 competitive production.Photo by: Drum Corps International

• Bluecoats staffer is an Indiana Music Educator of the Year

• Carolina Crown will distribute shoes to children in need

Read the latest edition of the 7th Regiment newsletter.

The Academy’s 2016 production, “Drum Corpse Bride,” is billed as a “love story of an unusual kind.”

You can now pre-order the official Blue Devils show shirt for the corps’ 2016 production, “As Dreams Are Made On.”

A Blue Knights member gives an update on what the corps was up during the group’s latest rehearsal camp in this video.

Don’t miss up to 40 percent off and free shipping on Blue Stars merchandise during the corps’ pre-season blow-out sale.

Bluecoats program coordinator Dean Westman was recognized by the New World Youth Orchestra as the Indiana Music Educator of the Year.

Boston Crusaders 2016 production “Quixotic” will be themed around the story of “Don Quixote.”

Check out the list of nominees who will be considered for induction into the Cadets Hall of Fame in 2016.

As part of Carolina Crown’s CrownCARES initiative, the organization will partner with Samaritan’s Feet to distribute new shoes and socks to more than 1,000 children in need within the communities local to Winston-Salem, North Carolina. The program is run in conjunction with Carolina Crown’s NightBEAT DCI Tour event on July 31 at Wake Forest University.

The Cavaliers released a video trailer setting the theme for the corps’ 2016 production, “Propaganda.”

The Colts shared new details about the corps’ 2016 production, “Nachtmusik.”

The Euripides play, “Medea,” will serve as the inspiration behind Genesis’ 2016 production, “Hell Hath No Fury.”

Find out how you can lend a helping hand to the Madison Scouts during the corps’ 2016 summer tour.

River City Rhythm has positions open for volunteers who will be responsible for all aspects of the corps’ food service program.

Highlights from Southwind’s April rehearsal camp are featured in a new video posted to the corps’ Facebook page.

In honor of the corps’ 40th anniversary, a Spirit of Atlanta member produced an audio documentary titled “40 Years of Family.”

Veteran Troopers members reflect on off-season rehearsal and audition camps in a new feature posted to the corps’ website.