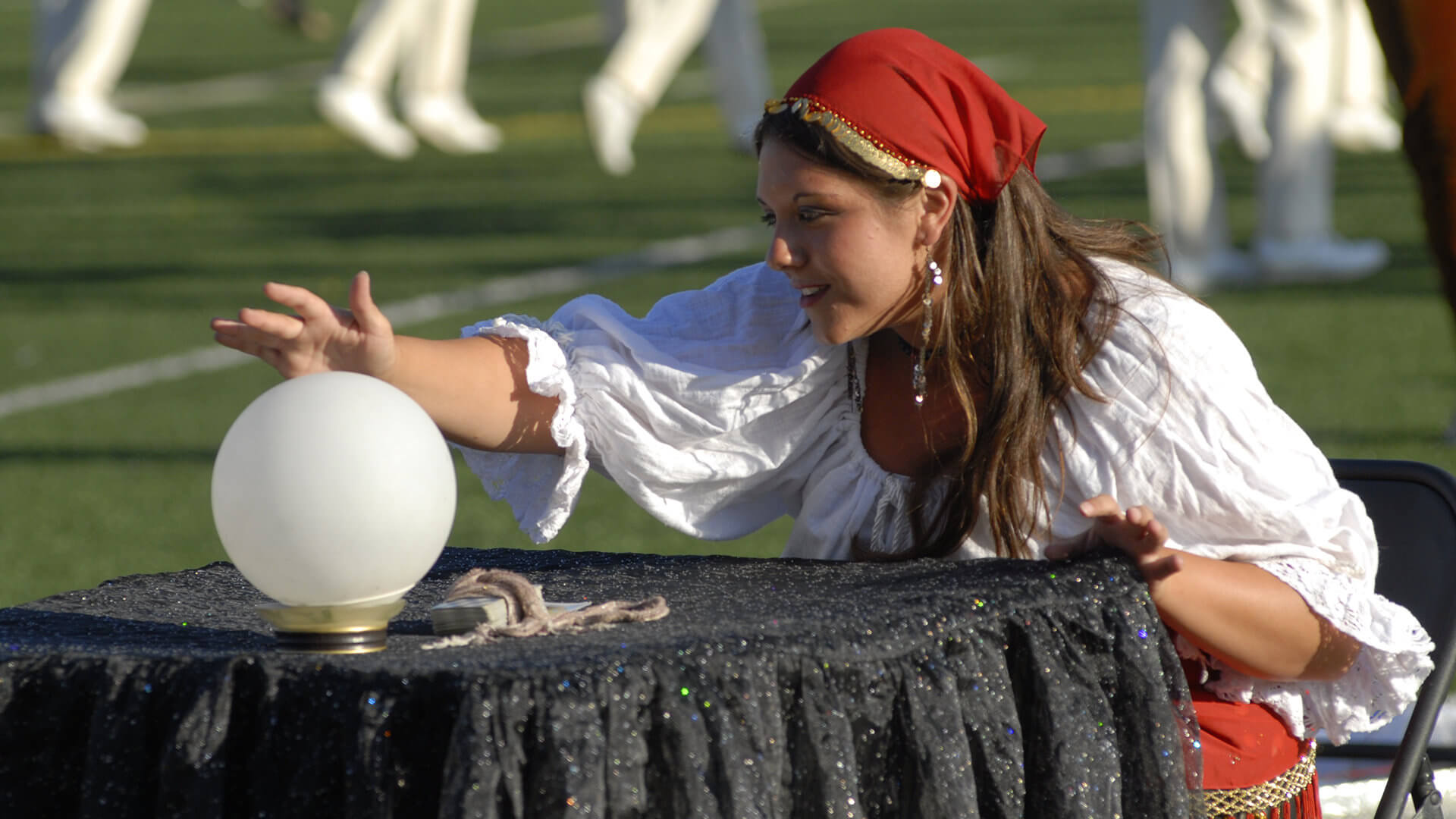 An upcoming Spartans fundraiser will bring a spirtual medium to the table.Photo by: Drum Corps International

DCI Hall of Famer Scott Johnson provides a short tip regarding how to gain an advantage when auditioning for the Blue Devils. Hint: It involves watching YouTube.

Did you by chance miss National Hug a Drummer Day? Blue Knights didn’t.

Time is running out to take advantage of an early-bird discount on audition fees for the Bluecoats.

It’s “Football Mania” with the Boston Crusaders, which means you can have a chance to win $400 each week of the NFL regular season.

They’re one of Drum Corps International’s oldest drum corps. See what the Holy Name Cadets looked like in their early years.

Carolina Crown is seeking donations to offset the cost of sending its percussion section to Indianapolis for the Percussive Arts Society International Convention next month.

Guardians posted the costs for audition camps and tour fees for prospective members in 2017.

Heat Wave posted additional info on how to march with the Florida-based Open Class corps in 2017.

Looking for a trumpet? Jersey Surf has a number of Jupiter brass instruments for sale.

Need a professional model mixing board? Check this one out at a discounted price from the Madison Scouts.


Don’t miss this unique first-person rehearsal view of a Mandarins front ensemble percussionist, who came to the corps in 2016 all the way from Lithuania.

Music City has already received more than 1,000 interested applications for the corps’ 2017 season, but there’s always room for more. Check out the latest updates to the corps’ winter rehearsal camp schedule, and sign up today.

Racine Scouts has announced a new partnership with the Athletic Bands of William Penn University in Iowa. Students of the university will be offered scholarships to march or intern with the corps.

On Saturday, October 13, River City Rhythm will be exhibiting at the Wisconsin State Marching Band Championships held in Whitewater, home of the very first DCI Finals in 1972.

If you’re interested in marching with Seattle Cascades’ percussion section, here’s the info you need.

Southwind is hosting an online and in-store book fair in conjunction with the Barnes & Noble in Spanish Fort, Alabama.

Spartans will host a unique fundraiser in December featuring a spiritual medium with the “gift of afterlife communication.”

Jeff Pearson and Jordan Roquemore have joined the Spirit of Atlanta operations team. “We have just added a wealth of years of experience to our organization,” Director Chris Moore said.

Troopers announced the members of the corps’ percussion education team. “The amount of knowledge and experience the 2017 Troopers percussion staff brings to the ensemble is incredible,” caption head Lauren Teel said.

Watchmen announced its 2017 rehearsal camp schedule. All events will be held at AB Miller High School in Fontana, California.