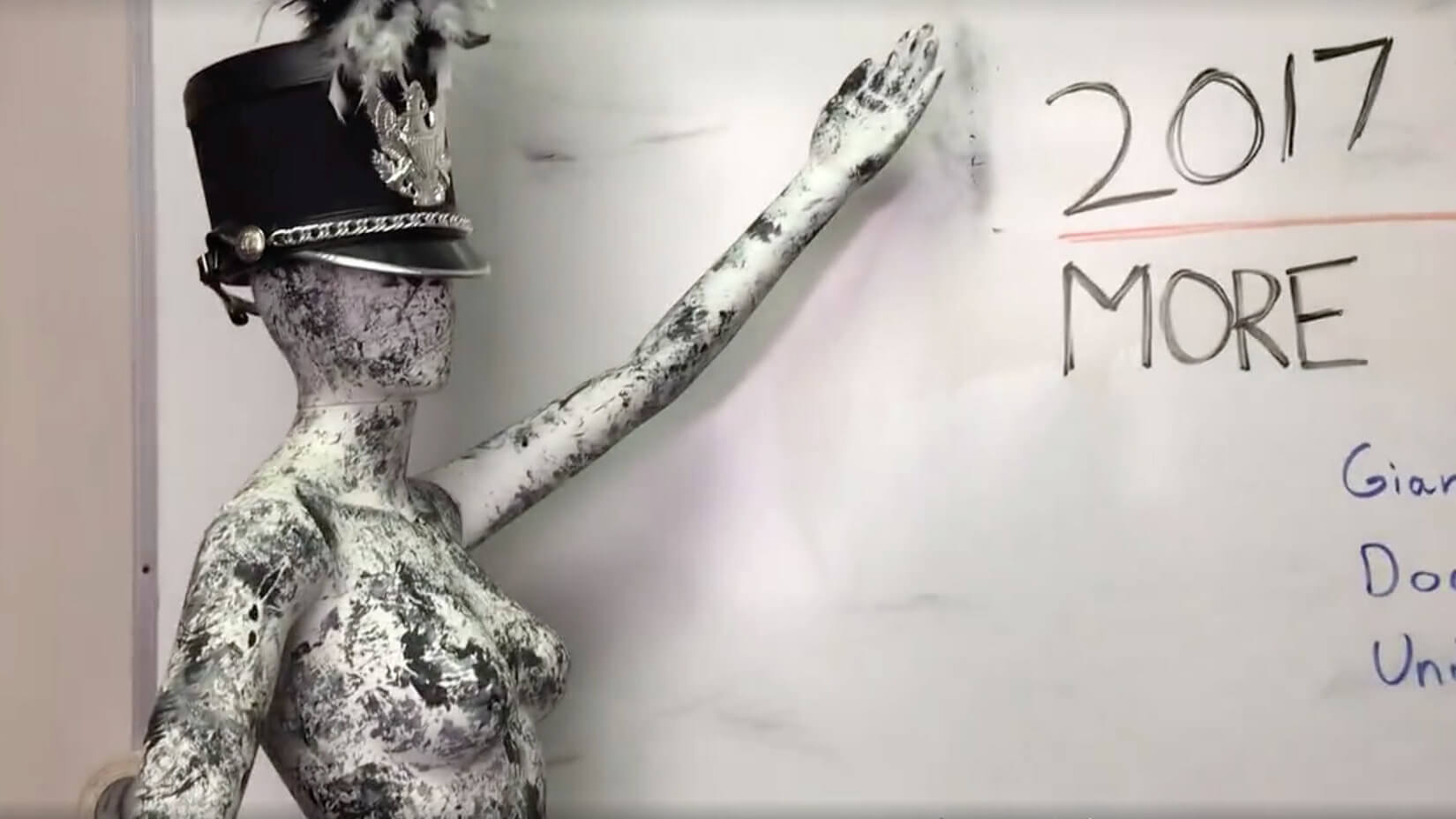 The Cadets took everyone to school this week on the #MannequinChallenge.Photo by: Facebook

• Leave it to the Cadets to pull off the #MannequinChallenge

• Academy looking for a new home

The board of directors of the 7th Regiment Youth Performing Arts Organization has announced a partnership with Inspire Arts & Music, the parent organization of the Boston Crusaders.

After its most successful season in its 16-year history, the Academy is looking for donors to make its dream of obtaining an office, warehouse, and vehicle storage space a reality.

Chad Sexton, drummer from the band 311, paid a surprise visit to the Blue Devils’ drum line in this clip from the “Clash of the Corps” television show.

If you’re in the Denver area, consider volunteering on the food crew for Blue Knights’ audition camp this weekend at Englewood High School.

Boston Crusaders have added some new people to its 2017 guard staff, including former members of Phantom Regiment and Carolina Crown.

After their 2016 production “Awakening” that brought statues to life on the football field, leave it to the Cadets to pull off the #MannequinChallenge at the organization’s Allentown, Pennsylvania headquarters.

The Carolina Crown percussion section was back in Indianapolis last weekend to perform at the Percussive Arts Society International Convention.

The Cavaliers have teamed up with Visceral Dance Chicago to provide the corps’ color guard a weeklong training experience in ballet and contemporary technique. The company is founded by Nick Pupillo, who marched as a member of Star of Indiana prior to becoming a Cavaliers staff member in the early 2000s.

Colts announced the members of its brass staff for 2017, including newcomer Chad Miller, who will serve as caption head.

This week Genesis introduced the new and returning instructional staff members for the corps’ 2017 season.

Guardians revealed the title of its 2017 production, “My Beautiful Dark Twisted Fantasy.”

Les Stentors will be marching in the Sherbrooke Santa Claus Parade on November 27 in Canada.

Racine Scouts are looking for trombone players for the corps’ 90th anniversary season.

The Santa Clara Vanguard Youth Percussion Ensemble is the organization’s newest performing arts ensemble, created for youth ages 13-21. “This is the next step for the Santa Clara Vanguard in fulfilling our mission and creating even more opportunities for performers to share their talent with the world,” executive director Charles Frost said.

Kyle Thompson and Robbie Rutherford will return to the Seattle Cascades in 2017 as brass caption supervisors.

Southwind introduces the members of the corps’ 2017 percussion instructional staff.

Just in time for the holidays, Spartans offers a new line of five styles of baseball caps.

Spirit of Atlanta announced that Jason Palmer and Gilles Ouellette will return as visual designers for 2017, joined by returning and new staff members, all whom have been on the corps’ staff in prior seasons. Palmer says, “The variety of backgrounds from each member of the staff lets us cover many aspects of movement within our production and education philosophies.”

Heather Brown was named the Troopers’ new operations manager. Brown, a former member of the color guard staffs of Southwind and Memphis Sound, said, “The Troopers has such a long, rich history and is a true gem in the activity. I could not be more honored and grateful to be part of this organization.”