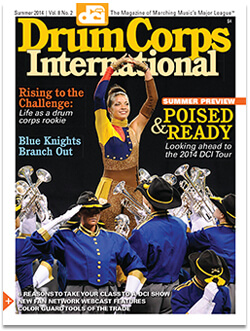 It's going to be a summer of discovery as drum corps groups experiment with new blends of music and movement to create perfect chemistry on the field.

From those first days of winter rehearsal camps to the last notes of the World Championship Finals, spending your first season in a DCI group can be a life-changing experience.

The latest weapons in the ever-evolving arsenal of a drum corps color guard.

The Blue Knights organization showcases its talented members at home and abroad.