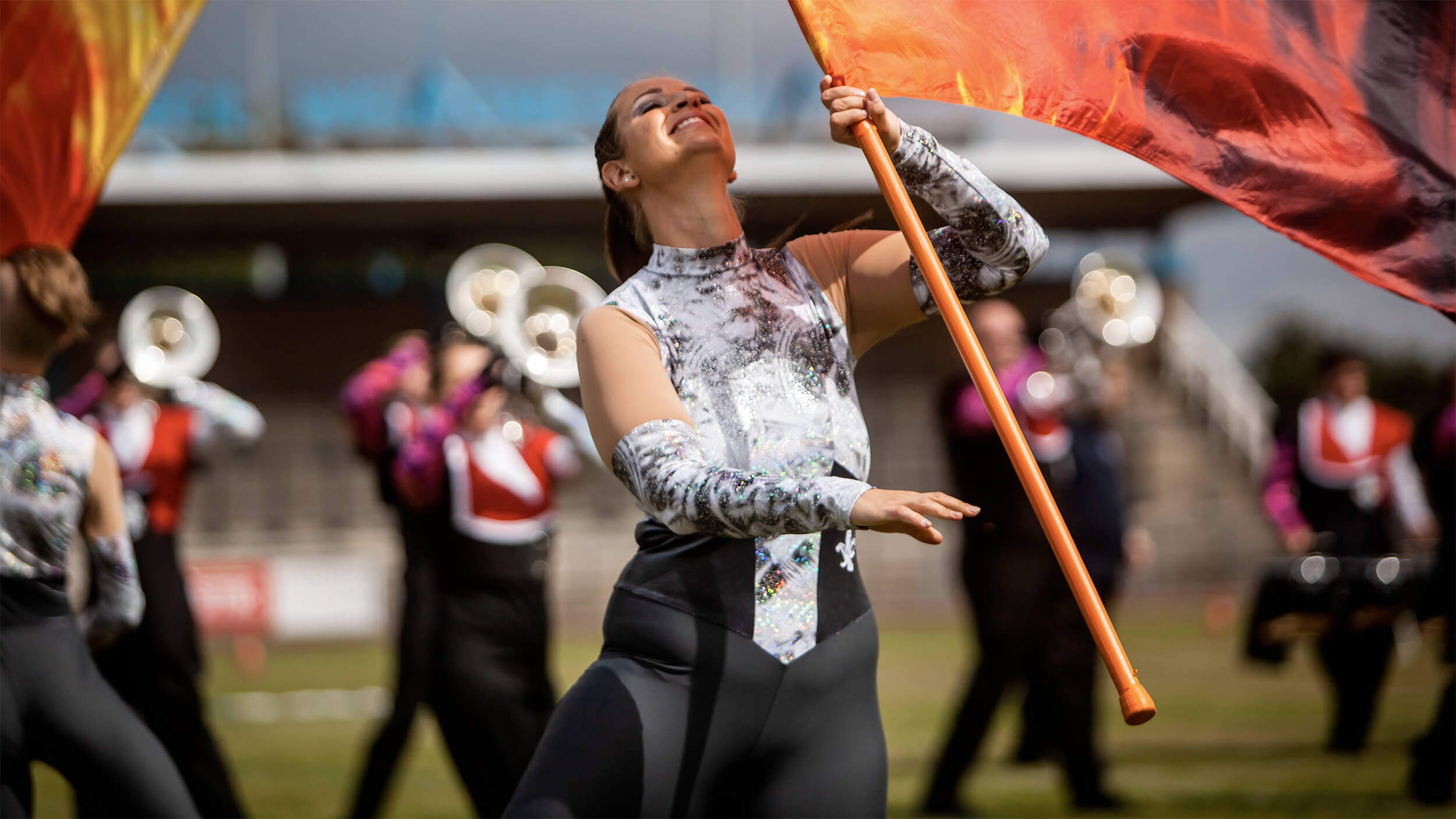 The Kidsgrove Scouts won their first Drum Corps Europe title since 2015 on Saturday in The Netherlands.Photo by: @KidsgroveScouts

ENSCHEDE, The Netherlands — The Kidsgrove Scouts capped off the month of September with a pair of gold medals, taking home top honors at Saturday’s Drum Corps Europe Championships just one week after doing the same at the Drum Corps United Kingdom Championships on their home soil.

The British corps earned its third all-time DCE title — and first since 2015 — with a score of 90.800 out of 100 points in the Finals competition, defeating defending Dutch DCE champion Jubal by just over a point. Jubal’s silver, with a score of 89.950, is its third medal in as many seasons.

Jubal had trailed Kidsgrove by more than two points in Saturday’s Prelims competition, but surged to within a point while also topping the Finals recap in the music caption by a resounding margin, including top marks in percussion. Kidsgrove’s big wins in the other two major captions, though, made the difference.

“This completes an amazing undefeated season which we are incredibly proud of,” the Kidsgrove Scouts posted to their Facebook page following Saturday’s win. “Thank you to every single person who has supported us throughout this year.”

One of the bigger success stories of the 2019 European drum corps landscape, Birmingham, England’s Beeches Performance Ensemble rose all the way to the bronze medal position after taking DCUK silver a week ago. Beeches scored an 86.400, defeating its next closest competition by just shy of a point.

In 2018, Beeches earned eighth at the DCE Championships, making it the highest riser, by far, at 2019’s event.

“Absolutely knackered but I got up and at work for 6 a.m. with a big massive smile on my face,” Beeches director Andrew Dallison posted to Facebook in the afterglow of this weekend’s championship event. “Still cannot believe what we have achieved this season from eighth to third in Europe.”

With DCE and DCUK medals in hand, Beeches and Kidsgrove Scouts will both be preparing to take part in the 2020 DCI Summer Tour.

Close competition followed the grouping of corps seated fourth through sixth, with a particularly tight race separating Germany’s top representative, Starriders (4th, 85.500) and Juliana (5th, 85.300). The latter corps, representing the Netherlands, scored ahead of Starriders in the effect and music captions, but the German corps’ visual scores kept it in fourth place.

Starriders jumped ahead of Juliana from Prelims to Finals, after having trailed by just one tenth of a point in the earlier round of competition. Germany’s Spirit of 52 (6th, 84.650) finished less than a point outside of the top four; its music caption checked in as high as third, with a notable second-place finish in percussion.

Ireland’s Inbhear Mor who performed as part of the 2019 DCI World Championships and Germany’s Stormarn Magic finished just outside of the field of corps that advanced to Saturday’s Finals competition.

Four ensembles competed in DCE’s Junior Class competition, with the Netherlands’ own Jong Jubal earning a resounding win on its home soil. With its score of 83.900 and sweep of all captions except color guard, Jong Jubal won its 11th Junior Class title overall, as well as its fourth in a row and seventh in the past decade.

Johan Friso took home the silver medal with a mark of 78.500, while topping the color guard caption. A little ways behind the top two, Showband Rastede Youngstars (3rd, 70.950) and Blue Diamond Cadets (4th, 67.100) capped off the Junior Class standings.

View all scores from the DCE Championships