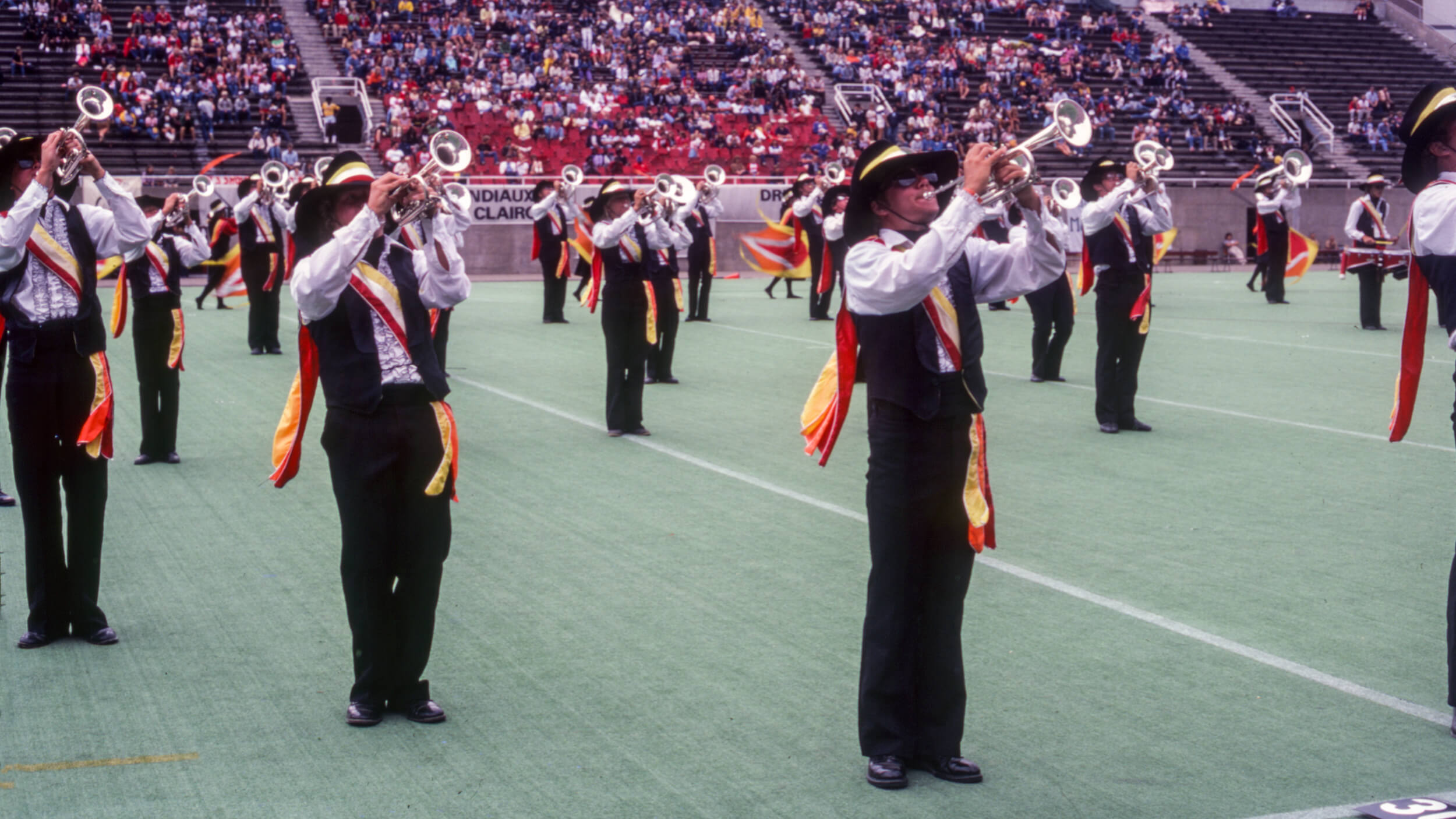 The entire competitive field was moved back 15 yards from its 1981 location in order to prevent sound from being trapped under the expansive overhang. This eliminated much of the echo that was noticed by fans in 1981.

The 1982 World Championship Finals is remembered for being one of the chilliest on record. According to weather records for the date of Finals, the temperature in Montreal dropped from 17 to 5 degrees Celsius. That's from a high of close to 63, to 41 degrees Fahrenheit

The cold evening of Finals witnessed Blue Devils winning their fifth title, followed by the previous year's winner, Santa Clara Vanguard. A new face among the top-three corps was Garfield Cadets, an ensemble that wasn't even a finalist three years prior. The fourth-place Phantom Regiment brought back their "Spartacus" show from the year before and Madison Scouts performed Don Ellis' "Strawberry Soup" for the first of three times. 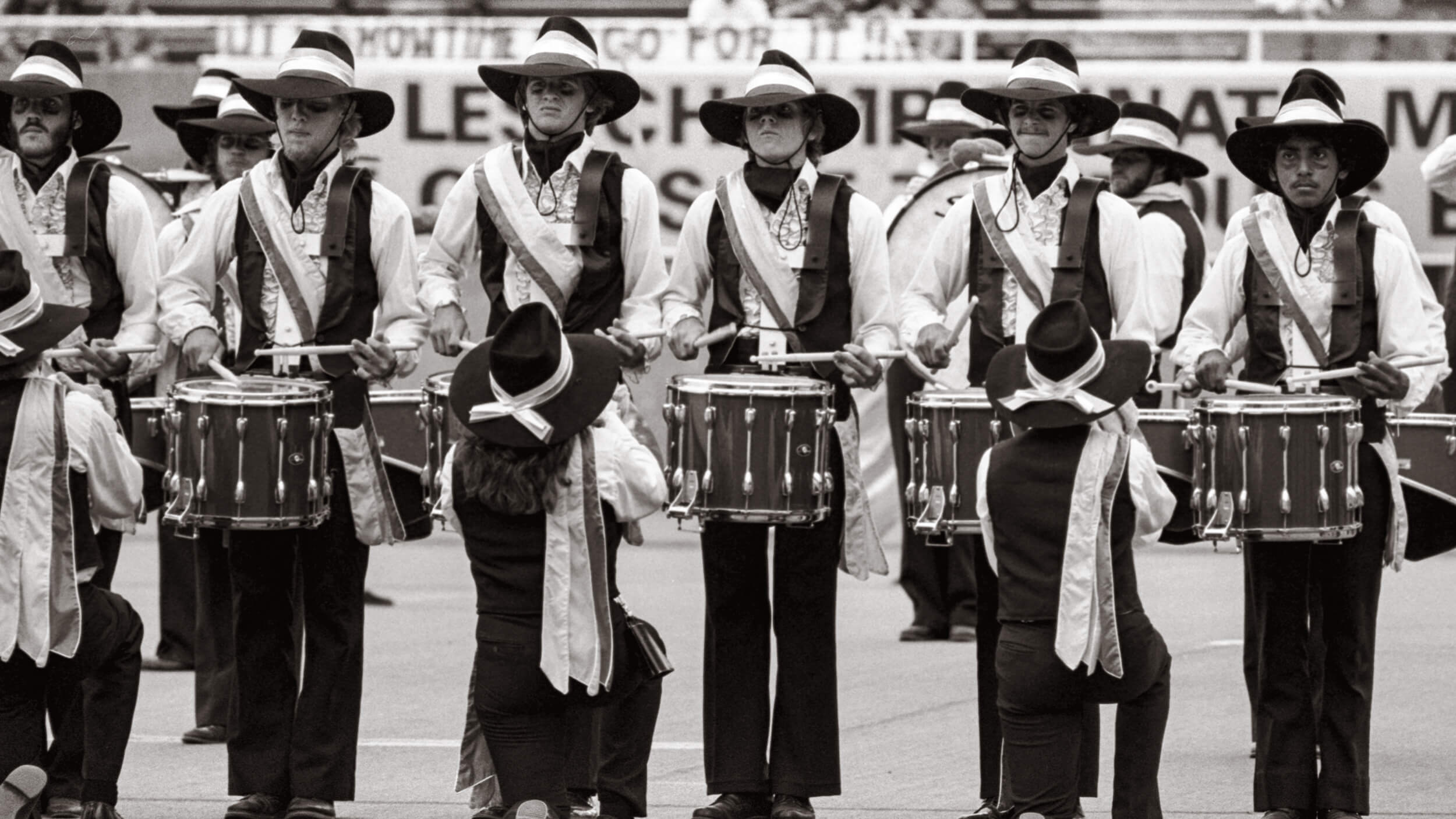 Sky Ryders competed at the inaugural DCI World Championships in 1972, but didn't return to the big show until 1977. After the success of their 10th-place finish in 1982, the corps made Finals five more times during the next nine seasons, showing up at the World Championships for the last time in 1993. They were the second corps from Kansas to make Finals, the first being the Argonne Rebels in 1972 and 1973. Like their predecessor, the corps was especially known for its horn line, capturing sixth in both Brass Effect and Brass Total (Execution) on the judges’ scoresheets in 1982. However, the Percussion caption was the corps' continual Achilles Heel, placing 12th by a fair margin.

Sky Ryders’ 1982 production opened with "Faces," the final track on the Earth, Wind & Fire album of the same name. From the beginning, it was apparent how solid the horn line was, with a volume that made fans take notice.

Ten color guard rifles were prominently featured up front, as they so often were throughout the show. One of the corps' characteristic moves came at the end of the opener, when five rifles sequentially leapfrogged over the five other rifles a few feet in front of them, then caught the rifles thrown by those in front. 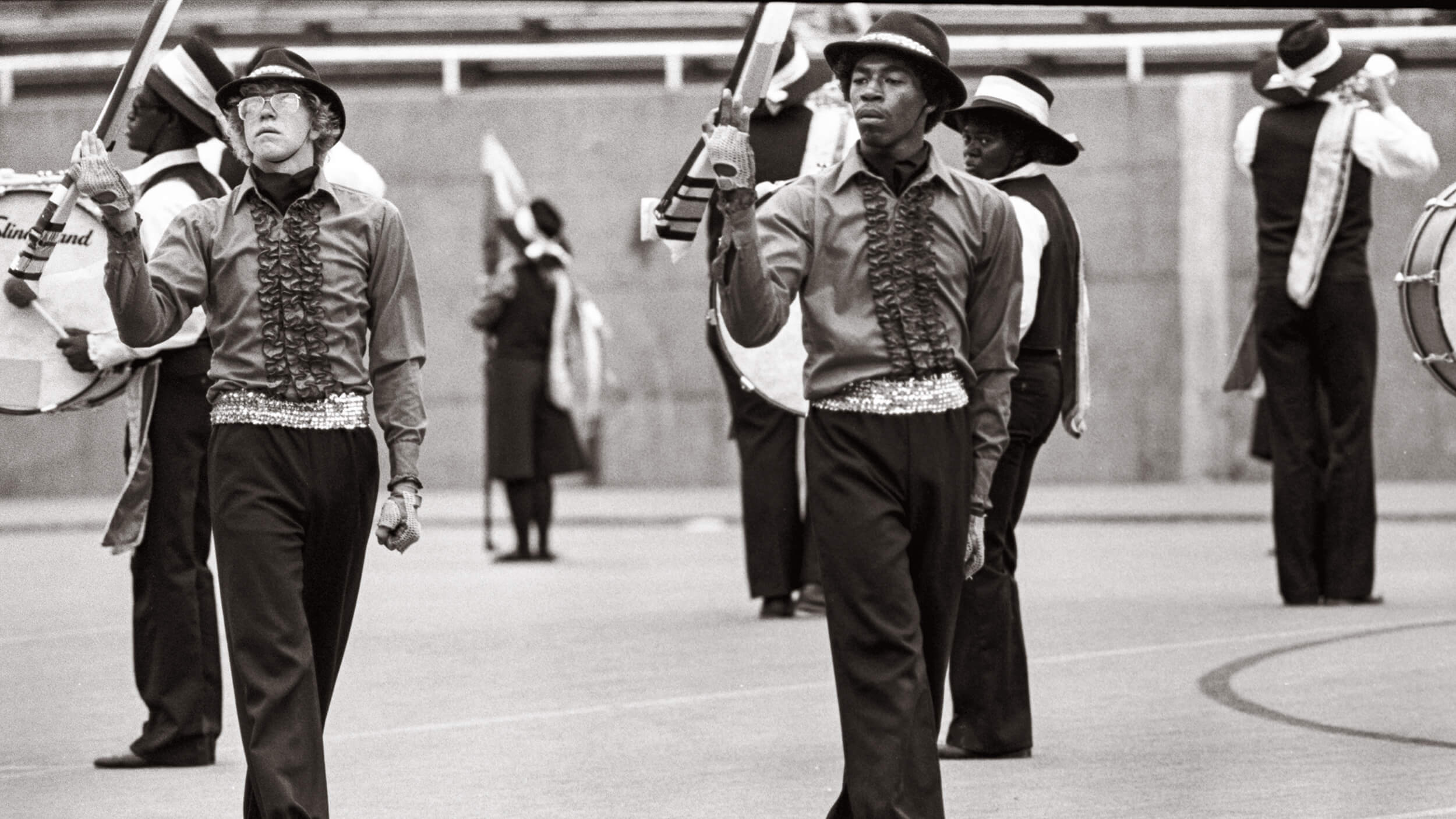 Played next, "Quein Sabe (Who Knows)” from "Cuban Fire!" was one of the selections in the suite written by Johnny Richards for the Stan Kenton Orchestra. The suite, recorded in 1956, was perfectly suited for drum corps with its heavy emphasis on Latin percussion. The original recording required six percussionists, quite unheard of for a jazz band. This work served as the corps' concert standstill number and allowed the soprano buglers to enjoy some screaming high-note moments. It's unfortunate that with other selections from "Cuban Fire!" having enjoyed much success on the field, this particular movement is often overlooked.

The Richards piece segued into a segment from "La Virgin de la Macarena," a traditional Paso Doble popularized at Mexican bullfights. Six soprano buglers came to the center front of the field and played a short double-tonguing feature that remains one of the favorite such features among longtime corps fans. A short drum solo featured the rifles spinning two rifles while members of the flag line spun a single rifle between the legs or the regular rifle bearers.

The next piece, "Come in From the Rain," is a tender pop song ballad co-written by Melissa Manchester and Carole Bayer Sager. For a few more years at this point in DCI history, it was still customary for corps to play such ballads as their closing tunes, and many fans wouldn't mind if it became a custom once again. 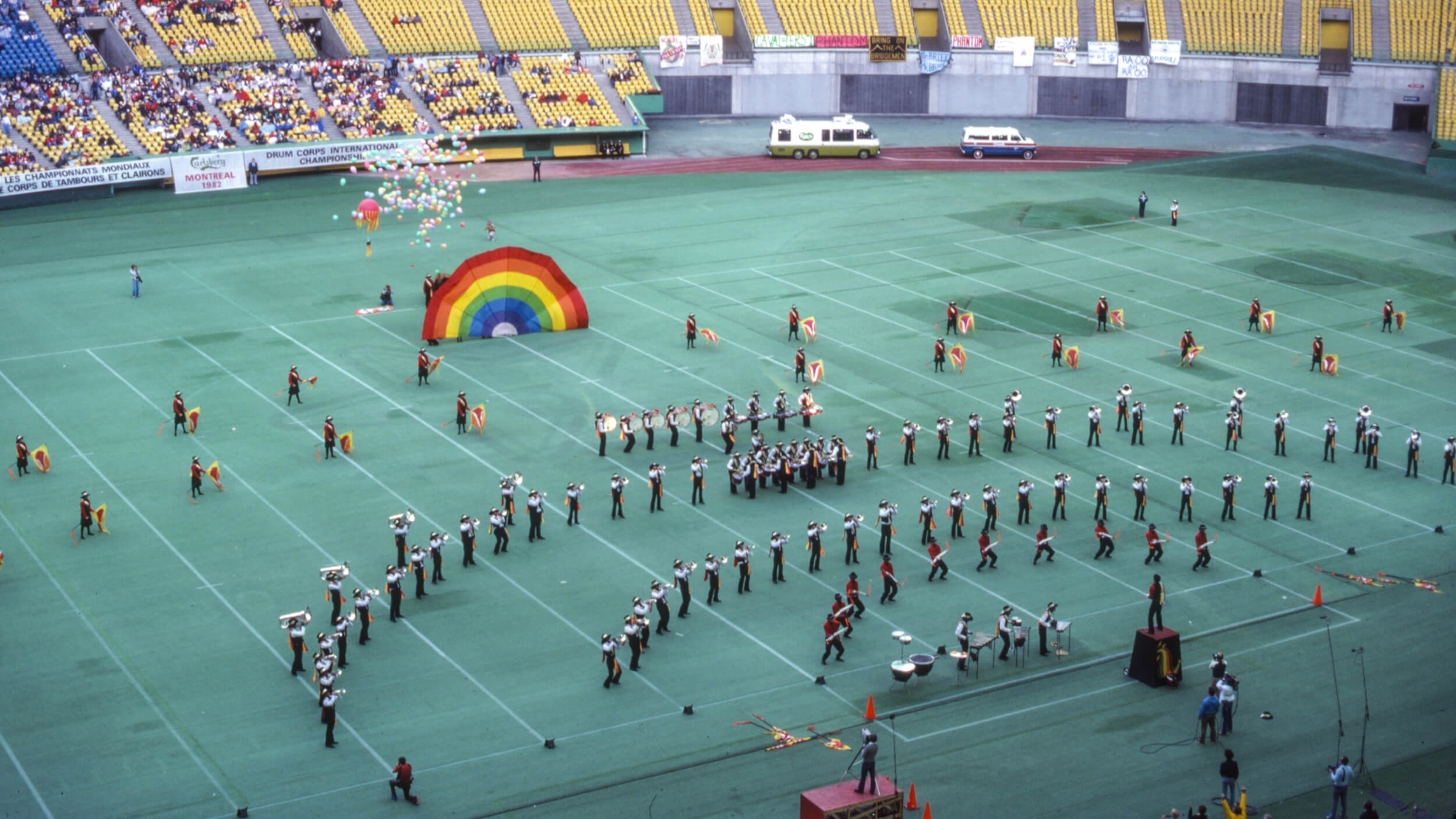 After evolving into a brief build into "Over the Rainbow" from "The Wizard of Oz," a 10-yard-wide rainbow set fanned out across the back of the field. In the era before massive theatrical sets, this was a dramatic visual.

Dozens of party balloons, hidden until the last moments of the show, were released to accompany one larger hot air balloon that represented Dorothy's journey to and from the magical kingdom. And, perhaps, it represented Sky Ryders' successful crossing of the rainbow into the realm of the top 12 corps in the Finals.