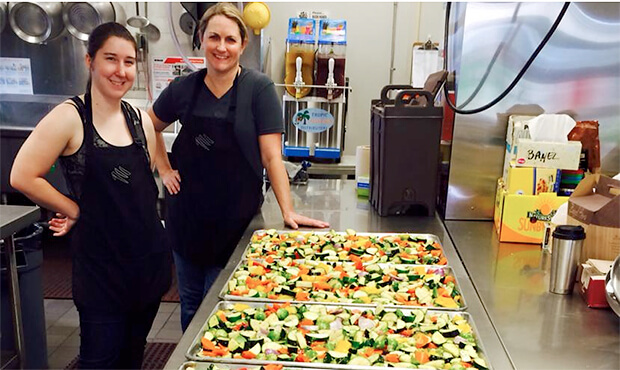 Check out this video recapping the Blue Knights' performance in Vail at the Alpine World Ski Championships.

Boston Crusaders is excited to welcome DCI Hall of Fame member Tim Salzman to the corps as a music consultant. "The prospect of joining this particular team of thoughtful, creative educators was intriguing, and I'm greatly looking forward to the process of helping the Boston Crusaders develop to their highest potential," Salzman said.

This week Carolina Crown dangled this short preview of music that will be a part of the corps' yet-to-be-announced 2015 competitive production in front of fans.

Colts took the wraps off its 2015 production titled, "...And A Shot Rings Out: A Johnny Staccato Murder Mystery. " Program coordinator Marc Sylvester says: "It's film noir. It's fresh. It's something nobody's done. But in the end, our plan is just to be a really good drum corps. "

Eruption reports that corps members learned the drill formations to the entire first movement of the corps' 2015 production during a recent rehearsal camp.

Genesis announced a new partnership with Gilly Designs to be the exclusive producer of graphic materials for the corps including drum wraps and decals.

Check out this set of photos from Gold's recent rehearsal for brass players.

Check out these delicious pics of food served up to Mandarins members during a recent rehearsal camp.

Raiders members were in action last weekend rehearsing in New Jersey. Check out these photos showcasing their hard work.

Episode five of the "SCV: Backstage" video series checks in on the Santa Clara Vanguard and Vanguard Cadets during recent rehearsal camps.

The Nashua (N.H.) Boys and Girls Club recognized the Spartans as a 2014/15 Academic Success Partner.