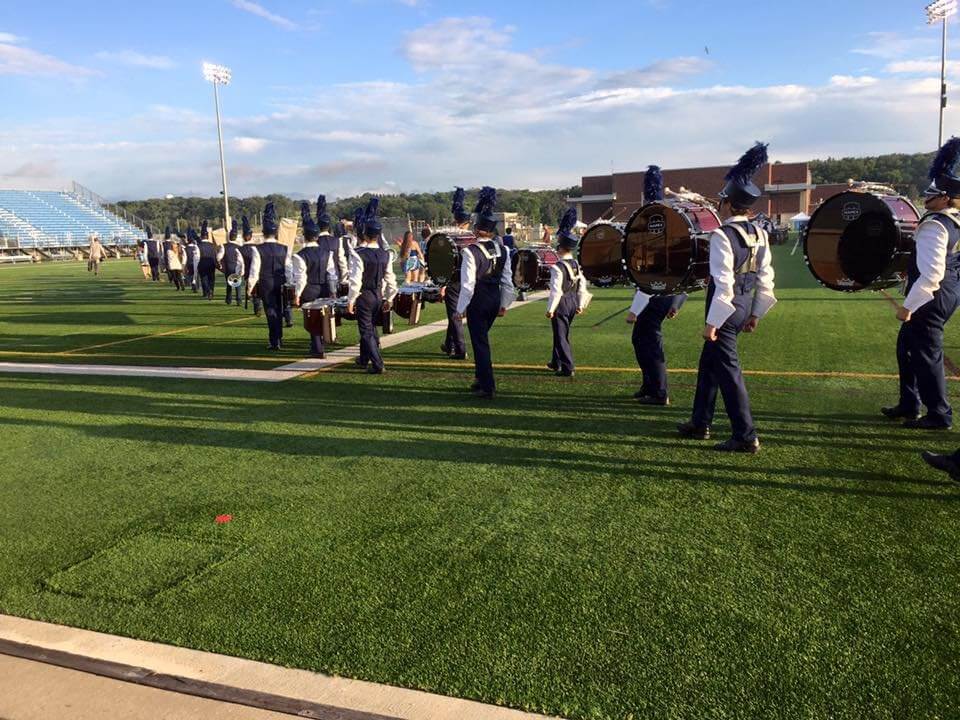 • Go behind the scenes of River City Rhythm's inaugural season

7th Regiment has embarked on a three-week fundraising mission to raise "7K for 7R."

Blue Devils International has made it to London. Check out these photos from the ensemble's tour through Europe.

The Blue Knights are looking for volunteers to give its food truck a facelift next Friday.

The Bluecoats will be selling their props after the end of the season. Interested program should e-mail the Bluecoats' sales team.

The Cadets added a used office RV to its vehicle fleet this summer thanks to donations received last Christmas.

Last week, Carolina Crown members shared some of their rehearsal time with students from the Music for All Summer Symposium. Go “Inside the Circle” with Crown and those students in this video.

Check out the Cascades’ new look for 2015. The corps’ first competition of the summer was Thursday in McMinnville, Oregon.

The Cavaliers have a busy holiday weekend ahead of them, including marching in three Fourth of July parades in the Chicagoland area.

Coastal Surge posted a photo album from the corps’ first week of rehearsal.

The Columbians will hold their end-of-season awards banquet on Tuesday.

Gold will host a night of entertainment on Saturday, July 11, at Mission Hills High School in North San Diego County.

The Guardians have officially begun their 2015 season. Check out this calendar for a detailed description of each day’s activities.

Legends is inviting friends and family to write “Letters from Home” for placement in the program books for the corps’ upcoming home shows.

Soggy fields didn’t stop Music City members from having a great time indoors during a recent dress rehearsal. Watch the corps make the best of the night in its newest video.

The Oregon Crusaders debuted their show, “The Midnight Garden,” at the corps’ 2015 Preview Gala.

Pacific Crest takes fans behind the scenes of the corps’ 2015 summer tour in this preview video.

Get the latest look at Phantom Regiment with photos of the corps in Mustang, Oklahoma.

Get a behind-the-scenes look at the River City Rhythm drum line in Rochester, Minnesota.

Keep up with Santa Clara Vanguard on tour with these weekly blog posts.

A new Spirit of Atlanta video features members of the corps’ cymbal line in slow motion.

Check out these photos of the Watchmen from when the corps visited the Rose Bowl last week.