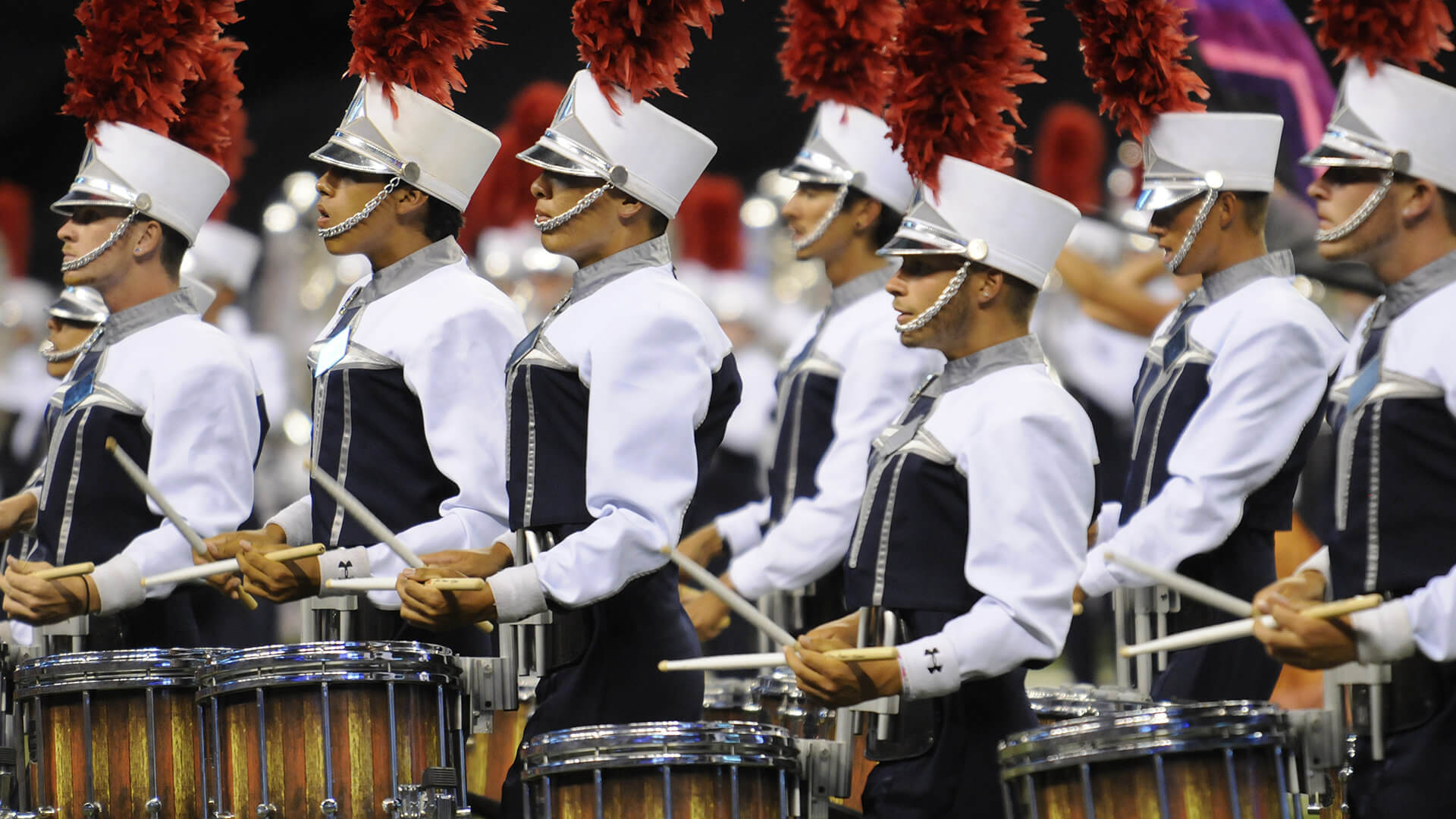 The Blue Stars revealed the theme of the corps&#39; 2016 competitive production this week.Photo by: Drum Corps International

• More corps reveal the themes of their 2016 productions

Blue Knights’ 2016 competitive production, “The Great Event,” will “ponder time, existence and the courage to stay open in the face of change.”

Spring training is underway for the Bluecoats. Check out some of the first photos from the corps’ camp.

The premiere screening of the Boston Crusaders’ 75th anniversary documentary will take place Thursday, May 26 in Hyde Park, Massachusetts.

A new web series from the Cadets helps you get to know the corps’ 2016 members.

Borrowing themes from Shakespeare’s “Hamlet,” Homer’s “Iliad,” and Goldman’s “The Princess Bride,” Carolina Crown’s 2016 production “Relentless” will “weave a tale of revenge through the visual and sonic perspective of a timeless Spaghetti Western.”

A Colts member was awarded the Major Landers Scholarship Award by the Iowa Bandmasters Association.

There’s still time to register for the Crossmen’s 2016 series of educational Experience and Leadership Camps.

Genesis has a number of volunteer needs for the corps’ 2016 summer tour.

Photos are in from Heat Wave’s latest rehearsal camp. “This weekend the corps made incredible progress as each section made more room for muscle memory,” the group reported on Facebook.

Check out the Mandarins color guard hard at work during the corps’ mid-May rehearsal camp.

Pacific Crest’s 2016 production, “The Union,” will have a railroad theme.

Check out the latest from Pioneer in the corps’ recently posted “News From the Top” newsletter.

The Spartans organization announced this week that it will start a winter color guard program in 2017.

The Troopers Hall of Fame Class of 2016 has been announced.