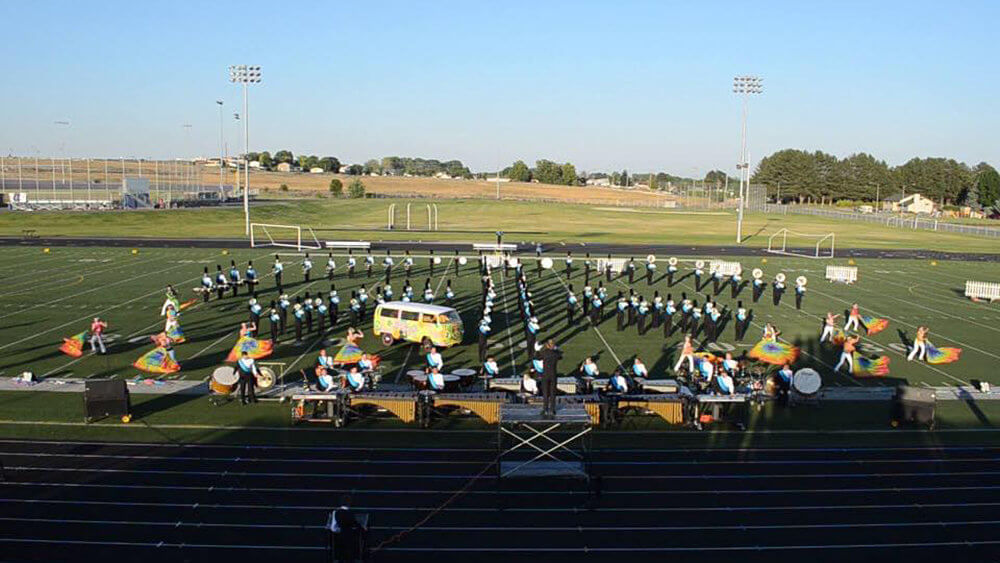 The Columbians closed out its 2016 summer tour this past weekend in Denver.Photo by: Facebook

• Blue Knights challenge you to an epic battle of uniform washing

• These corps still need you for their 2016 seasons

7th Regiment will entertain friends and family on July 17 at New London High School in Connecticut—a sendoff for the corps' 2016 summer tour.

The Blue Devils released episode five of its video series “InsideBD360” featuring advice from the guard’s choreographer, a visit from a bus driver and much more!

Blue Knights is calling all Texas volunteers to participate in its uniform washing challenge on July 22.

The Bluecoats’ artistic director and visual designer, John Vanderkolff, talked about the corps' new uniforms and show design in a recent podcast interview.

Members of the Boston Crusaders will perform at "Boston Day," a free public performance and educational clinic for students, in Evansville, Indiana on July 17.

Carolina Crown shared a huge gallery of photos from the corps' first-place performance this past week in Lebanon, Illinois.

Columbians finished off another fantastic season of drum corps and posted a thank you to all those who helped play a part in the corps' 2016 successes.

Genesis picked up some local press coverage with the announcement of the corps' return to Cedar Rapids for the July 29 Tournament of Drums DCI Tour event.

The corps will cover the tuition costs of anyone interested in filling one of four color guard positions this season.

The 2016 Gold Showcase will feature performances from four open class corps and a craft fair for all fans in attendance on Saturday July 16.

Members of the Madison Scouts talked about their tour in California, the memories they made and personal feelings behind their 2016 production “Judas” in a recently published video.

Raiders is calling all vibraphone players to fill a vacancy in its front ensemble section. A tuition discount is available.

The newest episode of “SCV: Backstage” shines a light on Vanguard Family Day and the corps members’ experiences alongside the Madison Scouts and Vanguard Cadets.

Southwind released its second teaser trailer, amping up for its first performacne on July 15.