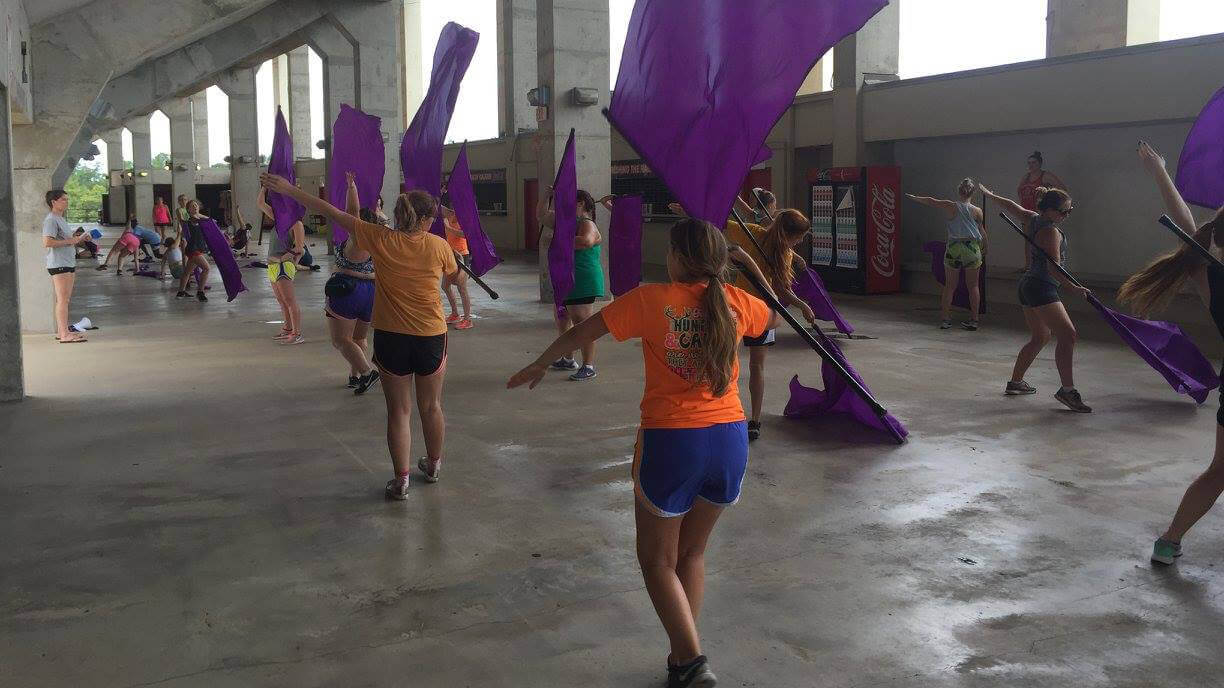 Members of the Louisiana Stars color guard rehearse in preparation for the start of their 2016 summer tour.Photo by: Facebook

•  Party with Phantom Regiment for the corps' 60th anniversary

•  Stay connected with the Cadets right in your pocket

Members of the Battalion were featured in a local news report as they prepared for the Corps Encore DCI Tour event in the corps' home state.

Blue Devils released a new episode of its video series "InsideBD360" featuring a look at the corps' new uniforms and more.

The Blue Knights announced the recipients of the corps' J.P. Herring Scholarship.

Bluecoats shared photos from the corps' combined performance with the Cadets, Phantom Regiment, Boston Crusaders, and Boston Pops this week at the Tanglewood Music Center.

This week the Cadets released a new mobile app called "Corpsboard." Made for iOS and Android devices, you can use the app to keep up with the Cadets' schedule, see how all the corps are stacking up competitively on the DCI Tour, interact with other drum corps fans, and much more.

Put yourself in the shoes of a Cavaliers member in the corps' latest video feature, "Bold Steps Forward."

Guardians is looking for a few good mannequins to join the corps for its 2016 summer tour. Dusty or dirty? Missing an arm or a leg? No problem!

The corps is looking to fill several color guard positions for its 2016 summer season.

Just a couple weeks away from the corps' first 2016 performance in Birmingham, Louisiana Stars unveiled its 2016 program, "In Suspense," that will feature musical selections by Modest Mussorgsky and Danny Elfman among others.

The Oregon Crusaders performed a concert at Pioneer Courthouse Square in Portland on July 3.

It'll be a party in Rockford, Illinois on July 8 as Phantom Regiment celebrates its 60th anniversary.

River City Rhythm is in need of additional food service volunteers in preparation for its trip to the DCI World Championships this August.

Members of the Santa Clara Vanguard color guard section are featured in the corps' latest episode of “SCV: Backstage.”

Southwind is looking to fill one bass drum spot for the remainder of the corps' 2016 season.