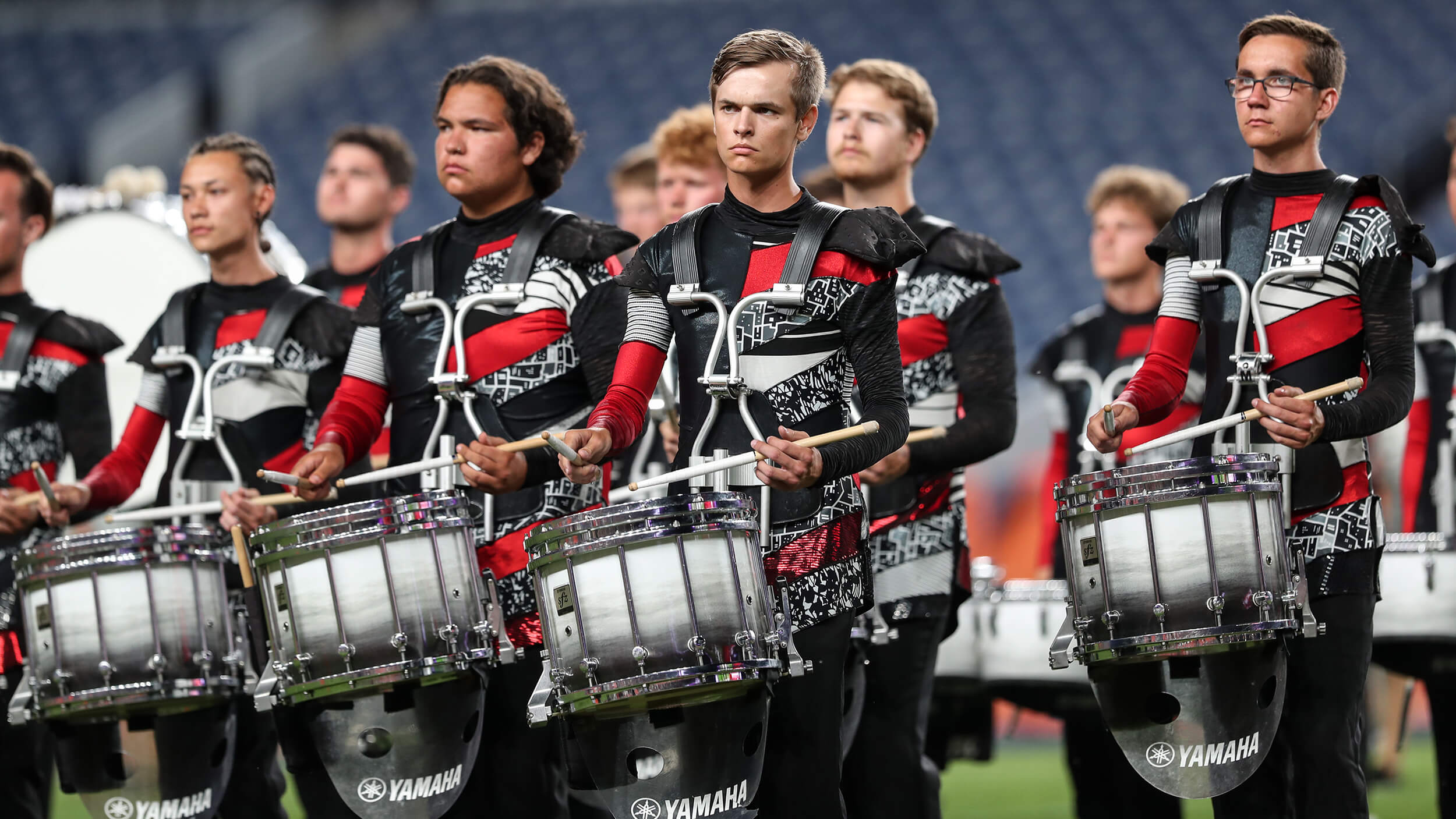 The 2019 Battalion drum line on the field of Mile High Stadium in Denver. Photo by: Drum Corps International

Are we going to Indy?

As the corps director for The Battalion, a Salt Lake City-based Open Class corps fresh off of its fourth summer tour, Steinacker spent several of her fall weekends in recruiting booths.

Band students in and around Utah knew full well the Battalion had made major strides in its first five years, and were waiting to know when the next step — the leap, rather, to the DCI World Championships — would finally come to fruition.

Steinacker couldn’t tell the full truth, that the trip to Indianapolis was well in the works. It wasn’t official yet.

“Just wait and see,” she said. “That’s all we could really say, because we wanted to be respectful of the process of getting approved.”

But everyone around the corps, in a way, knew this was a long time coming. The rapid progress the Utah organization had made in its first four years pointed directly toward a bright future.

It became official with the release of the 2020 Drum Corps International Tour schedule, which came nearly five years to the day of The Battalion’s very first rehearsal camp in 2015. For the first time, The Battalion will compete at the DCI World Championships in 2020.

“Ever since we started there’s kind of been this desire and push to go to the championships, and our membership has just been so excited about it — a lot of social media buzz, a lot of people just reaching out to each other,” Steinacker said. “We’re just excited to be there.”

“From the very beginning, it has been our goal to go to Indy in year five,” she added. “That is something that we’ve been working on since the day the corps was founded.”

Each of the past four seasons have seen The Battalion take major strides of growth, both as a competitive unit and as an organization.

In 2016 and 2017, the corps performed at five events each in the Rocky Mountain region. Year No. 1 was capped off with a score of 49.800. Year No. 2 was wrapped up with a 59.100. No corps across the DCI landscape has experienced that level of year-to-year improvement, in terms of final score, in the last decade.

In 2018, the corps' tour stretched to 10 events and featured a swing through California. The extended tour meant laundry days, extra housing sites and food, and longer bus trips. It was a success, and it ended with a score of 67.300. Finally last year, The Battalion ran largely the same tour, and wrapped things up with its first 70 — a 70.250, to be exact.

The Battalion stretching its legs in year three

For those keeping track, that’s more than 20 points’ worth of competitive improvement in just four years. 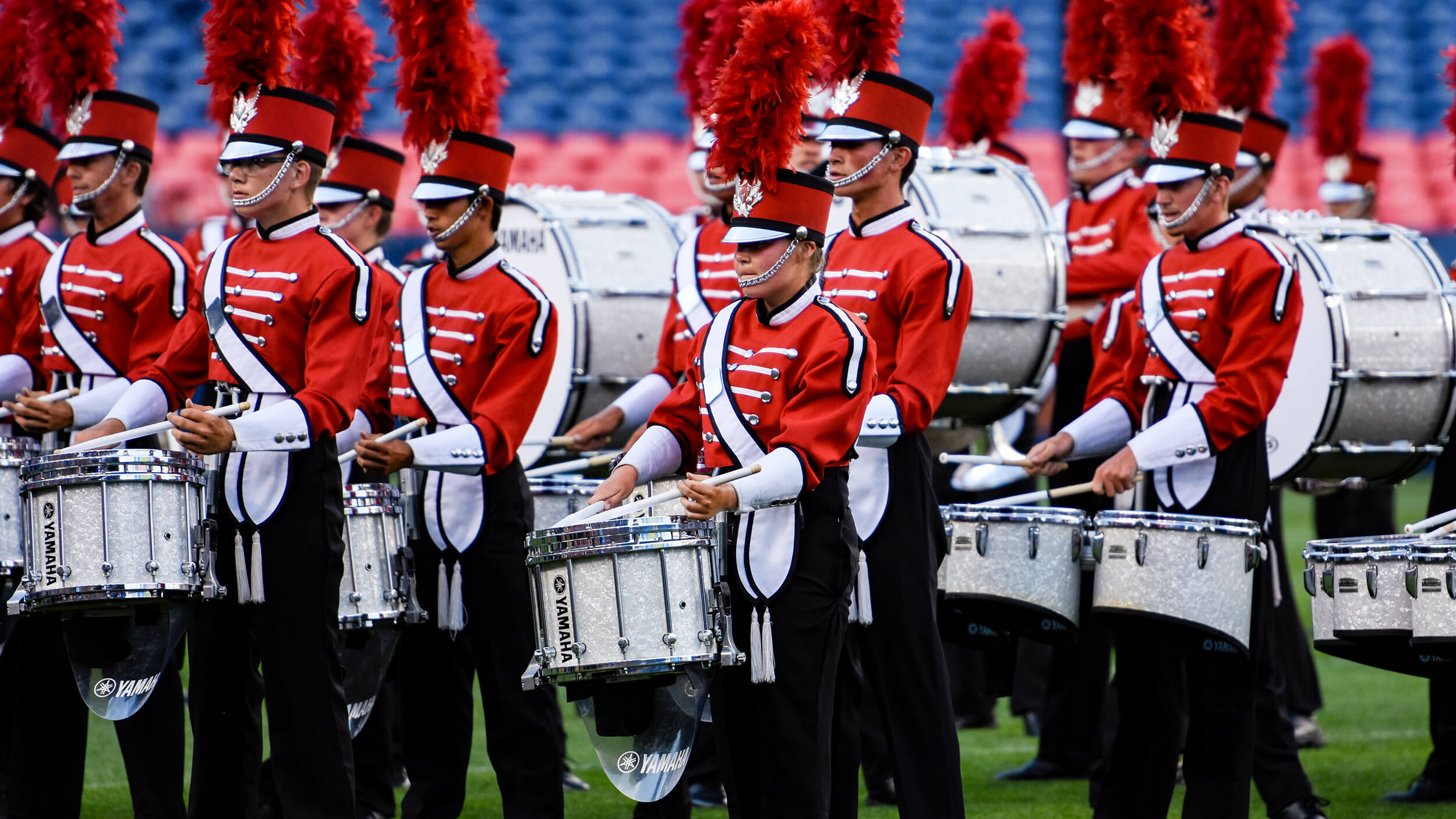 The Battalion performs in Denver during the 2017 DCI Tour.

Behind the scenes, it’s also the development of a talented instructional and design staff, a strong infrastructure, a recognizable brand within a wide region that’s largely lacking for Open Class drum corps, and a foundation for organizational growth and stability.

The process is important on and off the field, and The Battalion learned that first hand.

“We’ve always been growing, we’ve always responsibly pushed our limit,” Steinacker said. “But to go from a five-show tour to now being at championships five years later, that’s huge.”

“Our membership, from day one, has wanted to go to Indy,” she added. “But they’ve been patient in this process that we’ve gone through.”

The Battalion’s 2020 tour will, basically, cover the majority of the remaining Open Class boxes that the corps has yet to check off — stops in new states throughout the midwest, meetings with new Open Class counterparts, the whole nine. And obviously, it’ll all culminate in Indiana, the now decade-old stomping grounds of the week-long DCI World Championships.

But before it can write its name in the 2020 record books, the Utah corps, first off, has to get there.

That’s the newest challenge. That’s more than a thousand extra miles for a corps that has never performed further east than Denver.

For The Battalion, it won’t be easy, but it’s another way that the process comes in handy. Having slowly built to that goal rather than taking it all on at once, there’s an understanding of what it generally takes to make the trek to Indiana.

“We would love to return to Indy year after year,” Steinacker said. “And we believe with the things we’ve put in place, that will be the case. We feel very confident that what we do will be a success.” 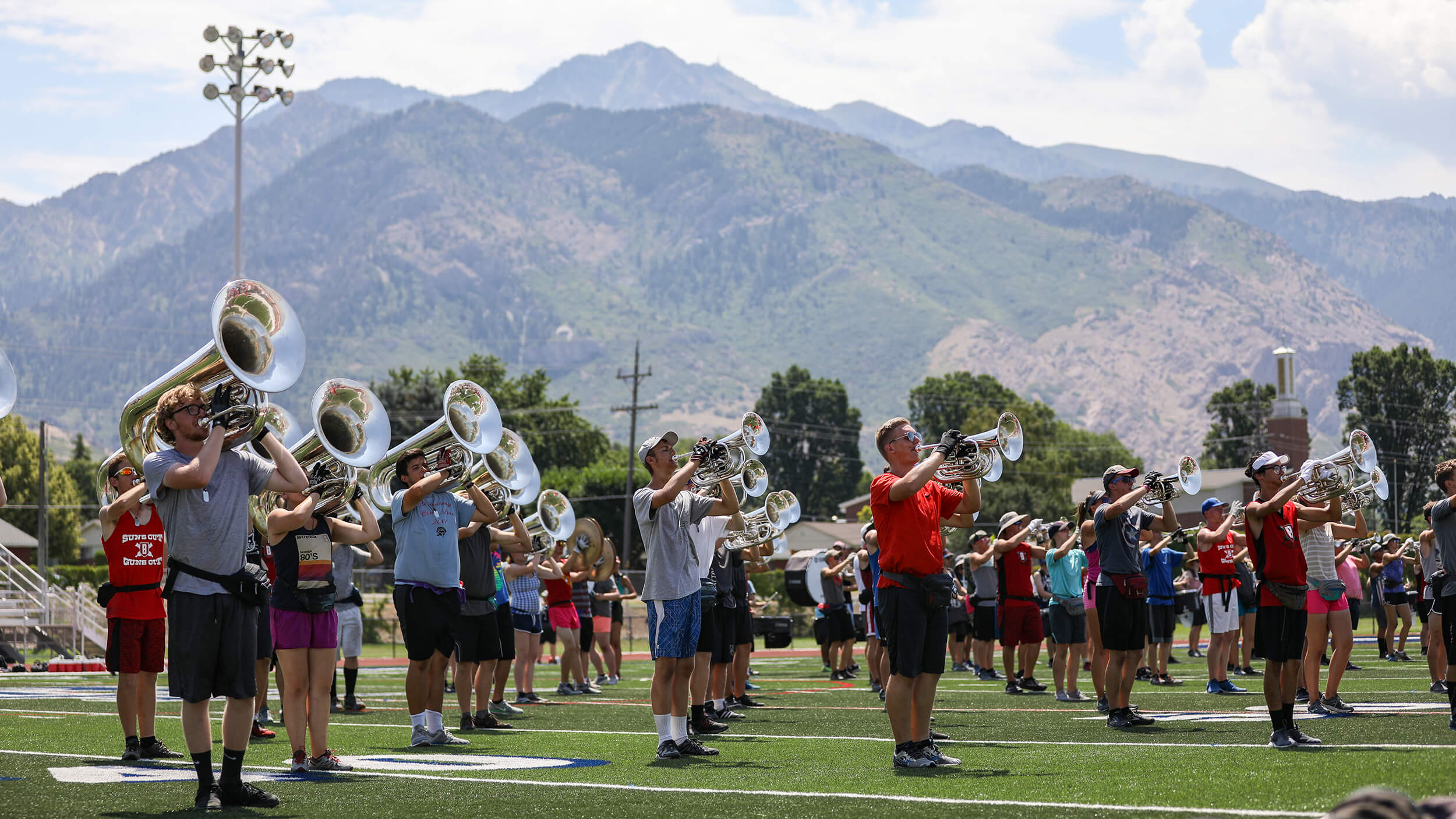 A 2018 rehearsal of The Battalion in Ogden, Utah, near the corps' Salt Lake City hometown.

The Salt Lake City corps has had help along the way, too.

Steinacker referenced individuals from the likes of Blue Knights, Vanguard Cadets, and Golden Empire — which just two years ago made its first appearance at the DCI World Championships — as those who have provided insight and advice as The Battalion pursues its newest milestone.

“We’ve learned a lot,” she said. “The community and other corps and directors have definitely helped us figure out the way to do this ... It takes a village to make this activity work.”

That’s just one example of the kind of love and support The Battalion has received from all corners of the drum corps community.

There’s a reason Steinacker received so many questions regarding the corps’ hopeful plans to go to Indianapolis. Drum corps fans have been watching this organization grow rapidly in its own neck of the woods, and are ready for the world to see what the Utah drum corps is made of.

As you’d expect, The Battalion is ready, too. They’ve been ready.