As the entire drum corps community looks ahead to the New Year and the summer of 2010, this week, Drum Corps International recaps some of the highlights of 2009, today with the most listened to episodes of DCI's popular Field Pass podcast. Check out all 45 episodes of the Field Pass from 2009. 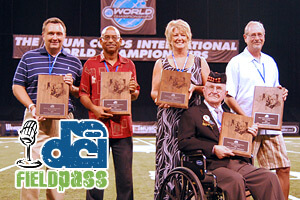 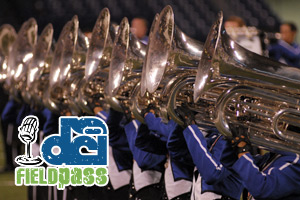 2. From heartbreak to history August 20, 2009: The Blue Devils, both the "A" and "B" corps, went from heartbreak in 2008 after narrow losses at the World Championships to making history in 2009. DCI's Dan Potter recaps the biggest week in Drum Corps International competition in this season-ending edition of Field Pass.
Flash Player upgrade required
Download and listen. (MP3, 20:20, 18.7 MB) 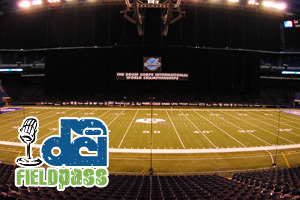 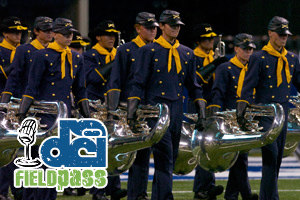 4. The dynamic duo August 6, 2009: The Troopers are poised this week to possibly re-enter DCI's coveted "Top 12" after a 23-year absence. Two of the people responsible for the renewed success of "America's Corps" are the brass arranger/instructor duo of Dean Westman and DCI Hall of Fame percussionist Ralph Hardimon. As DCI's Dan Potter finds out in today's Field Pass, the two have a long history working as a team.
Flash Player upgrade required
Download and listen. (MP3, 11:40, 10.8 MB) 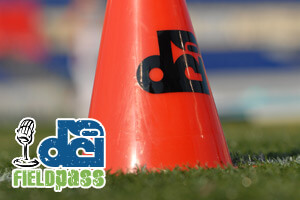 5. 2009 DCI Tour preview show June 18, 2009: On the eve of the 2009 Drum Corps International Tour, Field Pass host Dan Potter and DCI Hall of Famer Michael Cesario give us the word on the corps, the shows and the personalities we should be watching this summer.
Flash Player upgrade required
Download and listen. (MP3, 28:43, 26.2 MB)