After putting the finishing touches on a successful sixth season, members of Open Class corps the Columbians are looking to take their next steps as an organization.

Each of the corps’ seasons to date has each lasted about a week, consisting of anywhere between three and six competitive performances. In the years ahead, the Tri Cities, Washington corps aims to build on its experiences in the form of longer tours and more performance opportunities.

“Some of those first years, our goals at the end of the year were to field a corps the next year,” Columbians corps director Dillon Miller said. “Next year, we plan on trying to go back to Denver, which we went to last year and the year before, just extending our tour a little bit more, and then the year after that, we’d like to extend our tour even further.”

Competitively speaking, the Columbians wrapped up their 2018 season on Wednesday, July 11, in Ogden, Utah, with an individual record score of 57.950. But furthermore, the corps saw several risks pay off in terms of show design, that allowed their engaging production, “Danzon!” to be a major success.

“Someone once told me in this activity, if you have a chance, you have to take it,” Miller said. “We’ve taken a lot of chances in a lot of things. We’re featuring trombones for the first time, we’re using a lot more audio equipment for the first time, and this is the first time we’ve [purchased] our front ensemble gear as ours, so [there’s been] a lot of growth and a lot of new things.”

All of the Columbians’ major additions were in pursuit of one clear design goal. According to Miller, the corps aims to put together “fan favorite” shows that prioritize entertainment value. After going a more serious direction in 2017, he described “Danzon!” as the result of an effort to return to what the corps had been doing in previous years. 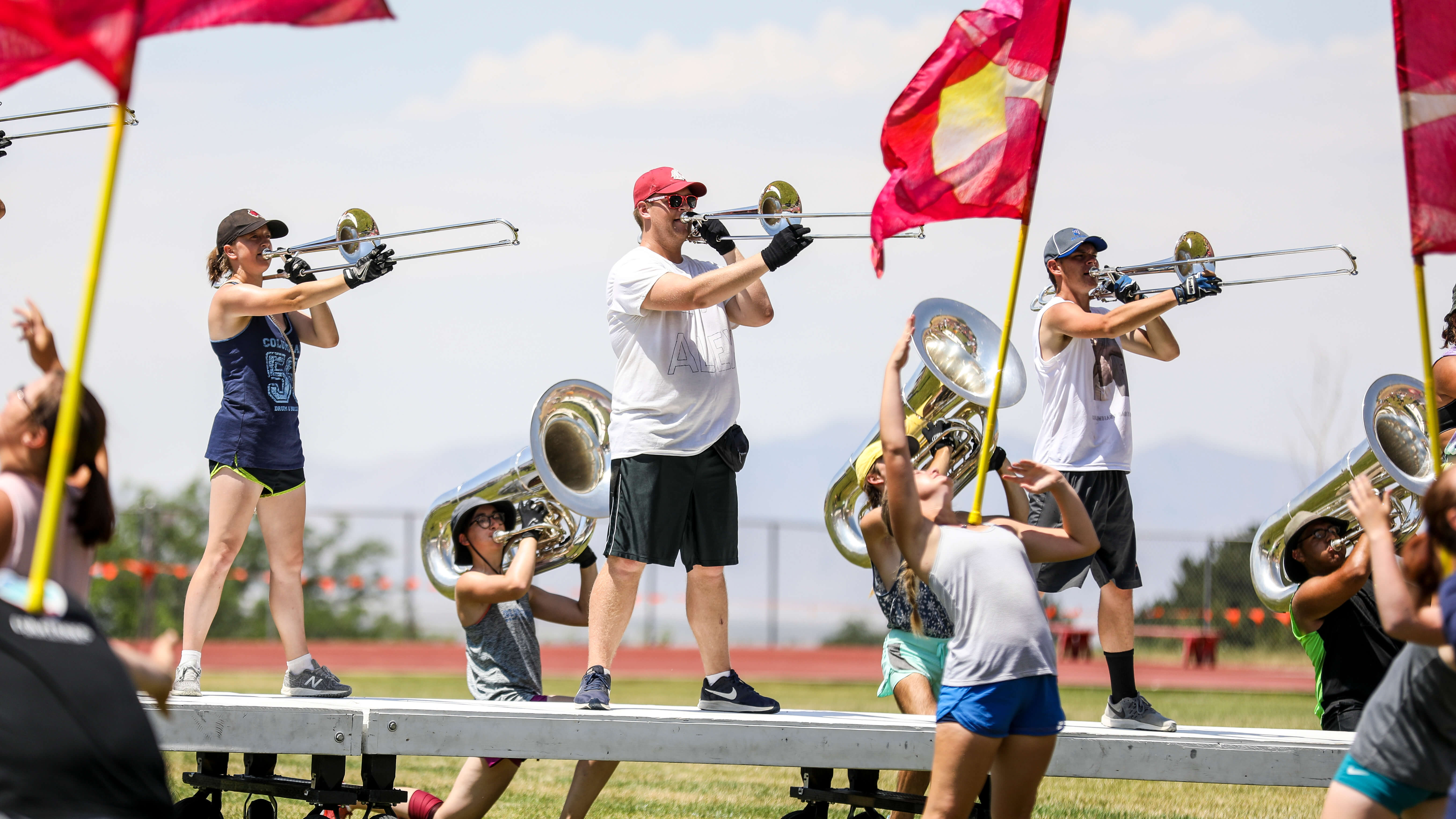 The corps’ 2018 production featured engaging arrangements of recognizable pieces like Camila Cabello’s “Havana” and Jennifer Lopez’s “On the Floor,” that have allowed members like horn sergeant Edie Engelmann to engage audiences through a vibrant on-field presence.

“This show is a little different from what we’ve done in the past,” Engelmann said. “It’s a party, it’s fun to perform, so I think the biggest thing for me has been bringing that performance energy. It’s not so much of a story, but it’s just [a feeling of], ‘I’m going to throw down, I’m going to have a good time, I’m going to show you what I can do.’”

According to Engelmann, now in her fifth year with the Columbians organization, the difference in the corps is night and day from where it was in her rookie season, just after completing her freshman year of high school. 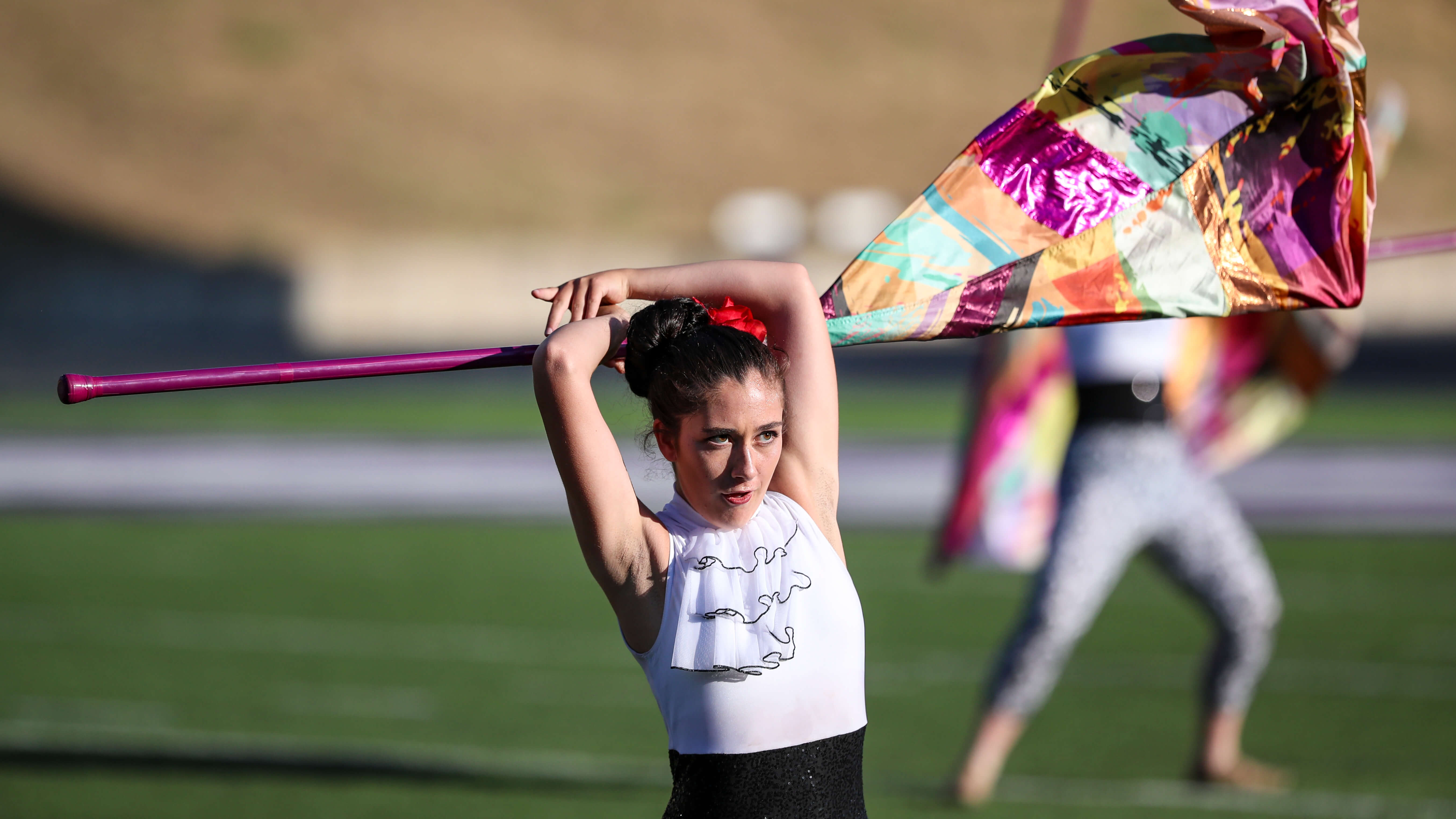 In terms of the production on the field and what she described as a “family vibe” that’s exhibited all throughout the corps, it’s clear to Engelmann that the Columbians have made major strides in their early years.

“We’ve taken a big step up, not only just in the size of the corps and the production value and all that, but just our staff and the show this year has been light-years better than it has been in the past,” she said. “I’ve been here for five years, so just seeing the corps grow like that has been really cool.”

And members like Engelmann — who still has two years of age eligibility left in the organization — are starting to realize they’re ready for longer seasons. With the progress the Columbians have made to this point, it’s likely those hopes will be fulfilled, to some degree, in the years to come.

“This is the first season where we’ve reached the end and I’m like, ‘I could do another week or two of this,’” she said. “I think in the next two years, it’d be really fun to add a couple more shows and show some new states and cities what we can do.”