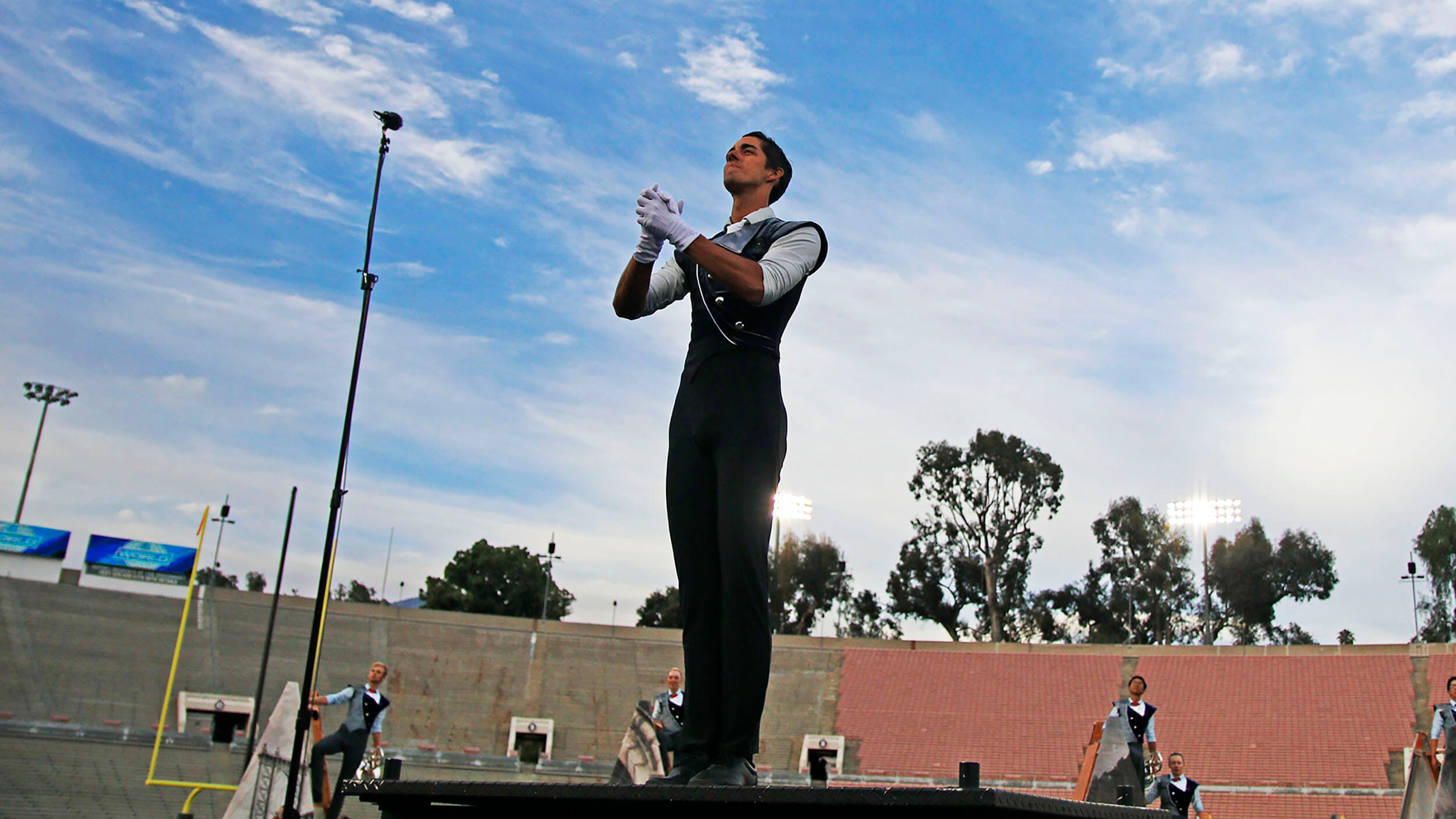 John Filippone and Cameron Wilson have a lot in common.

As Genesis’ head drum majors, each for three years, they’ve shared similar experiences. They’ve shared many of the same highs and lows.

But one of their biggest shared challenges was learning to become drum majors in the first place.

“I remember early on in my first year,” Wilson said, “John would always talk about how he was never a conductor before he started conducting Genesis and how the learning the process took him a while.”

Filippone — who started his drum corps career with Genesis in 2011 — was the corps’ drum major from 2014-2016, with Wilson taking over the role for the following three years after first marching with the group in 2015 and 2016. On their respective paths to podium, finding ways to pick up the basics of conducting was a major road block.

It took deep internet dives — those dives usually ending up somewhere in orchestral music categories — to find educational materials on things like hand patterns, timing, and other fundamentals of conducting.

“Cameron and I can recall from when we were drum majors that we probably scoured YouTube and everything for all the resources we could, reaching into the orchestra world and the wind ensemble world for lessons,” Filippone said. “Because there’s not much for field conducting.”

As such, Filippone and Wilson were inspired to fill what they saw as an instructional void for aspiring field conductors; they wanted to provide what they tried so hard to find when becoming drum majors, and they wanted to do it for free.

The end result of that brainstorming process was Drum Major Essentials, a free educational content series for conductors, offered by Genesis and created predominantly by Filippone and Wilson. 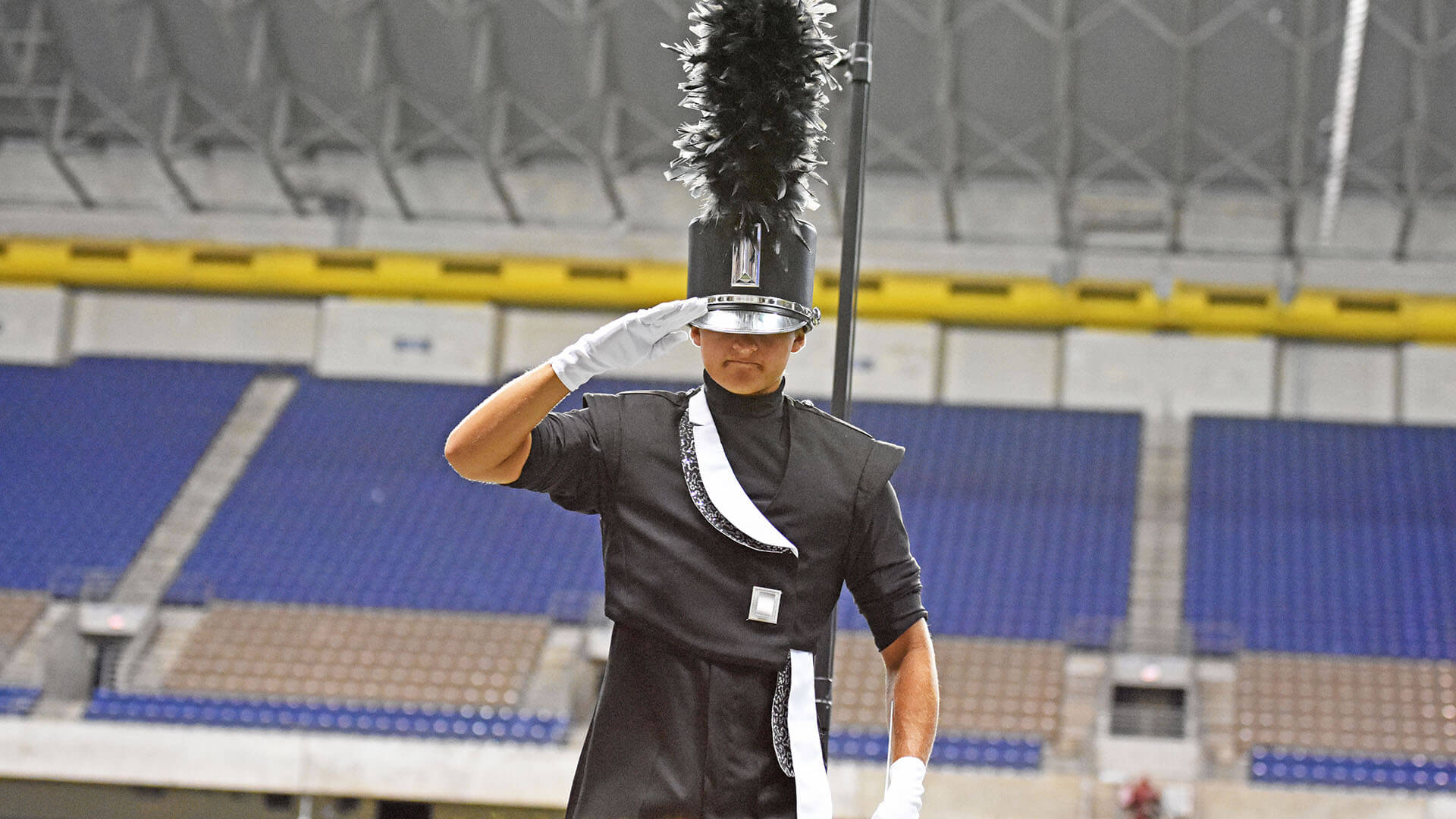 Initially, there was discussion of charging a small fee for the content, but ultimately, providing accessible education for all aspiring conductors was the top priority.

“There just isn't very much free content out there to teach these drum majors, unless you're willing to pay $400 or $500 to go to different camps,” Wilson said. “It's just super valuable to be able to provide that information to as many people as possible.”

Filippone noted that the project was alumni-funded, with its main cost being the production of the video itself. Filippone and Wilson utilized an Austin-based video agency, Hen’s Bread Productions, to create a package that, in total, features 48 lessons, 34 videos, and three-and-a-half hours of content, according to Filippone.

“I realized quickly I had no idea what I was doing in terms of video, so I reached out to some filmmakers and we hired Hen’s Bread Productions,” Filippone said. “They were great, and they came in during our spring training to film with the drum majors.”

The hope is that Drum Major Essentials won’t just be a key tool for students, but that educators will be able to make use of it as well.

Filippone noted that many of his colleagues in the high school band industry struggle to find students to become drum majors, whether it’s because they’re more interested in performing on the field or aren’t familiar with what it takes to be conductors.

The hope is that Genesis’ program, among many other positive effects, can bridge those gaps.

“Even though there are stylistic differences, we're going to be able to provide these fundamentals in a way that every organization and program can utilize,” Wilson added. “It’s all free, so if you utilize it, you're at least going to have the basis for what a strong conductor looks like.”

So far, public response to the Drum Major Essentials offering has exceeded expectations; despite only one initial social media advertisement of the program to date, Filippone mentioned that there’s already been a steady stream of signups right out of the gate.

And in the long-run, if more and more students are able to find and use the program as an accessible and informative starting point to become strong drum majors, Genesis’ goal will have been achieved.

“What was most important to us is just that we're providing this information, giving back a little bit to the community,” Filippone said. “Drum corps did a lot for us, and we wanted to give that back in as many ways as we can.”