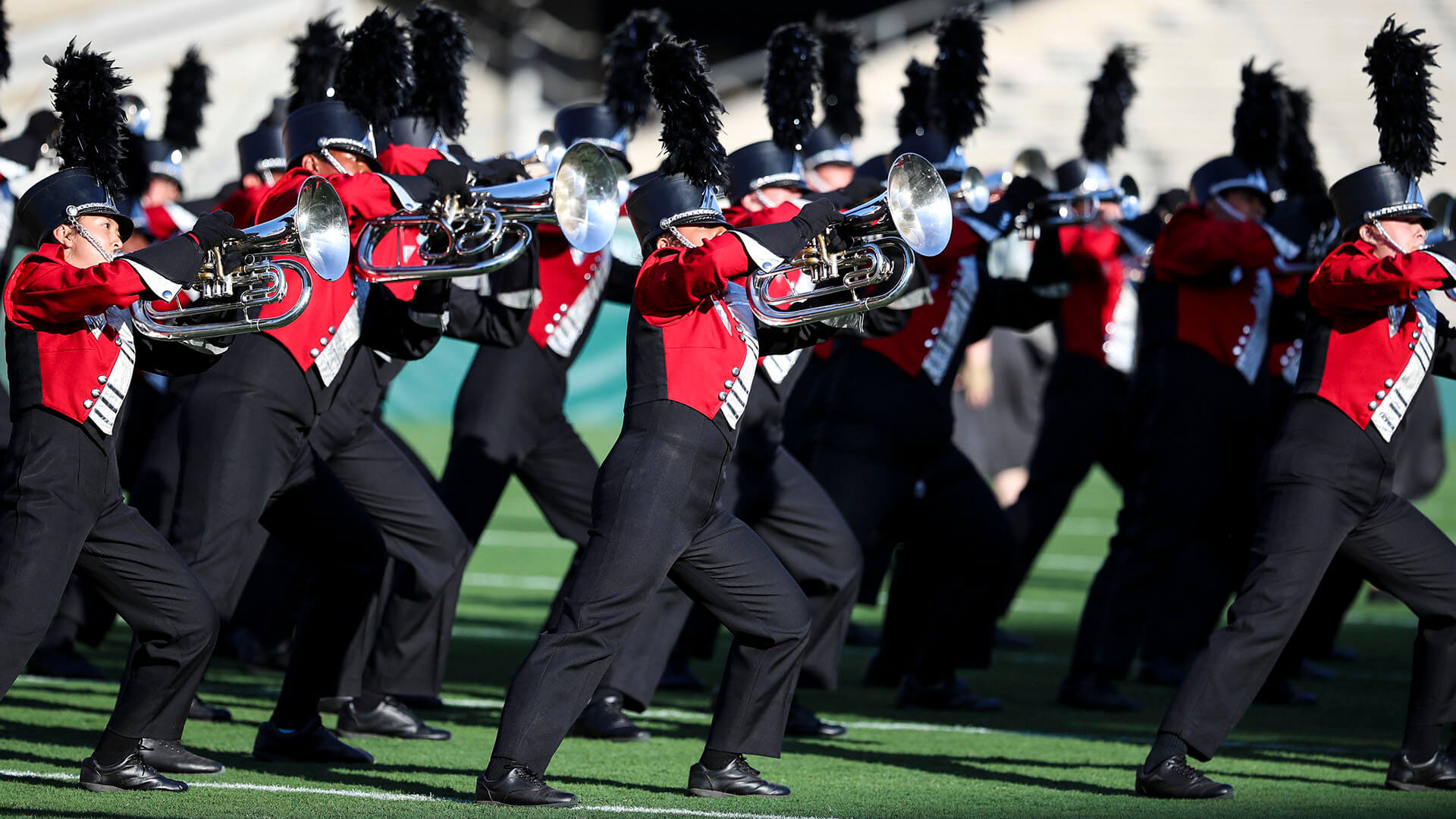 Rigo Enciso had heard rumors as early as last summer that it might be a possibility.

In late November, when they scrolled all the way to the final page of the newly-released 2018 DCI Tour schedule, Enciso and his fellow corps members at Golden Empire had their speculations confirmed.

That day, it became official. For the first time — as part of its fifth-anniversary season — the Bakersfield corps will travel all the way to Indiana to compete at the DCI World Championships.

Director Tim Heasley, who’s been with the corps since its inaugural season in 2014, experienced the corps’ delight regarding the initial announcement firsthand.

“When we got a chance to talk to the students about it and let them know, they were totally thrilled,” Heasley said. “Of course, the parents, the volunteers, the staff, they were really excited about it as well, but yeah, it was quite a treat to be able to talk about that.”

Despite the booming anticipation surrounding his corps for what will be a huge step in what’s been a constant upward trajectory, Heasley knows all too well that there are still five long weeks before World Championships Week events kick off this August in Michigan City, Indiana.

The focus, for now, is on staying the course on the road to the Midwest — a path that Heasley described as a “very rewarding challenge” from a logistical standpoint.

“Having been inside Lucas Oil Stadium a few times, I know how that can be a life-changing event for a student,” Heasley said. “I’m super excited about that part, but I also try not to think too much about it, because there’s also just what’s right in front of us that we need to make sure we’re handling so that we don’t get too side-tracked on the big picture goal of getting to the World Championships.” 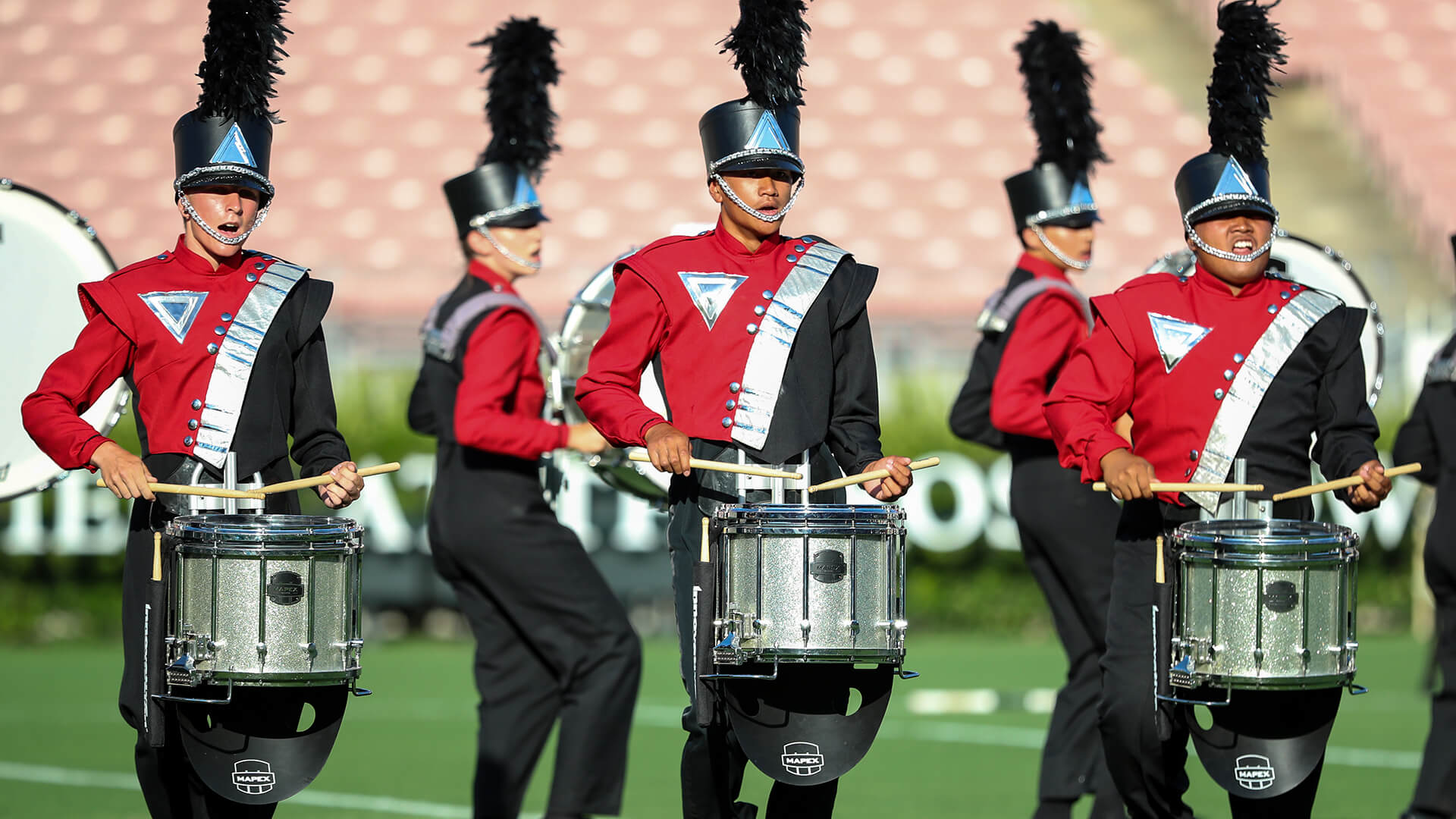 Ultimately, that kind of attitude is how Golden Empire has gotten to this point. All along, a trip to the DCI World Championships had been part of a five-year goal, but the process was much more focused on year-to-year growth.

Heasley and his staff did just that. Golden Empire opened in 2014 with a seven-show tour through California, with the following two seasons seeing the corps extend its tours out of state, to Arizona in 2015 and Utah and Colorado in 2016. Most recently, 2017’s tour went as far as Washington as part of a slate of 12 performances.

Clearly, since the beginning, the emphasis has been on a steady progression, and it’s already starting to pay off and then some.

“It was like a stress test,” Heasley said. “Every time we went a little bit further, things would go wrong, we’d learn how to deal with those kind of things, prepare better for those things. So... really, this fifth year was a goal that we were able to stay on track with, I think because we had taken a little bit of time each year to move toward it.”

Having learned along the way from the example of a number of successful corps, Heasley believes that Golden Empire is one of many testaments to the viability of the slow, patient method of long-term growth. 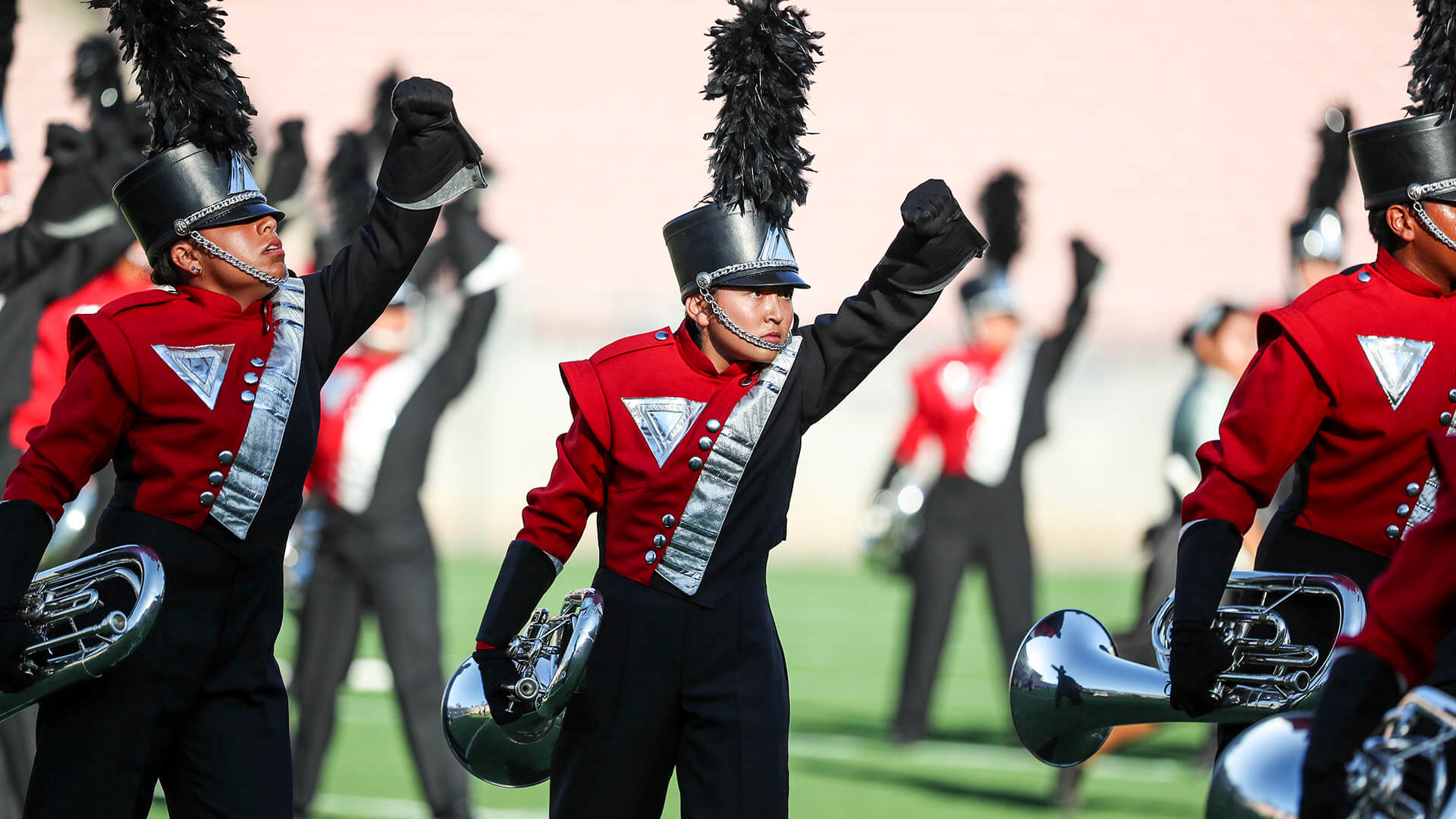 “For us, we’re here five years later, and I think that’s proof that that’s a good model,” he said. “We’ve learned from some corps that have done that very well. We have a lot of very supportive programs in our region and nationally that have adopted that plan, and we look to them as role models in terms of how to grow a good program.”

Even so, Heasley said that the past half-decade has flown by. The process, though, to this point, has set up Golden Empire for a bright future, and what should be a memorable culmination of its fifth season.

“Five years has gone by in a second, ” Heasley said. “But it was really important that we took that approach, because we want to be here long term. Hopefully it outlives all of us and sticks around for the students who are in our community.”