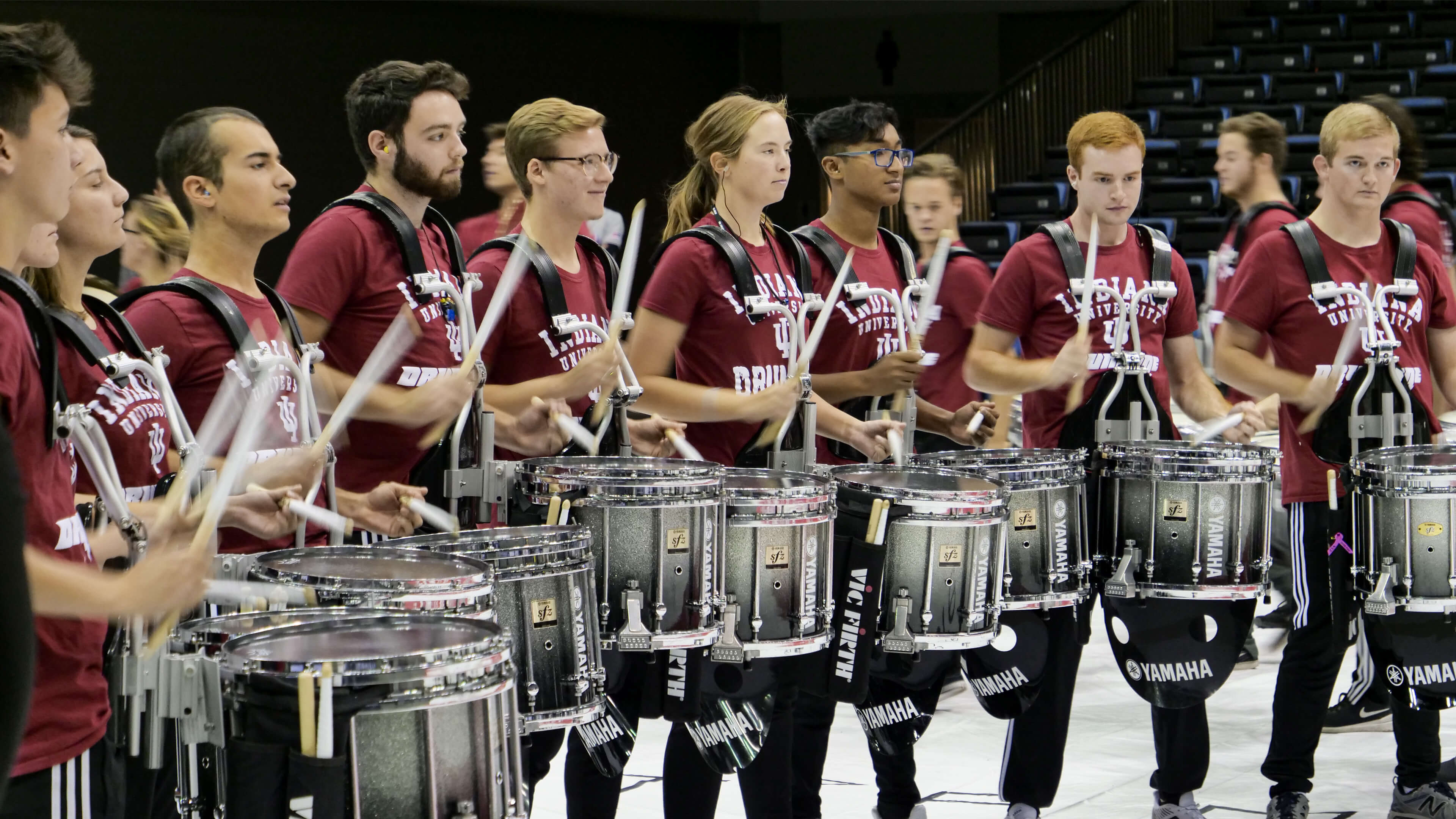 Out of an exciting field of six performing ensembles, a brand new champion was crowned at the fifth edition of DCI’s DrumLine Battle competitions at the Percussive Arts Society International Convention (PASIC) Friday afternoon in downtown Indianapolis.

This year’s winner came out of the collegiate ranks, as the Indiana University drum line emerged from three rounds of head-to-head competition to take the championship belt.

“We were very honored to be here and perform with all of the groups,” Indiana University snare drummer Matt Allman said. “It was a lot of fun.”

But the two-hour event hosted within the halls of the Indiana Convention Center was about much more than the “battling.”

The championship round featured the percussionists from Indiana University and the ever-entertaining FREE Players, the world’s first differently-abled drum corps.

Both groups engaged the audience and showcased admirable showmanship, all hallmarks of the DrumLine Battle platform. After the conclusion of their last battle, the two united for a friendly jam session to wrap up the day’s events. 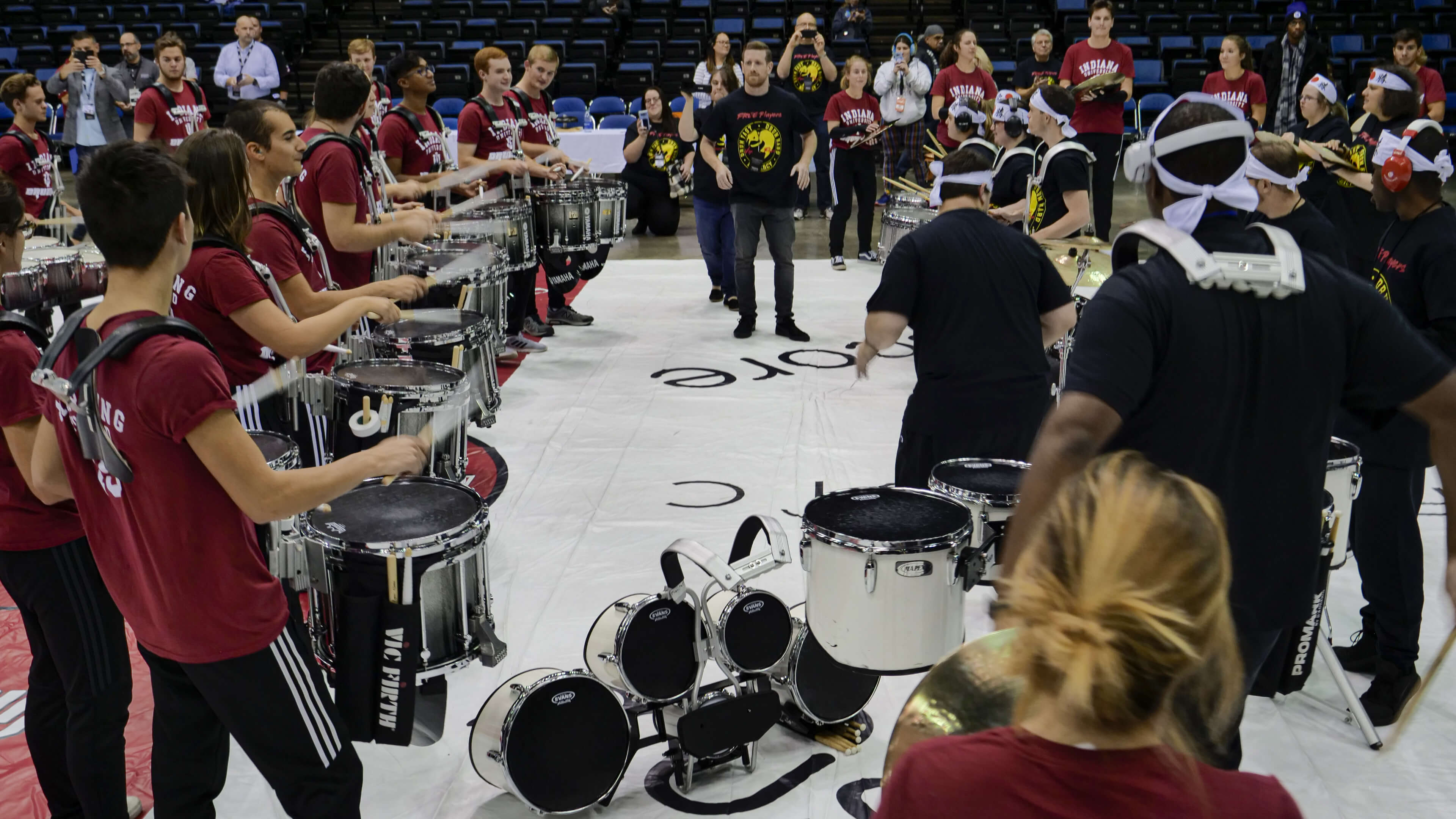 Members of the FREE Players and Indiana University jam together after Friday's event.

“I’ve seen a lot of videos of FREE Players, I’ve seen them in person a couple of times at DCI events,” Allman added. “To be able to play with them was really special and a big honor for us.”

In order to reach the final round of competition, Indiana University had to get past Cutting Edge Corps, a group of Zombie-esque characters whose day-to-day role is to perform at a Fort Worth, Texas haunted house.

Cutting Edge entered the weekend as the two-time defending PASIC DrumLine Battle champion, and — despite coming up short in the event’s semifinal round — once again displayed its trademarked energy, entertainment value, and musicianship.

“When the zombie guys came out, (I was) blown away,” said Tyler Fry, one of three DrumLine Battle judges and a widely-renowned Scottish tenor drummer. “The way they sold themselves as a drum line, I saw them walking down the hall walking in, and I had no clue what was going on.”

“Watching all of these phenomenal drummers performing, it was beyond just the technical component of drumming,” Fry added. “It was all about the showmanship. For me, that was really, really exciting.”