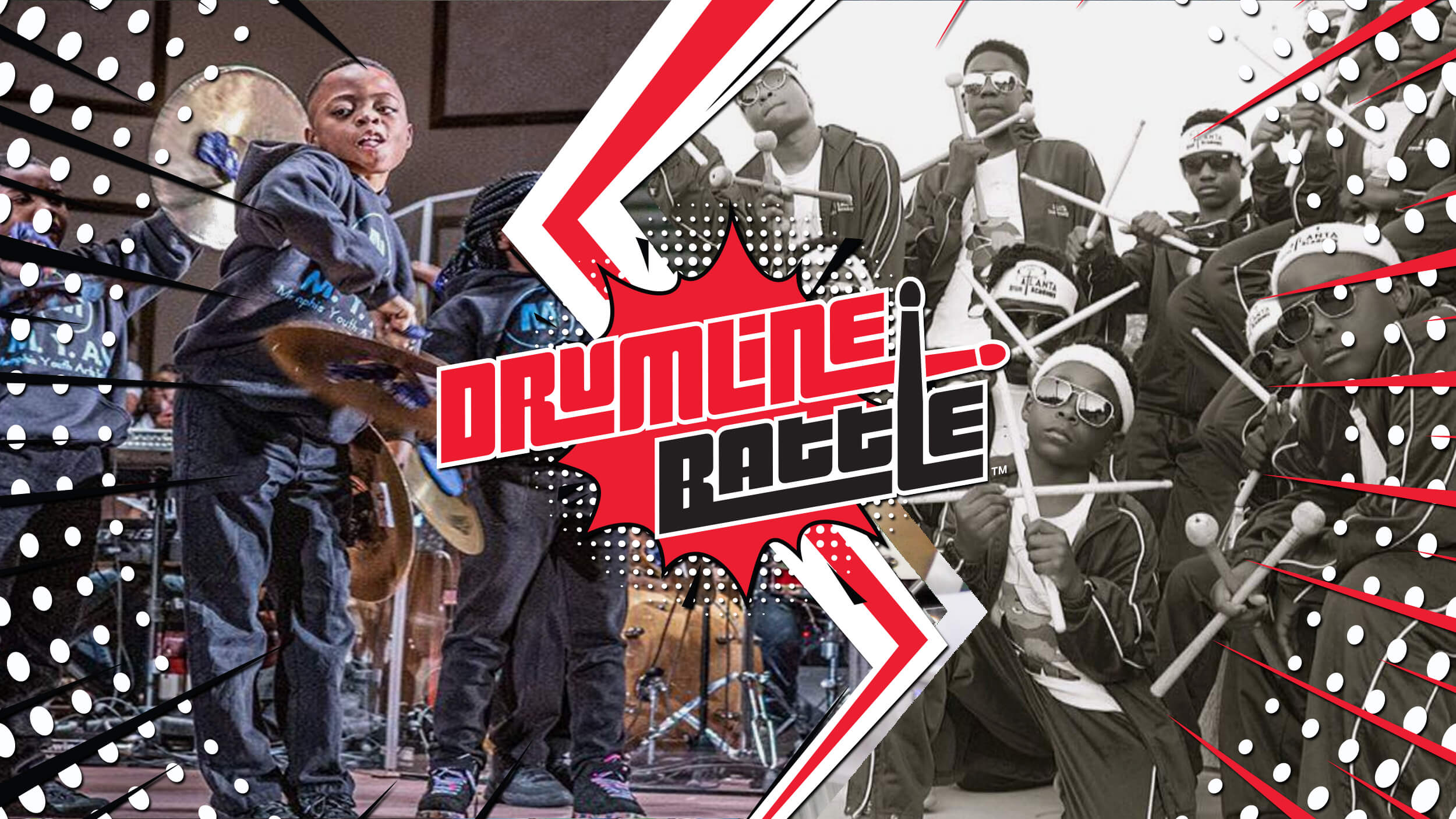 Set against the backdrop of the Drum Corps International “Celebration Events” taking place in Indianapolis August 12-14 to conclude an abbreviated 2021 DCI Tour, this very special event will be the first DrumLine Battle ever hosted on the final night of the Drum Corps International season, and the first sanctioned contest featuring competitive youth percussion ensembles.

The two participating teams are the Memphis Youth Arts Initiative from Memphis and the ATL Drum Academy from Atlanta. Each group is comprised of students ranging from eight to 18 years of age, and hailing from various diverse backgrounds.

The Memphis Youth Arts Initiative is a creative arts and academic enhancement organization that focuses on providing ways for youth to continue learning while engaging in opportunities geared toward helping them transform through music, movement and motivation. Embracing the philosophy of, “All Kids Need Something to Do,” founder and director Corey Travis has created a strong foundation in his community that supports students through percussion, visual arts, and personal development education.

Learn more about MYAI and support their trip to Indianapolis

The ATL Drum Academy has sparked a love for drums in dozens of students and continued to inspire others to start playing from their multiple television appearances, YouTube videos, and other performances. Hailing from Atlanta, Georgia, and inspired by his passion for teaching and his religious faith, founding director James Riles III enriches both his students and community with the motto “Pray and Play.”

Both groups will travel from their respective cities to participate in different events throughout the Drum Corps International Celebration weekend, which will culminate with M.Y.A.I and ATL Drum Academy competing head to head on the 50-yard line inside Lucas Oil Stadium during primetime on Saturday, August 14.