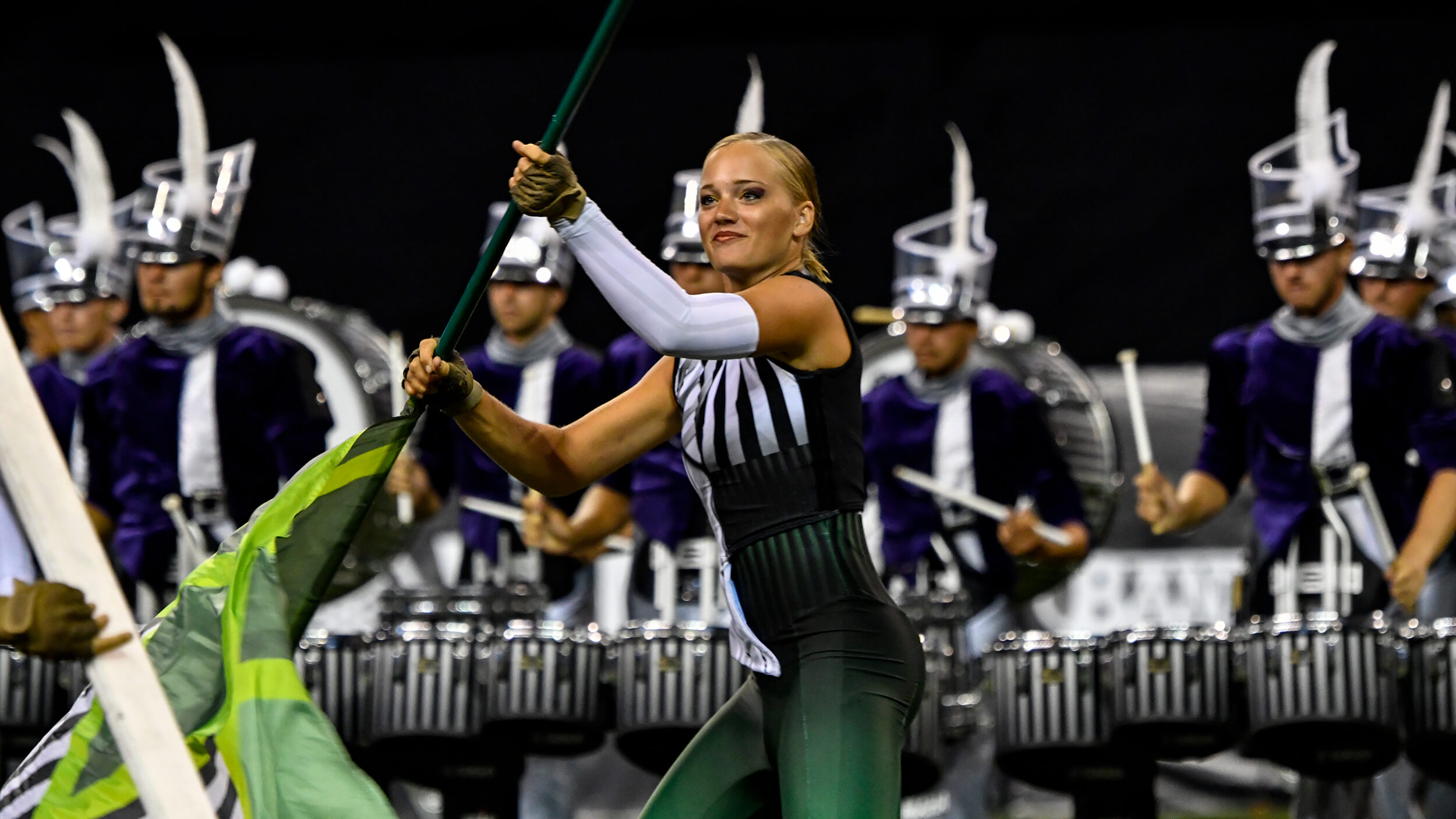 The 2017 Drum Corps International World Championships in Indianapolis ended as it had 17 times prior, with Blue Devils winning the title.

The Concord California corps’ “Metamorph” gave a glimpse at the organization’s 60-year history. The second-place Santa Clara Vanguard celebrated its 50th anniversary with “Ouroboros,” finishing among the top-two corps for the first time since 1999.

Carolina Crown duplicated the corps’ third-place finish from 2016, and The Cavaliers placed fourth, edging Bluecoats’ “Jagged Line” by about one-third of a tenth, topping its Midwest brethren for the first time all season.

The Deconstructivist arts movement inspired Carolina Crown’s cryptically titled, “It Is,” breaking down and fragmenting traditional form and structure. If the show was a work of architecture, it would be a building designed by Frank Gehry, architect of the Bilboa, Spain Guggenheim Museum and the Los Angeles Walt Disney Concert Hall. The show, like Gehry’s works, unpredictably dissected, reshaped, relocated, and rearranged assorted elements in unexpected ways.

Watch "It Is" on Blu-ray disc

It could be said that Crown’s wrap-around transparent acrylic headwear itself fragmented the traditional form of marching ensemble shakos, something Crown had done since its 2013 “E=mc2” show. Visually, members of the corps’ color guard treated the field as an art installation to be ripped apart. This act of “vandalism” started immediately prior to the first note of music when a lone guard member seemed to tear up a long length of the left 20-yard line.

The corps’ opening of Johann Sebastian Bach’s “Little Fugue in G minor,” originally composed as organ music during the first decade of the 1700s, represented the purity and order of traditional musical and visual structure and was a nod to a classic drum corps introduction. 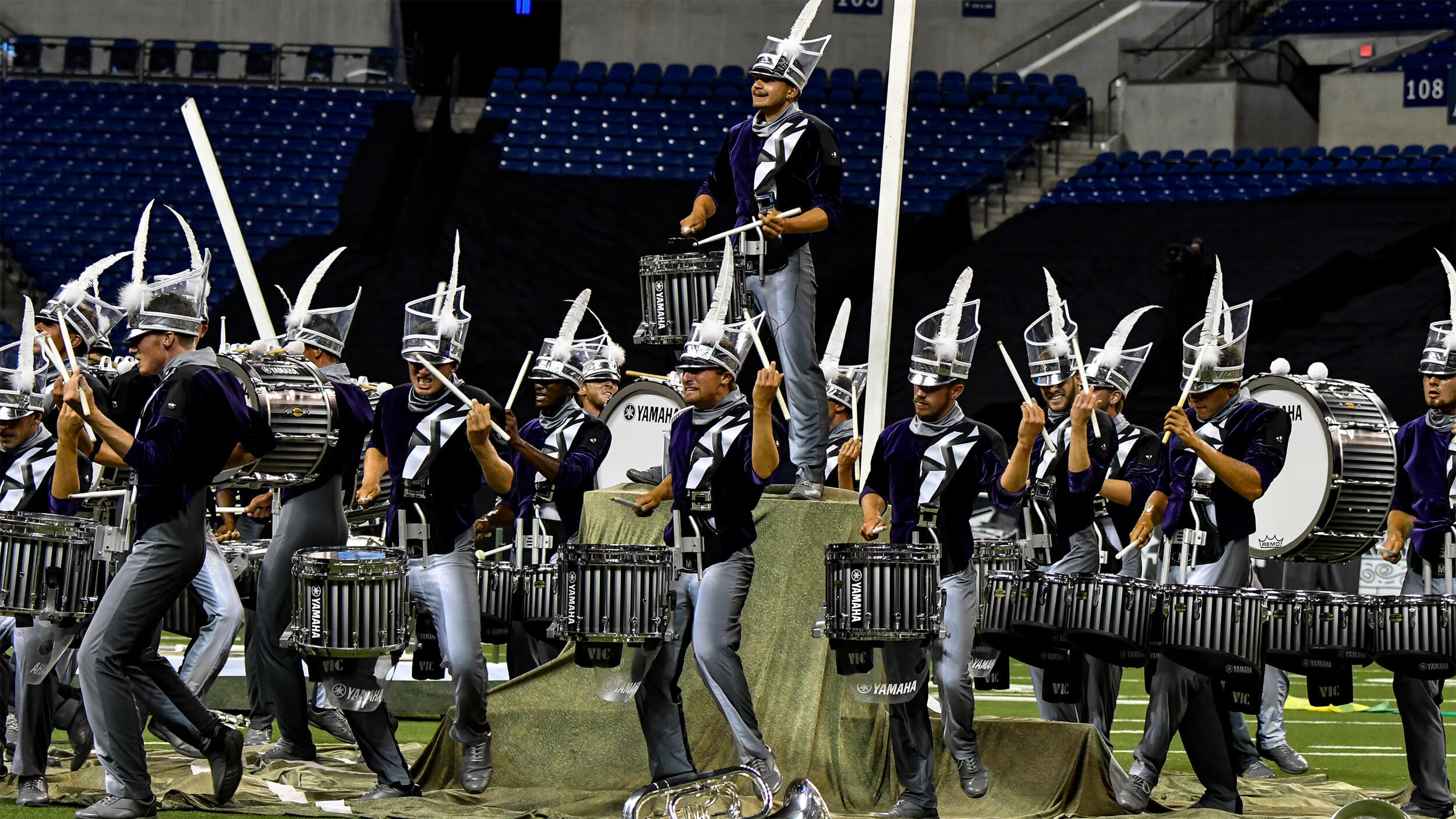 Next, Crown turned to William Walton’s “Crown Imperial” from 1937 that the corps first played in its “Postcards from Britain” show of 1997. In this rendition, the march only made it as far as the end of an opening fanfare, remaining incomplete as the field began to deconstruct. More color guard members picked up segments of yard lines and reset them diagonally awry, leaving behind faint dark lines that made it appear as if the actual yard lines were gone for good.

Next came the fourth and final movement of Vittorio Giannini’s 1958 “Symphony No. 3,” regarded as one of the great works of contemporary concert band literature. Blistering fast horn licks and articulate double tonguing highlighted Crown’s musical arrangement of the piece, delivered with a degree of dexterity that helped explain why the corps took top honors in the brass caption during the Finals competition.

The corps quoted from “London Bridge is Falling Down,” the impish fifth and final movement of Charles Ives’ “Old Home Days,” written by the innovative American composer in 1922 as a one-minute set of variations on the classic children’s tune, brimming with awkward time signatures that made it sound as if the corps members were tripping over their shoelaces. The brass players showed off an extensive sequence of triple tonguing, simultaneously incorporating the corps’ characteristic leg twists and turns. The selection ended loudly with an advancing company front, reminding all that the horn line could blast as well as captivate. 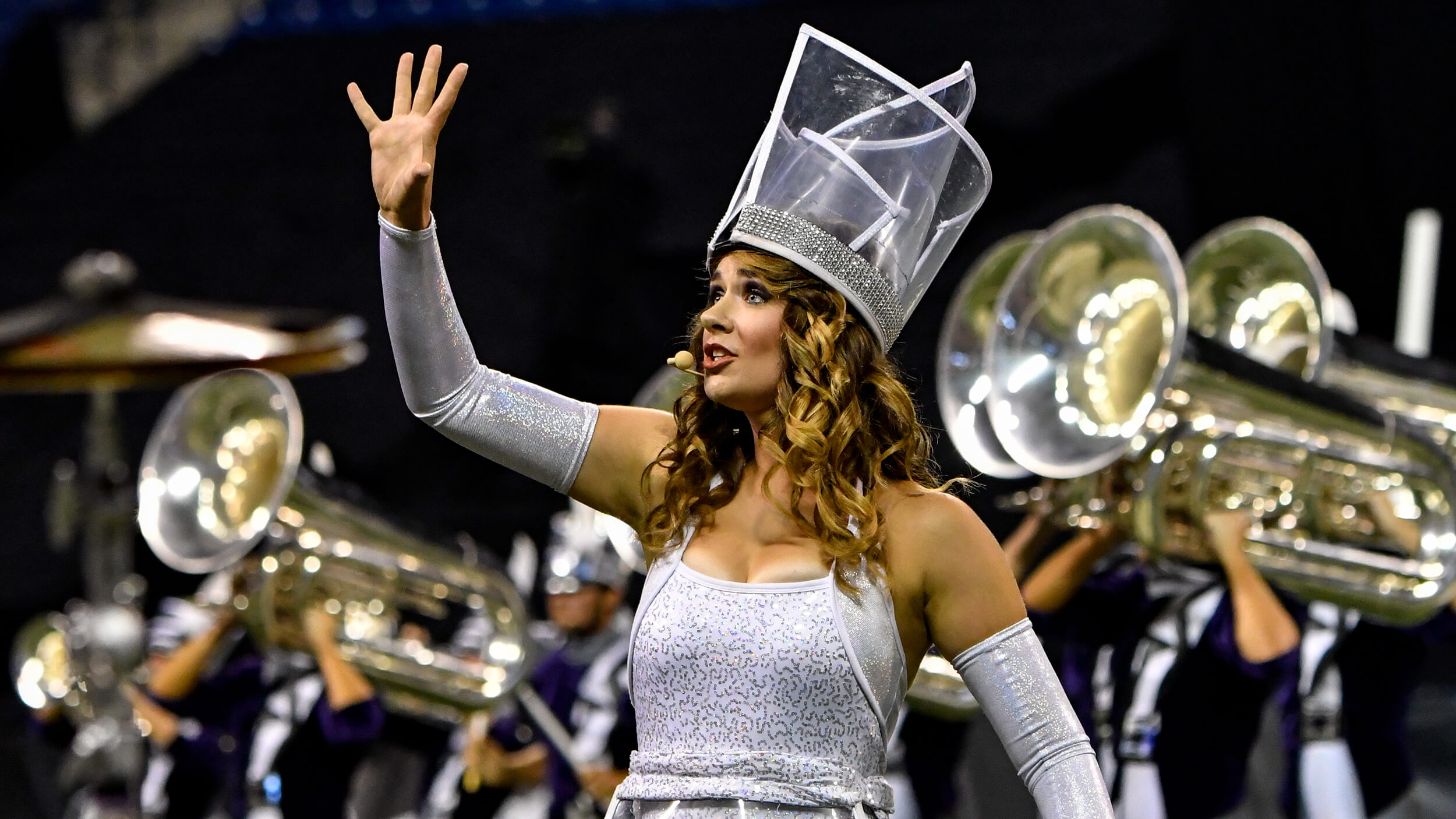 Crown introduced its vocalist for the piece “For Good” from “Wicked,” the 2003 Stephen Schwartz Broadway musical based on a book inspired by Frank Baum’s “The Wonderful Wizard of Oz.” Amidst the pairing of male and female color guard members, the melancholy-yet-hopeful lyrics were sung both to the audience and to the increasingly devastated field, several yard lines now pointing straight up in the air. The vocalist’s own apparel was deconstructed, her gown’s flowing skirt removed to reveal a transparent piece of acrylic around her waist akin to a lampshade, identical in material to the corps’ headwear.

Steel pan percussionist Andy Akiho composed “NO one To kNOW one” for his 2010 album of the same name. Containing influences of Philip Glass and Frank Zappa, the vocalist breathlessly uttered the incessant rhythm of Akiho’s text as the mood of the show became increasingly jumbled and baffling. The vocalist mourned the field she once knew as she sang, “I’ve lost my sense of direction

Philip Sparke wrote “Raveling, Unraveling” (“In Search of ‘La Valse’”) in 2016 for brass band, both title and melody inspired by Maurice Ravel’s famed 1920 work. Sparke’s take on the melody was anything but waltz-like, capturing the production’s increasingly intense bewilderment as the field continued to self-destruct.

The vocalist screamed out, “I know you!” echoing back to the “I knew you” from “For Good,” launching the corps into a reprise of the Bach fugue. A highly mutated version of the corps’ iconic crown drill form appeared, the image further distorted when members scattered to further deconstruct it. It was as if Bach stated, “Look at what you’ve done to the field.”

In one final debauchery of defacement, the brass players ran toward the right side of the field as yard line markers were ripped off the field, along with five large strips from the immense blue and white “INDIANAPOLIS” emblazoned in the south end zone of the Lucas Oil Stadium field.

The remains of the field encircled the performers as the last vestiges of the field were relegated to the dustbin of the audience’s collective memory.