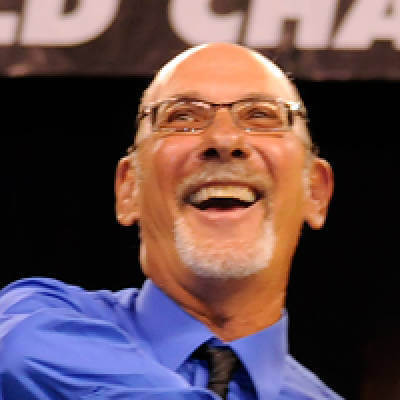 For more than 30 years, Todd Ryan has proudly worked "down in the trenches," teaching corps members how to march, while demonstrating his profound ability to "clean" the most complicated drill forms and movements.

"The practitioners/cleaners are sometimes looked upon as occupying a somewhat less glamorous step on the scale of who most influences the drum corps activity," said Hall of Fame member James Elvord. "Todd through mastery of his craft has shattered that tradition and has shown there is pure genius in the practical art of teaching. Todd is considered among the best, if not the best of all present day movement technicians."

Ryan got his start in drum corps in the 1970s first as a member of the 32nd Hussar, before spending seven years with the Madison Scouts from 1973-79. He went on to serve as a staff member with a number of corps including the Madison Scouts, Les Eclipses, Star of Indiana, Pioneer, and the Blue Devils where he still teaches today.

Many dedicated and extremely talented individuals make a career in drum corps never having the opportunity to instruct a group that has won a DCI World Championship. Ryan has not only achieved that feat with one corps, he's done it with four, including the Madison Scouts (1988), Pioneer (1991, 1995), Star of Indiana (1991), and the Blue Devils where he's been involved with an incredible string of eight championship titles since 1994.

Even with that almost unimaginable competitive success to his credit, Ryan continues to do his job with a trademark understated and modest demeanor.

"One thing that strikes me about Todd is his unassuming nature. He is always in the background," said DCI judge and Hall of Fame member George Oliviero. "He prefers do his work with the corps members and doesn't wish to be a visible part of celebrations and [judge] critiques, etc. That leads me to understand that his work is for the members!"

As drum corps performances have become more advanced and physically demanding, Ryan has been instrumental in developing new techniques to allow corps members to execute difficult maneuvers while playing, marching and maneuvering at fast tempos.

According to former Star of Indiana Director James Mason, who brought Ryan in to be a part of his corps' staff in 1989, "The technique that Todd perfected [with Star in the early 1990s] is currently one of the most successful marching styles that we have today."

Ryan's lasting legacy will no doubt be one that is measured by the sheer number of corps members he has instructed, many whom have gone on to become visual staff members and caption heads for top drum corps and marching bands across the country.

"Great teachers are the 'life blood' of great organizations," said former Blue Devils Director and Hall of Fame member Michael Moxley. "Todd Ryan's impact on the performance and competitive achievements of the Blue Devils has been tremendous, and the drum corps activity has been the beneficiary of scores of new teachers that have learned under the skilled direction of this 'master of the art.'"