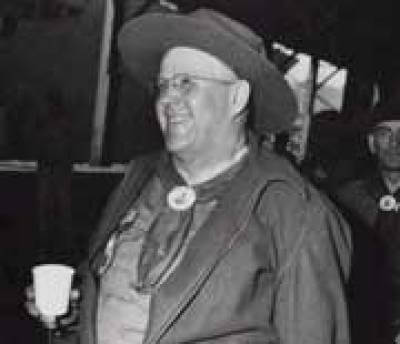 In 1937 C.H. was convinced to become the executive director of a new drum and bugle corps. With the acquisition of secondhand equipment and Beebe's boundless energy and enthusiasm, the Madison Scouts Drum and Bugle Corps was born in 1938. After interruption by World War II in the early years, Clarence coupled the combined talent level with his drive for competitive excellence and organizational ability to make touring a reality leading the Madison Scouts from the Midwest to compete in the East. Not only did C.H. create a powerhouse in the Madison Scouts, but by his personal examples of dedication and character he instilled in his boys the desire to succeed through the pursuit of excellence; he created a legacy that has survived his passing.